Joe Noone: Fork on the Road

Each month, Joe Noone pulls together 25 food trucks, thinks up a theme and puts on a festival. 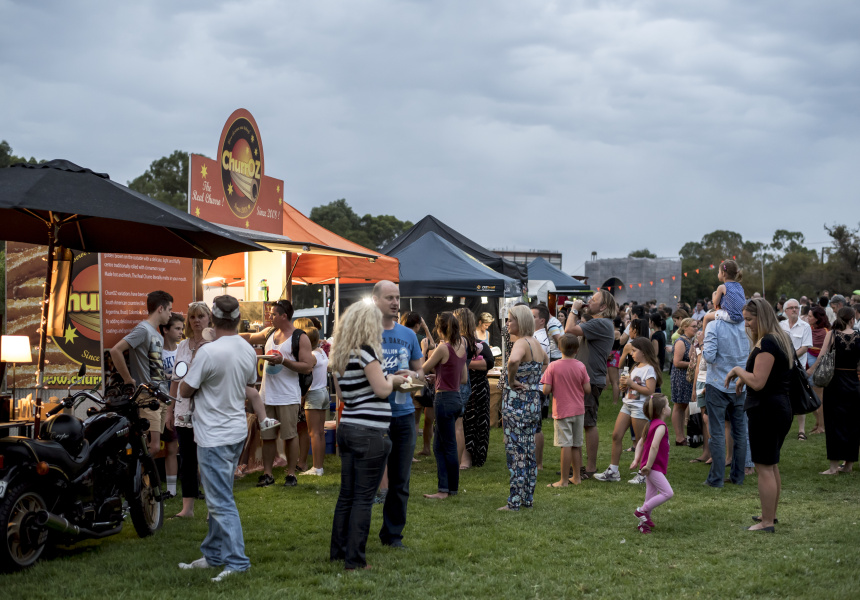 Joe Noone runs one of the most popular food events in town, but he still worries people won’t turn up.

They do, of course. The April 1 installment of Fork on the Road may follow in the wake of Adelaide Fringe and Adelaide Festival, but Noone should know by now to never underestimate the attraction of 25 food trucks and craft beer.

On paper, the concept is simple. You gather a bunch of vendors in a central location and they dish out the goods over a soundtrack of live bands. In reality, Fork on the Road is a much bigger beast to wrangle.

For starters, no event is the same. The theme and location change every month. This edition has been dubbed The Fork Awakens, and you’ll likely spot a few stormtroopers.

“We’re terrible with our puns,” he says, laughing. “I’m no marketing whiz but you have to be clever. Continuing to be good at something without a marketing budget is kind of hard.”

Diversity of vendors is important, too. “I say, ‘What do you bring to the table?’” Noone says. “It’s not a captive audience – if the food isn’t stunning, it won’t work.”

The first event, back in 2012 was meant to be a one-off. It was partly a reaction to local apathy.

Inspired by US food truck gatherings, such as the Washington DC festival, Truckeroo, Noone approached local vendors about a concept for a free event with street food at heart.

“It was hard work,” he says. “I sent invites out to vendors and nobody responded. So I literally walked the streets every day, ate at food trucks, put on weight and made friends with them. Then I had the trust.”

The first event was at lunchtime in the CBD’s Victoria Square. It was a 40-degree day and thousands of people turned up.

“The moment of ‘what the hell am I doing?’ came after the first one,” says Noone, who has a child and a full-time job at Renewal SA to attend to, as well.

Personally, Noone is not one to snap and ’gram his meals but he knows the power of social media. “I never understand when I see events pop up and they don’t allow people to post on their Facebook page,” he says. “Being transparent is really important. Apologise, say you’ll do it better next time and make sure you do. At the first craft beer event we didn’t have enough toilets because I didn’t think that many people would come. I’ve ordered double next time.”

Noone says people are surprised to find that there’s not much money to be made in community events. He’s scrapped and saved, often putting in his own time for free. Support from Splash Adelaide and local government also helped.

What stops him pulling the plug? People. “It’s been great to support a different range of small businesses; from food trucks, to musicians, craft breweries and security,” he says. And as for the punters, “I’ve watched people come, park their car across the road, get takeaway and leave. I’ve watched people come in with rugs, chairs and their own marquees and sit there for six hours.”

He smiles. “What I really like about it is that people come together and have a good time.”

The Fork Awakens will be held on April 1 at Light Square, Adelaide from 5pm to 10pm. Entry is free and families welcome.