A “quintessential Australian bistro” from one of the country’s top chefs. 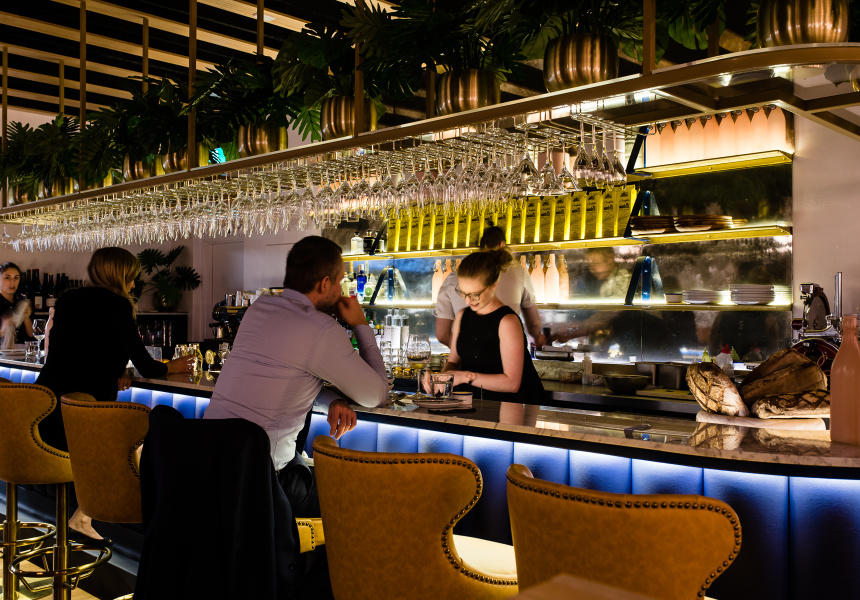 When Jock Zonfrillo replaced his ground-floor eatery Street ADL with Restaurant Blackwood, the turnaround was a lightening-quick two days. The name and menu changed significantly but the space stayed more or less the same.

Almost two years on, the Rundle Street venue beneath Zonfrillo’s fine diner Orana has relaunched as Bistro Blackwood – a name that more accurately reflects the venue’s ethos of approachability. But Zonfrillo says a two-stage rebrand was always the plan.

“When we changed Street into Blackwood, I wanted to do a different style of restaurant that was more approachable than Orana and more affordable … but I didn’t really understand where it would fit in the marketplace,” he tells Broadsheet. “And we didn’t have the money to do what we’ve done this time.”

The brief was to create “a quintessential Australian bistro,” says Zonfrillo. After a two-week refit the venue is almost unrecognisable. The once dark walls have received a fresh lick of paint – now a much more inviting marshmallow-pink and navy blue. The 100-seater has been split into two areas by a wall of booth seating, creating a sense of intimacy in the generous space.

The centerpiece is a glamorous, old-world bar with white marble top, navy blue detailing, and mustard and brass bar stools, designed by Zonfrillo himself.

Every piece of furniture and tableware has been carefully considered. But Zonfrillo’s not buying into trends. “Everyone’s doing this fucking depressed clay plate ware that’s all different shapes and dark. That’s not what a bistro is, you know?” Instead, he’s opted for classic white crockery.

A mural by Milanese artist 2501 has survived both rebrands. It’s a visual link between Blackwood and its upstairs sibling.

Staff now work across both venues under the stewardship of restaurant manager Greta Wohlstadt and head chef Sam Christopher. It’s part of a renewed and re-energised “symbiotic relationship between upstairs and downstairs,” says Zonfrillo. “By having the guys involved in the business as a whole and having one team, they’re having one conversation.” It also allows for a more conscious and sustainable approach to food preparation and food waste.

Education is a key focus for Zonfrillo, who also runs The Orana Foundation – a not-for-profit venture that fosters the preservation of Indigenous food culture. Now he’s taking steps to impart the knowledge he’s accumulated onto his staff.