A new west-side locale for dessert devotees, by the team behind Devour. 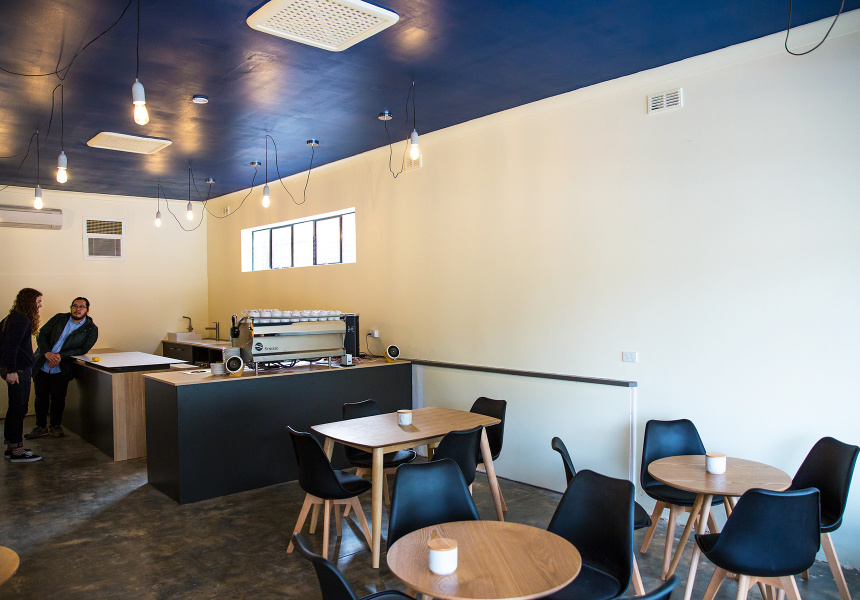 Inspired by the simplicity of hole-in-the-wall coffee shops in Japan, they’re working on Third Time Lucky – a 24-seat cafe in Lockleys. At 82-square-metres, it’s a little roomier than that, but it suits their needs.

This will be the third cafe Nguyen has launched without having done market research, and without a business plan. He admits he’s pushing his luck. “The new site was offered to us out of the blue. We weren’t looking for another shop, it was just too good to refuse,” he says. The suburban setting seems to suit Nguyen’s model. The original Prospect store always attracted queues, and the Richmond venue regularly hums with diners.

Long-term, the plan is for all its pastries to be produced at this new site, freeing-up much-needed space at the Richmond mothership. But for now, Nguyen and Dalziel admit they’re still finding their way – that’s just their style.

The pair is piecing together the interior as they go, laying tiles and even grinding the concrete floors themselves – something they’d happily never do again. A few important final pieces (such as the espresso machine) were installed this week and service will begin on August 1.

Like Devour, Third Time Lucky will pour a house blend by Five Senses and offer a range of filter coffees from various producers. Nguyen’s cakes and desserts will – of course – feature heavily, as well as some “left field” takes on classic savoury dishes.