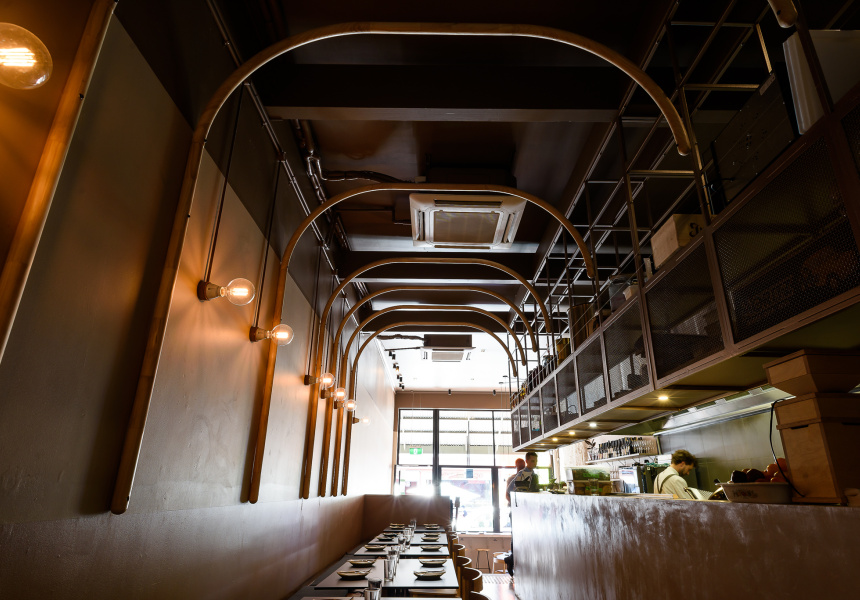 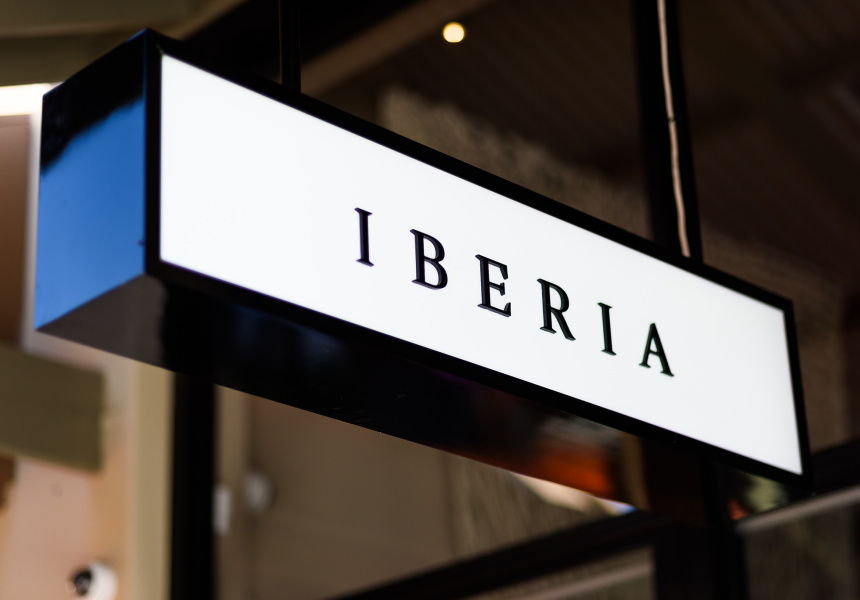 The basement of the former Bimbo site had to be excavated (by hand, because the space was too tight for machinery) and the ground floor has been raised to make room for a downstairs bar. Architect firm Williams Burton Leopardi (which recently renovated Exchange) completed the fit-out.

Before the sizable rebuild even began, Tom and his business partners, brother James and long-term friend and chef Andrew Douglas (MoVida, Eau De Vie), started cultivating an organic kitchen garden in Balhannah. It’s “fundamentally important” to the restaurant says Tom. For now, the yield is supplemented with produce from local growers, but the long-term goal is to be mostly self-sufficient.

“When we get to the point that we can grow enough to sustain the kitchen it will mean our menu is determined by what we can grow,” says Tom. That goes for the drinks, too. On the night Broadsheet stopped by, the black mulberry shrub (a vinegar-based syrup) used in the Rye cocktail was substituted with in-season plum. It’s not much, but it’s proof the team puts their philosophies into practice.

As the name suggests, the venue is inspired by the cuisine of the Iberian Peninsula, which encompasses Spain and Portugal (and smaller territories Andorra and Gibraltar and a bit of France). But you’ll have to reset your idea of food from this region. Iberia offers a “modern take” on Spanish and Portuguese cuisine, one that’s absorbed other cultural influences over time. “We’re not pigeon-holing ourselves into one type of Spanish or Portuguese food,” says Tom. “We feel like what we’re doing here isn’t done anywhere else in Adelaide, certainly not in the CBD.”

The open and light dining area at street level complements an intimate basement bar below, which has retained the original stone walls. The drinks list balances imported Spanish wines with low-intervention local wines. There is also an inspired cocktail selection. But the focus here is on sherry and vermouth, no longer considered contents of grandma’s liquor cabinet. Tom and the team are changing perceptions, one drink and one dish at a time.