The fresh threat of Omicron turned the city into a desolate ghost town. But some operators are seeing people (slowly) return. Now, rather than focus on their losses, they want a clear roadmap out of the mess. 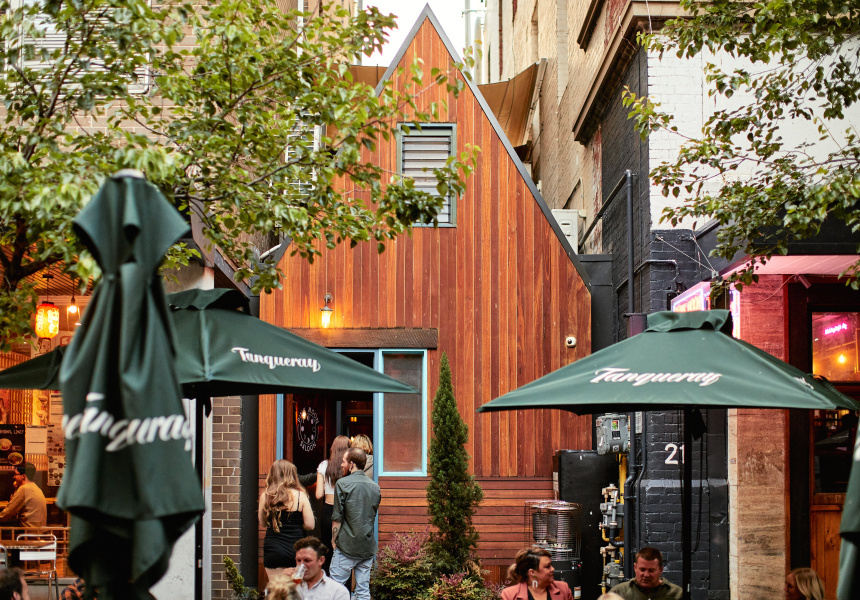 It almost feels like old times. As Broadsheet talks to Pink Moon Saloon co-owner Marshall King, the bar’s outdoor area on Leigh Street is at capacity. It should be noted that’s under one-person-per-two-square-metre restrictions. But King, who also co-owns Clever Little Tailor one street away, has seen a small spark of energy return.

And it’s not a one-off, he says. Last week he noticed a slow trickle of people back into the CBD. “I think we’re turning a corner,” King says. “And we are just trying to stay positive and keep morale up until that happens.

“There’s a few more people around town, and we know that return isn’t going to happen overnight. I suppose we are just trying to be here and ready for when people do feel comfortable coming back to work and coming back to town.”

Last month, government restrictions, combined with work-from-home directives and a heightened fear of the highly contagious Omicron variant, left Adelaide’s hospo venues practically deserted during what should have been their busiest season.

Over Christmas and new year – traditionally boom times for the industry – restaurants and bars fell silent. Places where you’d usually find every table full were suddenly not even able to even meet their 25 per cent indoor capacity limit.

Countless venues have also endured closures and staff shortages due to workers isolating, plus the near-impossible task for remaining staff of tracking down rapid antigen testing kits before coming to work.

Many traders are now calling on the government to provide a clear road map out of this mess, so they can prepare to reopen once the state emerges on the other side of Omicron’s peak. (Today, SA recorded its lowest number of daily cases this year).

For some, unleashing the highly contagious Omicron variant into the city after two years of restrictions has proved too much; east end restaurant Mum Cha and Prospect’s long-running Cafe Komodo both announced permanent closures last week. For others, while a return to normality seems a tall order, after weeks of uncertainty and lack of trade there are some glimmers of hope.

“What we now need is a broad understanding of when restrictions would be lifted – or even the changing of messaging of people staying home – would be useful. Then, psychologically and financially, we can plan.”

Olivia Moore, who owns Loc Bottle Bar in the east end, is banking on those changes. She says trade has been down about 55 per cent on the same time last year. A good summer trade, she says, can account for 60 per cent of her annual takings. Not this year.

“If you came here on a Friday or Saturday night you’d think it’s pretty busy, but it really should be twice as busy,” Moore says. “I’ve been working with no indoor dining so nobody is a close contact. But that means I’m solely reliant on outdoor trade, and it was raining all weekend.

“We can’t continue to tread water. I’m lucky in that I can scale down and I’ll work alone. What was a really great and vibrant community here is now much less vibrant.

“I also get that the government can’t continue to hand out money. There’s other ways they can help, like pushing Adelaide City Council to fast-track development applications for businesses.” This, Moore says, could help businesses adapt to social distancing requirements. In Moore’s case, it would speed up the process of adding a permanent awning to make her outdoor area less weather-reliant.

The state government has made several new payments available to businesses – including $3000 for businesses employing staff, $1000 for non-employing businesses, and an extra $1000 for venues in the city – under the Tourism, Hospitality and Gym Grant.

Big Easy Group director Oliver Brown (Nola, Anchovy Bandit, Bottega Bandito, Yiasou George, The Stag and Bowden Brewing) has noticed a distinct difference between the effects of the pandemic on his city venues compared to those in the suburbs.

“The suburbs and the CBD are in two different worlds at the moment,” he tells Broadsheet. “Our Prospect venues are down two per cent, where our CBD venues were down 50 to 70 per cent on the last 12 months.

“It’s an issue of public sentiment that I think needs to change. When it is safe to open up again, we need those capacity limits to be lifted straightaway and for that public messaging to change.”

Especially leading into the festival season, says Brown. “For us in the city, it’s a huge of part of the business for Yiasou and the Stag. The Fringe makes up about 25 per cent of the year for our city venues, so having those restrictions continue would severely impact the businesses because we need that revenue as a war chest going into winter.”

Joshua Dolman of Sunny’s Pizza and 1000 Island, which both had to close temporarily in December after becoming Covid hotspots, also wants clear communication from the government about the next steps.

“A clear road map would be nice. We are in the midst of a pandemic, and we absolutely understand that, but it’s just about knowing a bit more. The uncertainty gives people anxiety, and that’s people with businesses and people without businesses.” 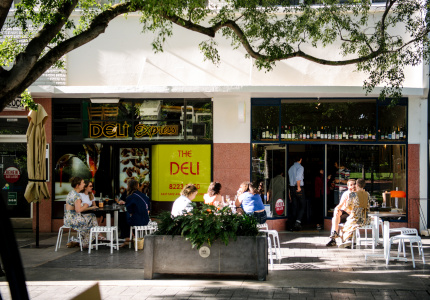