What does gin have to do with pangolins? What even is a pangolin? And why do they need our help? 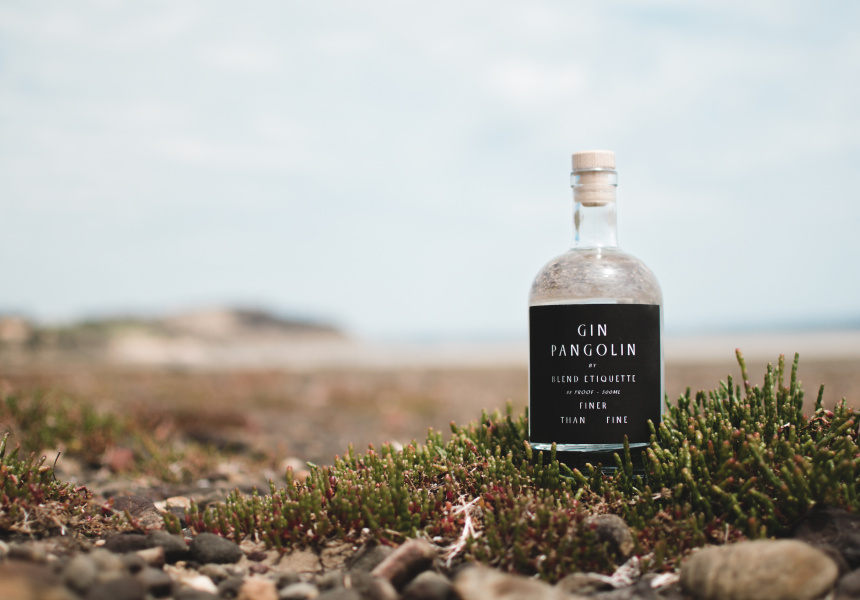 Lindon Lark, co-founder of the new Adelaide-based distillery Blend Etiquette, is the son of Jon Lark, who owns the award-winning Kangaroo Island Spirits. His mum, Flick Wright, fights for animal conservation in Cambodia. See where this is going?

Gin Pangolin, Blend Etiquette’s new South Australian-made gin, capitalises on the market’s obsession with boutique spirits to help in the fight to preserve the pangolin, a long-tongued, toothless, armoured mammal that looks like an anteater or armadillo, but is related to neither.

Pangolins, which are native to Asia and Africa, are “the most trafficked animals in the world,” says Lindon Lark. Their keratin scales and meat are believed by some to possess rare medicinal and nutritional benefits and are traded throughout Asia on the black market. Pangolin scales can fetch US$3,000 a kilogram, which makes the animal a popular target for poachers. All eight species of pangolin are classified as threatened with extinction, and two are critically endangered.

Lark was introduced to the creatures by his mother and his time in Chi Phat, a Cambodian ecotourism and animal rehabilitation community. A Youtube video she emailed him demonstrating how to cook baby pangolins hit him hard. “It was pretty grim,” he says flatly. He resolved to take action, meeting ex-poachers and researching various groups to find the right partnership. He settled on non-profit organisation Save Pangolins, which receives 10 per cent of the profits from sales of Gin Pangolin.

Lark and business partner Geordan Elliss both grew up by the ocean – Lark in Coffin Bay and on Kangaroo Island, and Elliss around the beaches of Adelaide. Their gin evokes the nostalgia of “sitting on the coast, eating fish‘n’chips,” Lark says. The perfect Gin Pangolin martini should be nice and dirty, balancing the spirit’s fresh, native lemongrass notes with a generous hit of brine.

While the first batch of Gin Pangolin (roughly 1000 bottles) was produced using his father’s still, Lark emphasises that the taste is distinctly different from the KI Spirit’s stable. “They’re super contemporary,” he says. The Pangolin has a more traditional, dry profile.

Lark and Elliss want to bring production closer to home , and they’ve launched a Pozible campaign to purchase and install their own still. Until the product launches officially, this is the only way punters can get their hands on the Pangolin to support the fledgling business and the cause behind it. “At the moment it’s harder for us to make gin than it is to sell it,” says Lark.

This is Lark’s second crack at crowdfunding, having successfully raised over 10 grand for Blend Etiquette’s debut, Snake Oil Tonic Syrup.

Gin Pangolin will be unveiled at The Howling Owl on February 16. There’ll be tastings, cocktails and vegan catering from Bob’s Bowls. The venue was an obvious choice: Lark tended bar at the popular gin-lovers’ haunt for three years, and Elliss is currently working there. It’s also served as Blend Etiquette’s unofficial headquarters for the past 18 months – where they produce their tonic syrup, and road-test new gin blends.