A disused Federation-era theatre has been given a slick new identity. 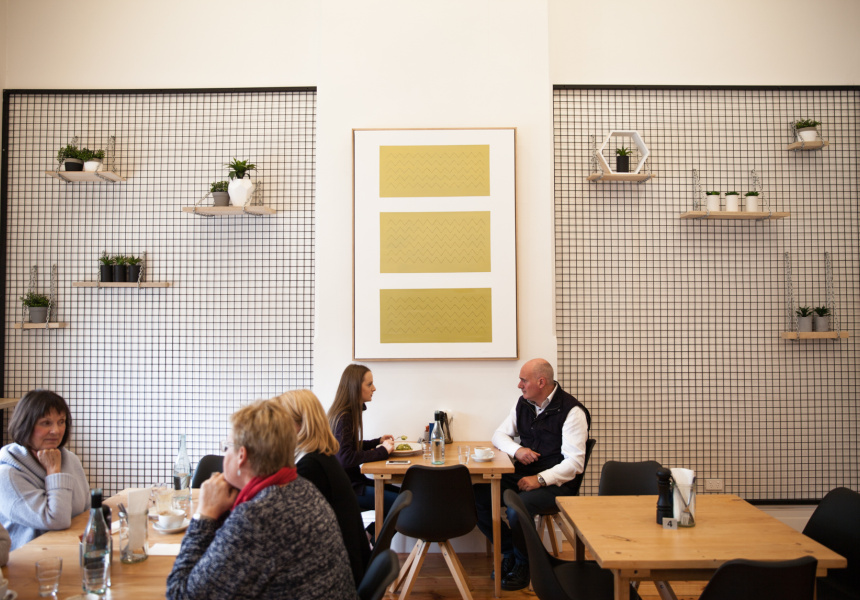 The team behind well-loved suburban outposts The Deli and Eire Cafe has ventured into the genteel wilds of Adelaide’s east with its third offering, Hibernia Cafe.

“I think it was derelict for eight or nine years, there was nothing here at all,” co-owner and executive chef James Russell explains of the 114-year-old Magill Institute building.

Now he and co-owners Zoi Kokoti and Stephen Lowery have given the theatre a clean, minimalist makeover that allows the lofty ceilings and Federation-era charm to speak for themselves. “All the design is Zoi’s vison,” says Russell. “Everything from the tables, chairs, hangings and light fixtures is all what Zoi had in her head.”

British staples like blood sausage betray the Irish and Scottish backgrounds of Russell and head chef Lachlan Mackinnon (the Hibernia moniker itself is the Latin name for the Emerald Isle). It’s just one example of the team’s attempt to shake up your standard suburban cafe fare.

“I tried the blood sausage as a special at Eire and Lachlan mentioned he’d made it a few times,” Russell says. “We agreed that brunch as a dish is quite eclectic. We didn’t just want something that if someone looked at it could have come from any deli or cafe.”

Although Hibernia is its own beast, Eire’s award-winning pies and desserts appear as quick lunch options for students ducking out from the nearby UniSA campus. Hibernia also shares the custom blend from Glandore’s Patio Coffee Roasters, which has already helped the team conquer Clapham and Thebarton.

All up, it’s an auspicious start to the Magill Institute’s new era. 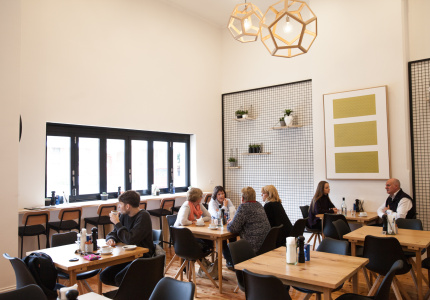 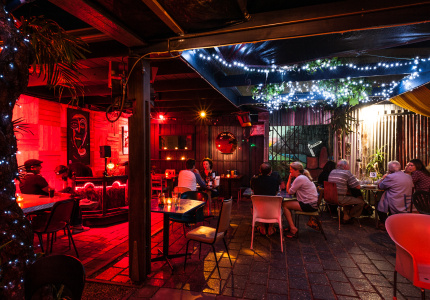