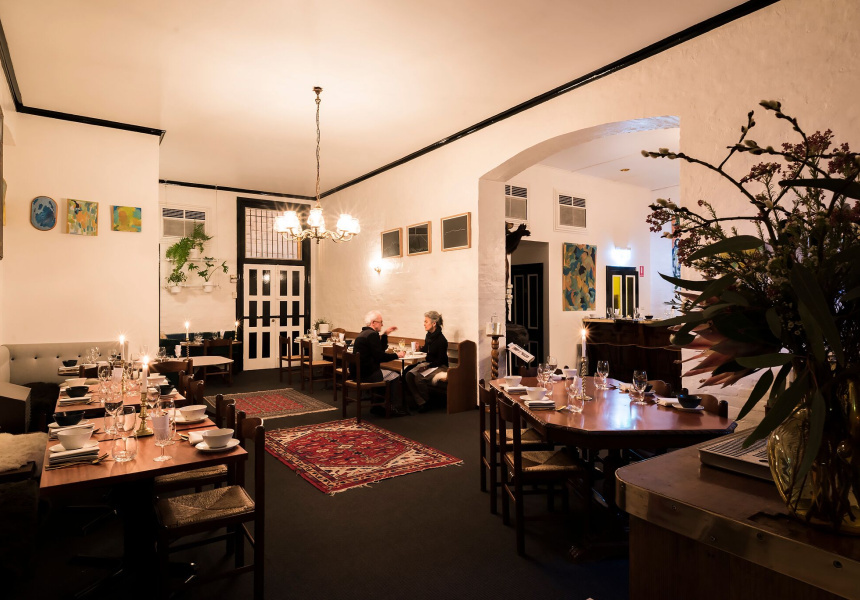 One year after reinvigorating the long vacant Chesser Cellars, The Henry Austin is calling last drinks.

Owner Max Mason made the announcement in an emotional video on Facebook today. He attributed the rise of services such as Deliveroo, UberEats and Netflix to a shrinking Adelaide dining scene.

The three level, partly-heritage-listed building was acquired by Renew Adelaide in 2016. They provided a rent-free lease for Mason and then-business-partner Tess Footner.

“Renew Adelaide have been absolutely amazing. They allowed the thing to start and have been brilliant in shepherding it through the last few months,” Mason tells Broadsheet.

Renew Adelaide’s lease ends on August 1. Mason says the tenancy under a landlord who is asking for “upwards of 80 … 90 … 100,000 dollars” is simply too steep to continue the business.

“It’s not busy enough. It’s not profitable enough and, particularly in the winter, where Deliveroo, UberEats and Netflix all had their first real presence in Adelaide, restaurateurs have seen their winter dining numbers slashed so massively that what is already a tricky city to endure a winter through, becomes an ever trickier city to do that.

“That and the fact that we’re still seeing the dining demographic dropping in numbers in South Australia … it’s very tricky to make ends meet over those very short but very hard months.”

It’s not for lack of trying. Mason recently diversified The Henry Austin offering to incorporate live music performances in the “HA Bar” basement. The weekly gigs were a “huge benefit but also hugely expensive”.

“If you want decent music you have to pay decent money,” he says. “I was paying $800 or so every week for brilliant live music to come in, but because Adelaide is still a city where there’s not one listings guide that everyone follows, and social media is becoming ever harder to penetrate – beyond the people who already follow you – it means getting the message out about anything that’s going on in the city is a very tricky thing.”

The space doubled as a performance venue during Adelaide’s festival season, when it rebranded as alter ego Henrietta’s. Mason also had plans to host a SALA exhibition in August.

It was a hit with critics, but couldn’t translate into bums on seats. “You know, every fair restaurateur blames his knife and fork … I’m well aware the concept, the space, our delivery of it was maybe flawed at times,” Mason says.

“But to have been included in the Best restaurants in Australia list and to have [our] chef listed as one of 50 best chefs to watch in Australia within your first year is a hell of an accolade. I shouldn’t be too sad about taking that away with us.”

The Englishman hopes to stay in Adelaide, but he’s yet to determine his next move. “SA is still the place I have fallen irrevocably in love with. I don’t want to go anywhere, but for the moment I have no idea what it’ll be.”

Last service is August 1. Go while you can.