The owner of Kintaro Sushi brings Hakata-style ramen to the West End. 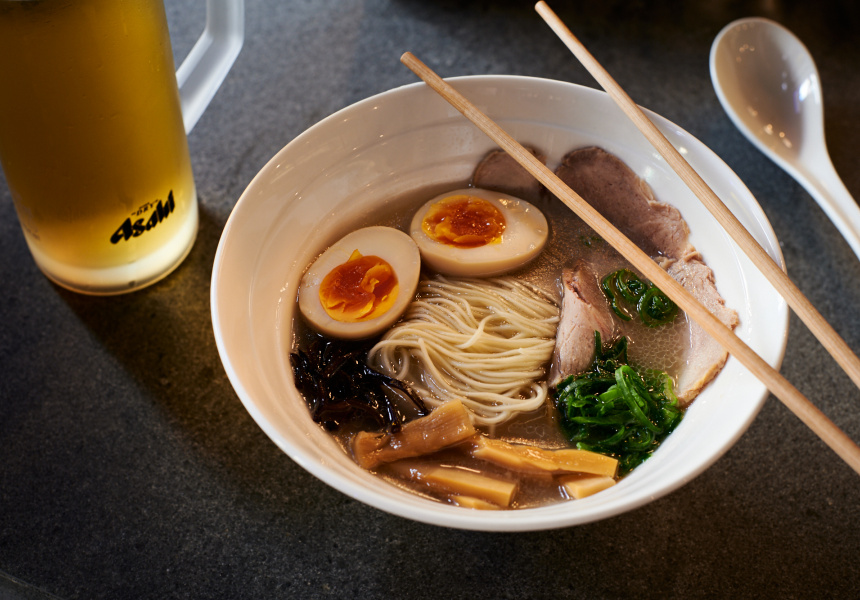 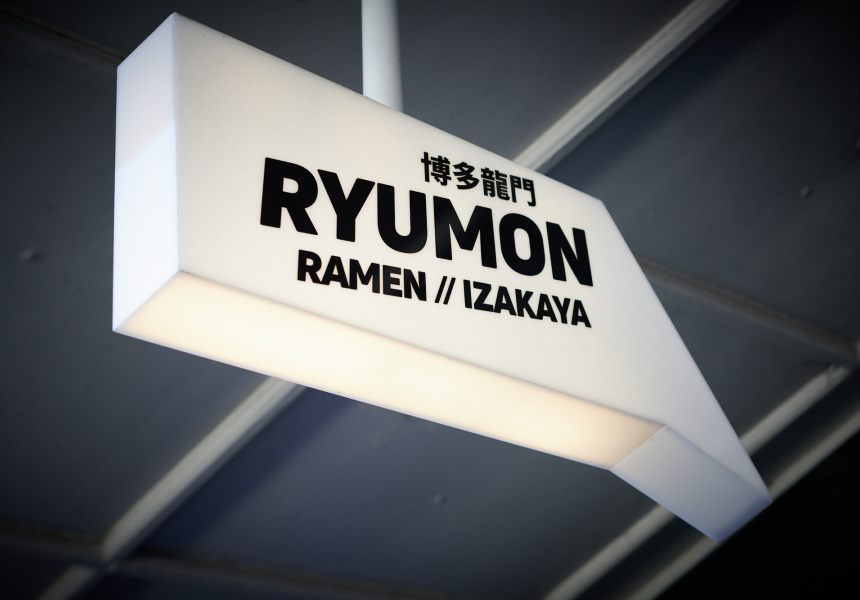 Born and raised in China, Gavin Huang developed an affinity for Japan’s food culture through his father-in-law, an experienced chef specialising in traditional Japanese cuisine. After moving to Adelaide in 2007 – initially to pursue a career in engineering – Huang launched sushi train chain Kintaro. When a spacious site on Hindley Street became vacant, he saw an opportunity to create a different kind of venue – an izakaya-ramen hybrid.

“Most ramen bars either here or in Japan, typically they’re a very small venue, they only sell ramen plus a couple of other small dishes,” says Huang. “In our restaurant we provide a lot more Japanese street food. For an izakaya bar, normally they don’t do ramen because it requires a lot more [work].”

Huang and his brother Joe (who manages the restaurant) travelled across Japan in 2018 and worked under a ramen-master in Osaka to learn the ins and outs of making ramen. The result is Hakata Ryumon Ramen & Izakaya, which opened beneath the Miller Apartments in September. As the name suggests, it specialises in Hakata-style ramen – thick, creamy tonkotsu (pork-based) broth with thin ramen noodles – which originated in the Hakata district of Fukuoka, a city in southern Japan. There’s also a chicken-based broth with thick noodles.

Huang simmers the bones the night before for eight to 12 hours. The broths are flavoured with either shio (salt) or shoyu (soy sauce). The noodles are prepared on-site using wholemeal flour and left to dry for two to three days so they remain chewy and firm when added to the broth.

The menu also has a selection of Japanese bar food – buns (with either chashu pork, prawn or karaage chicken), sashimi, yakitori and gyoza – to pair with the extensive drinks list. You’ll find more than 50 beverages, from imported Japanese beer, whisky and sake to local wines. For dessert, there’s green tea and sesame flavoured ice-cream.

The 90-seat space is by Faculty Design (who also designed the Kintaro joints and Seven Grounds). It’s modern and clean yet striking, with blue neon lights at the front bar and Japanese characters lining the entrance to the main dining room that spell out "welcome". A huge handpainted mural by local artist Gabriel Cunnett runs across the left wall, and a pink neon sign below it reads “Ramen Bar”. There’s also a private dining room that seats 12, and outdoor dining to be added this week.