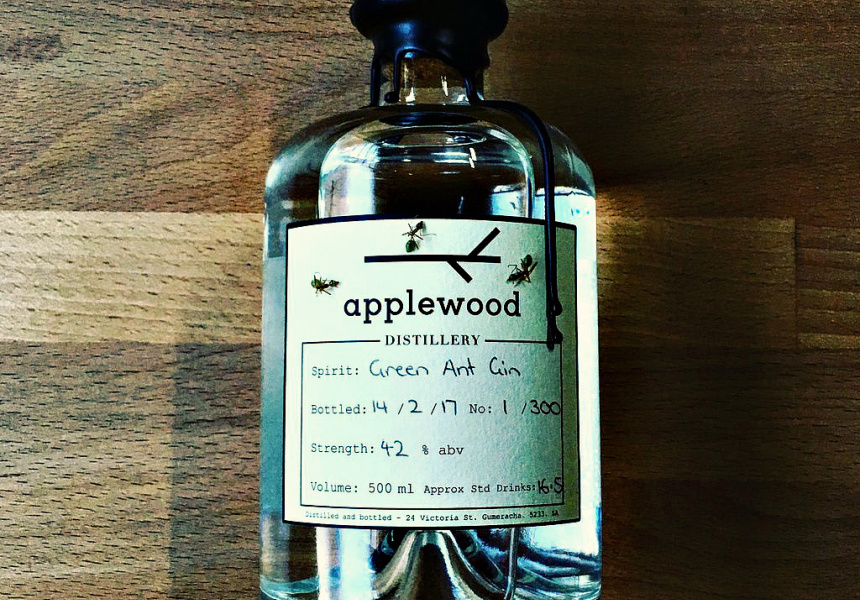 Australian gins have become known for their inventive use of native botanicals, but early last year Adelaide Hills Distillery’s Sacha la Forgia discovered that some of the ingredients he was using were not being sourced ethically. To rectify this he contacted Something Wild, a company specialising in sourcing native ingredients sustainably in partnership with traditional landowners.

The two companies decided to collaborate on a range of spirits and one unusual ingredient stood out immediately. Green ants are high in vitamin C and are well known to Indigenous communities in Northern Australia as a traditional remedy for colds. But La Forgia was more interested in their tart, zesty flavour. “They taste like lime and coriander, so they’re just perfect for a gin.”

Meanwhile, Brendan Carter at Applewood Distillery reached the same conclusion independently and released his own Green Ant Gin last week. It’s been a long time coming, and not just because he needed to perfect the recipe.

“We started playing around with green ants two and a half years ago,” he says. “The only thing that held us off actually bringing it to life was finding suppliers with permits.” The gin also features lemon aspen, desert limes and blood limes.

Once both gins are released, Zonfrillo will host a tasting event at Orana.

Applewood’s limited release Green Ant Gin is currently available on its website and Something Wild’s Australian Green Ant Gin can be purchased here.