The owners want it to be as comfortable as hanging out at your mate’s place – only with better wine. Plus snacks such as pig-trotter croquettes, black pudding, scotch eggs and Japanese fast food. 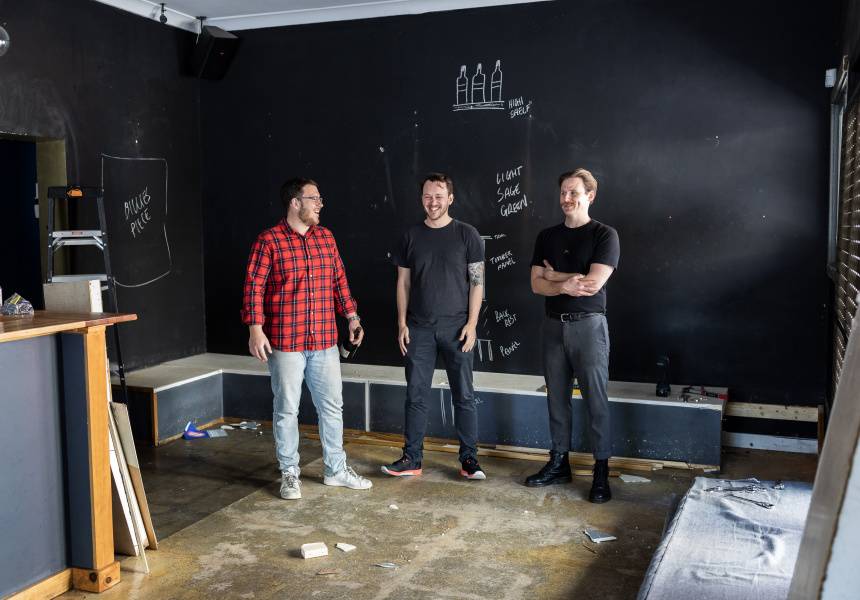 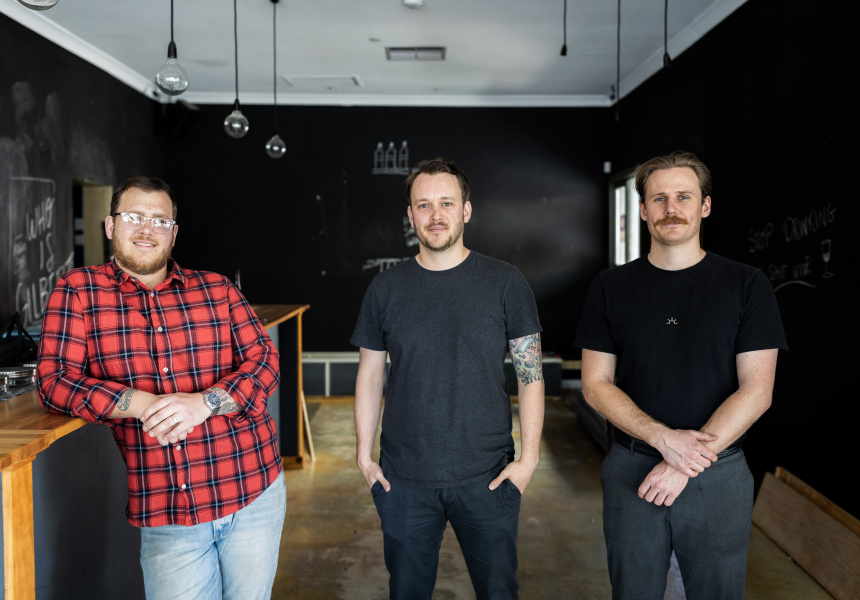 Wilson Shawyer, Jason Barber and David Train reckon Goodwood has been crying out for a really good bar. A spot with interesting wines, a succinct but thoughtful selection of beers and little snacky bits. A place where kids (and dogs) are welcome, and where the coffee machine doesn’t shut off at 3pm.

In early November the trio will deliver just that, when they open a community-focused neighbourhood bar in the old Two Sisters site opposite the Capri Theatre, on the corner of Goodwood Road and Gilbert Street. It’s called Good Gilbert (get it?) and they’re pitching it as the kind of spot that’s as comfortable as hanging out at a mate’s place, only with better wine.

The owners have form in the hospo game: Shawyer owns train station hole-in-the-wall Commute and currently works behind the bar at Hellbound; Barber opened Mornings on Peel Street and later Konbini; and Train has been brewing coffee for nearly 15 years. (He recently ranked first in the Australian Specialty Coffee Association’s Southern Region Brewers Cup, which included brewers from Tasmania and Victoria.)

Occupying a prime corner spot with bi-fold doors and pavement seating, Good Gilbert will operate Wednesday to Sunday, including lunch trade on weekends. Taking inspiration from all-day venues, you can expect an all-round menu and style.

“It’s not about stipulating a set style, it’ll be constantly evolving and changing,” says Shawyer. “So you can come in for a really nice glass of burgundy, you can have an espresso or you can have a cocktail. There are no rules.”

As WFH becomes the new normal for many, Shawyer, Barber and Train hope their venue will become a local hangout for those who’ve transitioned from city-slicking to suburban life – or anyone in need of a conveniently located cold beer.

Good Gilbert will also host local street parties, takeovers and the like – the owners want it to become a community hub, and they’re hoping to acquire grant funding from the City of Unley for future activations.

The menu will focus on international snacks such as pig-trotter croquettes, black pudding, scotch eggs and Japanese fast food. And Shawyer, who also owns the Truck’n’Roll food truck, will do his signature barbequed meats.

Good Gilbert will open at 135B Goodwood Road, Goodwood in early November.