Loosen your belt. Bakery on O’Connell takes cronuts to an icy new level. 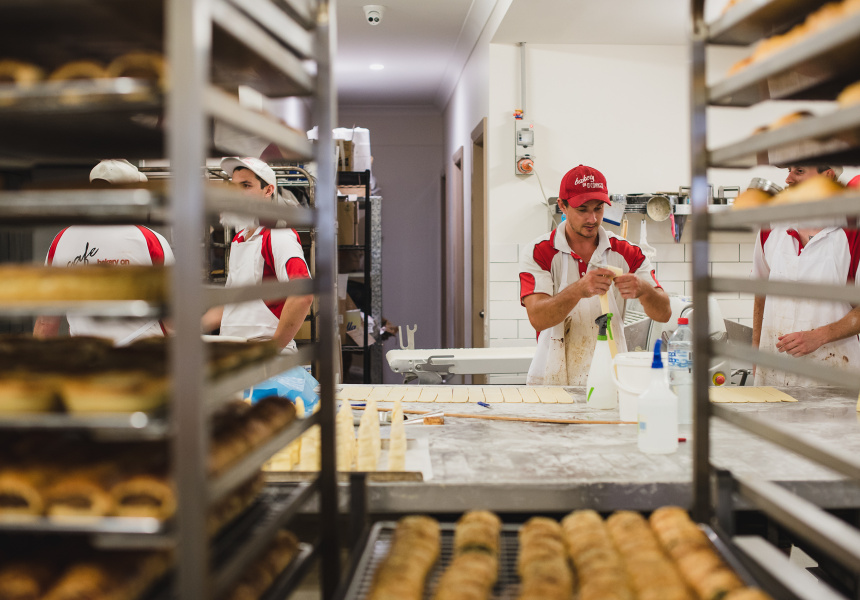 It’s 4am, hunger hits and you can’t decide whether you want a donut, croissant or ice cream. You’re in luck. North Adelaide's Bakery on O’Connell has you covered, 24 hours a day.

We’ve all witnessed the evolution of the cronut, aka croissant-meets-donut. Add to that cruffins (croissant/muffin) and cragels (croissant/bagel), and it seems like all your needs have been covered. Wrong. The dough masters at Bakery on O’Connell have come up with a new incarnation in the shape of an ice-cream cone.

It all started when a traditional cylindrical Czechoslovakian dessert called trdelnik caught the attention of sweet fans on the internet. “Someone decided to put ice cream in it and once it hit Facebook it went viral” says Tony Greven, owner of Bakery on O’Connell. “After we sourced the recipe we realised the dough had to be turned over a flame, so decided to adapt our popular cronut dough instead.”

Once they’re a crunchy golden brown, the fried cones are coated in cinnamon sugar and filled with vanilla soft-serve. For added excitement, salted caramel, mixed berry sauce or Nutella is added.

While supply copes with demand you can get your fix at any time of the day or night. Midnight, lunchtime. 7am… no judgement here.