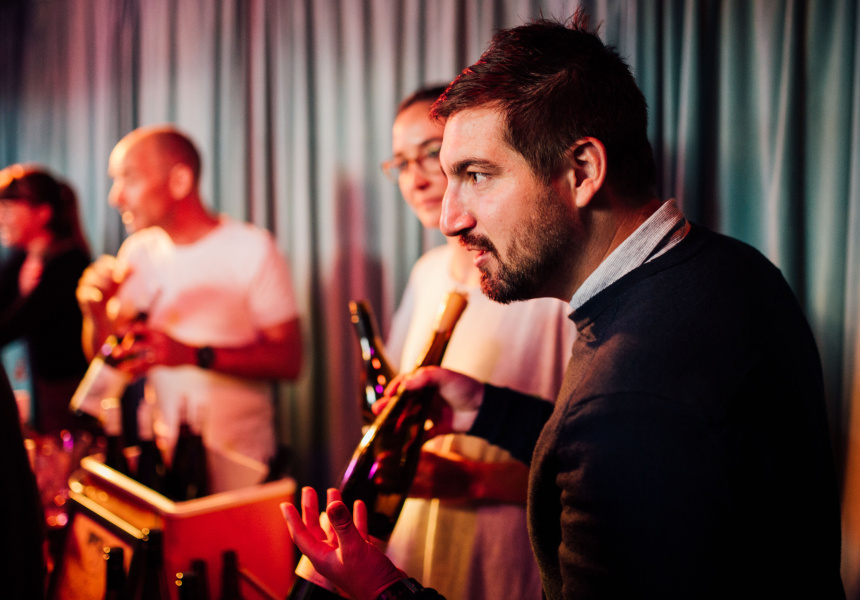 The Fruitful Pursuit has built a name connecting South Australians with their winemakers through a series of hands-on and intimate events. But the local collective will cast its eyes across the border for a special endeavour this month.

Sidewineder will turn the attention of local drinkers to vintners from the rest of Australia. It’s not particularly loyal, but The Fruitful Pursuit founder James Hopkins admits South Australians can be a little “parochial” in our drinking attitudes, often favouring local or international drops over our neighbouring producers.

“It’s unfortunate, but there’s a definite lack of appreciation for the nation of wine that directly surrounds us,” Hopkins says. “We created Sidewineder in an attempt to dissolve these attitudes, and we've been absolutely overwhelmed by the response.

“Australia’s edge in the international wine game is changing, for the better and brighter. While South Australia remains the production capital, the craft is being pushed forward by producers Australia-wide, so we’re eager to celebrate their efforts here too.”

Guests can sample more than 70 new and limited-release wines from producers across Victoria, Western Australia and Tasmania. NSW and ACT make the cut with labels Swinging Bridge (Orange) and Ravensworth (Murrumbateman).

The event upholds The Fruitful Pursuit philosophy of spotlighting passionate and forward-thinking producers who represent the future of winemaking.

“It’s about conscientiousness in approach, regardless of scale. We’re also pretty sensitive to soulless, over-marketed booze. I mean, I believe wine is a living embodiment of everything that’s gone into it, so if there’s greed, disregard or a shallowness in the approach, there’s a likelihood that will show through.

“We think they're [participating wineries] all key figures in either exploring or establishing the future of Australian wine.”

In addition to the tastings there will be takeaway sales, educational talks and open forums to allow the producers to connect with their consumers. “Narrative is really important and people want to connect,” Hopkins says.

“Who better to connect with, who better to share their story and their passions than the makers themselves? Regardless of your level of knowledge or interest, these winemakers enjoy anyone who’s open to connecting with what they do on a real level.”

The event will be held at a secret location, two kilometres out of the CBD. Hopkins won’t disclose details of the menu for fear of revealing the venue. But he promises a “well-acclaimed local chef” is on board. “His menu is nothing short of delicious.”

There will also be an oyster bar with freshly shucked oysters and a dessert bar run by chocolatier Steven ter Horst.