Five Wines to Keep You Warm This Winter

A classic Barossa shiraz, a vegan sangiovese and a winter-ready chardonnay. 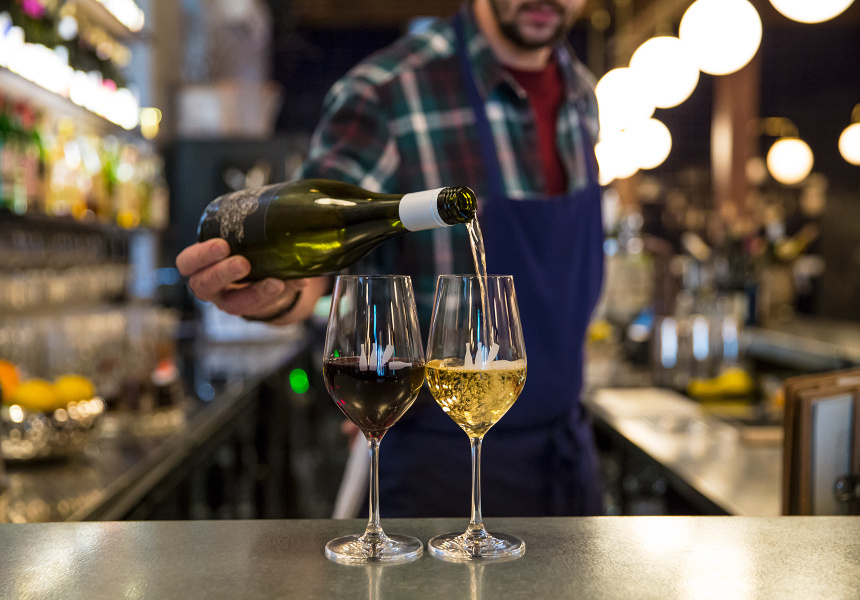 As the temperature plummets there’s nothing like staying in with a glass or two of your favourite vino. Here are five of our favourites at the moment, sure to be the perfect companion for those cold winter nights.

Frederick Stevenson 2017 Vine Vale grenache – Barossa Valley
Grenache can often go one of two ways: ripe with a jammy-like fruit sweetness or bright and lifted that channels something closer to a pinot noir. This one’s the latter, with winemaker Steve Crawford using whole bunches to give the wine some aromatic lift and a herbal-like complexity. A seriously drinkable wine – blink and it’ll be gone.

Ngeringa 2015 chardonnay – Adelaide Hills
Winter doesn’t mean you have to stash away the whites. Ngeringa’s chardonnay is a perennial favourite, a beacon of consistency representing what modern chardonnay is all about. Its restrained fruit profile and subtle use of oak gives the wine layers. "Here we have captured vibrant fruit, complexity, freshness and texture … pretty much what I look for in a great chardonnay," says winemaker Erinn Klein. For maximum enjoyment, avoid serving too chilled; let the temperature come down to experience the full flavour.

Ravensworth 2017 sangiovese – Canberra
When he’s not making his own wine (which routinely sells out) under Ravensworth, Bryan Martin is otherwise known for producing some of Australia’s most celebrated wines for Clonakilla. Ravensworth, though, is the perfect platform for Martin to be slightly more experimental; he gets to flex his winemaking muscle with various techniques and use some of the more emerging varietals. Sangiovese has just about become his flagship wine. The vegan juice is utterly delicious, loaded with cranberry and just-ripe cherry with hints of amaro, walnut, rosemary and brown spice. Medium-bodied and totally food friendly, a slam-dunk pairing would feature some hearty ragu.

Dormilona cabernet sauvignon – Margaret River
Dormilona, Spanish for “lazy bones”, is the creation of gun winemaker Josephine Perry. The name is a reflection of her hands-off approach; she lets the fruit do the talking. Before beginning Dormilona Perry travelled the world honing her craft managing wineries in Spain, as well as doing countless vintages throughout France, America and New Zealand. Her ability to craft some of the country’s best wines was further confirmed in 2016 when she won Young Gun of Wine. Her wines are solid across the board, but on a cold night we suggest reaching for one of her cabernets.