Five Local Drinks With a Difference to Try This Spring 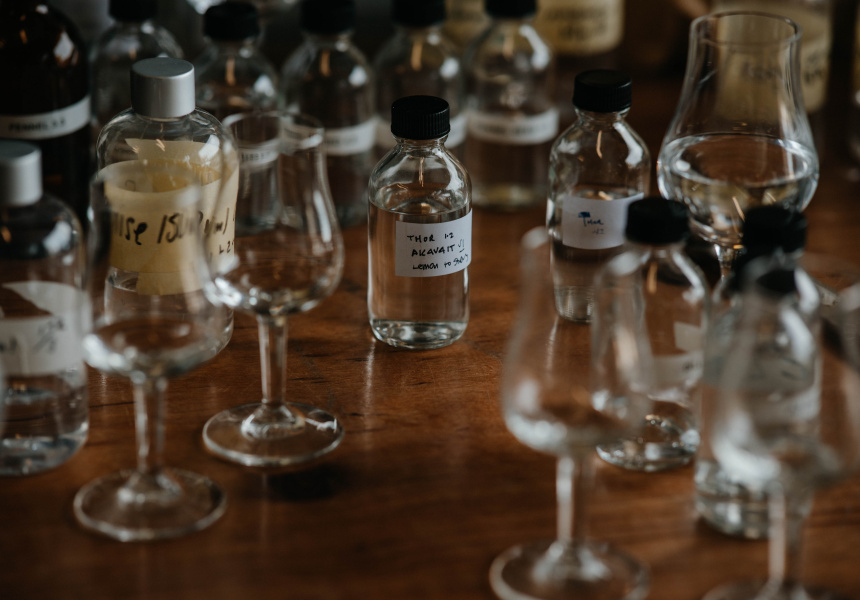 It would be hard to miss the craft distillery boom of the last few years. Nationwide there are now more than 100 distilleries making an astonishing variety of drinks, but if you’re interested in moving beyond the multitude of gins, here are a few more unusual tipples perfect for this spring.

Turkey Flat Quinquina
The forgotten aromatised wine, quinquina is hard to pronounce (think ka-kina) but very easy to drink. Like vermouth, it can be found in red and white varieties but uses cinchona bark rather than wormwood as a central ingredient. This delightful iteration uses a base of marsanne and the bitterness of the cinchona is offset with herbal notes and sweet citrus flavours. Look out for hints of lychee and lemongrass as well in this versatile drink that is perfect in a spritz on a warm spring day.

36 Short Rakia
Travel through Eastern Europe and the spicy fruit brandies collectively known as rakia are omnipresent, but they can be hard to find in Australia. Fortunately Jon Lioulios is making rakia the way his father taught him on the northern outskirts of Adelaide. The recipe has been refined slightly from the version that was passed down for generations in the hills of Macedonia, but remains largely unchanged. Distilled from shiraz wine and star anise, the crisp white rakia has a delicate fruity flavour behind the strong (but not overpowering) anise, while the barrel-aged gold rakia is smoother and creamier with a slightly sweeter finish. Pair them both with pickled vegetables before (or during, or after) a meal.

Never Never Aquavit
From the beginning, Never Never was about bold flavours and its gin has won many fans for its punchy, juniper-forward taste. But the distillery has swapped the juniper for caraway, dill and fennel in this Scandinavian spirit that also has room for a range of Australian additions. Called Stockholm Syndrome, you can expect savoury flavours from the signature botanicals as well some unusual additions like spicy cinnamon myrtle, creamy macadamia and fruity strawberry gum. It was devised in collaboration with Sydney’s PS40, which has created a soda to mix it with called Outback Viking.

LOBO Apple Brandy
LOBO cider-maker Warwick Billings set out to capture “the essence of cider”, and he’s done that and more. He begins by carefully selecting a range of apples picked in the Adelaide Hills and turning them into cider. That is then double distilled into a limited amount of clean spirit, which is aged for three years in re-toasted French barrels. The result is a warming brandy with notes of fresh and baked apple and a delicate toastiness that’s perfect after dinner on a fresh spring evening. Enjoy it like the French do; order a short black, drink the coffee and then pour some apple brandy into the empty cup, which will warm it and release the flavours.

Antipodes Espresso
This certified organic coffee liqueur uses 25 kilograms of sustainably sourced coffee beans from Peru and Honduras in each batch. They go into a base of cane spirit that’s triple distilled and charcoal filtered then cut with rainwater for an incredibly smooth and clean finish. The full-bodied coffee flavour is balanced with a bit of sweetness that stops well short of the sugary mass-produced liqueurs and the result is bold and refreshing.