Five to Try: What to Drink at Beer & BBQ Festival

There’s a beer-wine hybrid, a coconut IPA and a whisky-barrel-aged coffee stout. 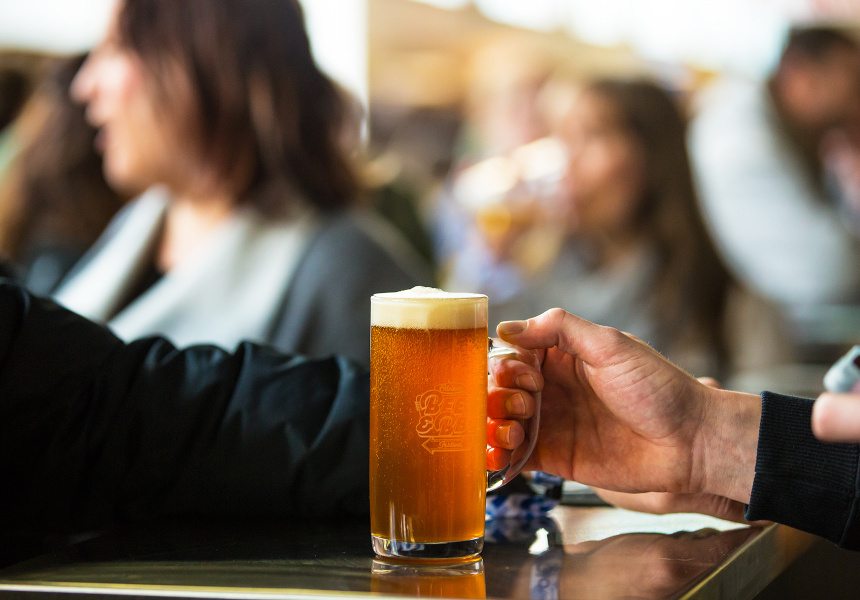 Now in its fifth year, Adelaide’s Beer & BBQ Festival continues to grow and one of the biggest challenges for attendees is deciding what to sample. With 80 brewers in attendance this year, prioritising is essential – especially with so many limited editions among the brews on offer. We want you to arrive armed with knowledge, so we asked festival co-director Marc Huber for his must-tries. Almost all of these beers can only be found at the festival this weekend so get in quick, because once they’re sold out they’re gone forever.

The Collective Arts Collaboration series
On a trip to the US with the Pirate Life team, Beer & BBQ Festival co-director Gareth Lewis was introduced to Dan Johnston from Canadian brewery Collective Arts. He’d spent several years managing Melbourne’s Forester’s Hall and was looking to export their beers to Australia. As Marc Huber puts it, “One thing lead to another and here we are”: a series of six collaborations between Collective Arts and brewers around Australia. The resulting one-off brews are “six IPAs, six different styles” including a single-hop IPA with Hobart’s Moo Brew, a strawberry gum NEIPA with Melbourne’s Moon Dog, a coconut IPA with Canberra’s Bent Spoke and a double west coast IPA with Adelaide’s own Little Bang.

Flamin’ Galah
There’s something about brewers going on holiday. Last time the Big Shed brewers were in the UK they popped into London’s Two Tribes brewery and before they knew it they were brewing this collaboration IPA. With soft notes of ripe tropical fruit, passionfruit and citrus, the New England IPA combines Cascade, Ella and Topaz hops from Australia with English malts and an ale strain from London. Two Tribes will be at Beer & BBQ with a limited number of cans, next to the Big Shed stall where there are another three exclusive brews pouring over the weekend.

Social Lube
Instead of collaborating with another brewery, this year Pirate Life decided to go one better and mix it up with local wine label Riot Wine Co. The latter's kegged and canned wines regularly appear next to craft beers and now this dry-hopped blend of riesling and pilsner combines the two worlds. A lager yeast was used to ferment the beer, before fresh riesling juice was blended in and a champagne yeast added to give it a dry finish. If you miss your chance to try it on the day there will be a small amount at Riot Wine Co’s just-opened cellar door.

Droste Effect
“Beer Baron” Rod Warneke calls New Zealand-based Yeastie Boys’ head brewer James Kemp “the MacGyver of beer” and you’ll need to be resourceful to get your hands on this classic west coast IPA. Only two kegs made it to Australia and one of them will be at Beer & BBQ Festival. Warneke says it has “a lambent gold base with a clean and delicate malt sweetness that allows plenty of room for the new-world hop flavours and aromatics to surprise and delight the palate.” Expect grapefruit and lime aromas intertwined with notes of pineapple and papaya and a gently bitter finish for maximum drinkability.

Whiskey Coffee Stout
Lot 100 is a craft-booze powerhouse, with a distillery and winery alongside Mismatch’s brewing set up, so it’s no surprise head brewer Ewan Brewerton has made a few contacts. For this brew he called up long-time friends Dawn Patrol and new friends Starward Whisky from Melbourne. He calls the resulting winter warmer “an Australian version” of Mismatch’s Paddy’s Lantern Irish Coffee Milk Stout. Small bags of coffee were steeped in the brew – a decadent blend of special malts, oats and lactose – that was then aged in Starward whisky barrels and blended with another batch. The result is rich, creamy and thick with “a bold coffee flavour with a late whisky burst that spreads across your palate.”

Adelaide Beer & BBQ Festival is on Friday July 12 to Sunday July 14 at the Historic Brick Dairy Pavilion in the Adelaide Showground. Tickets are available online.