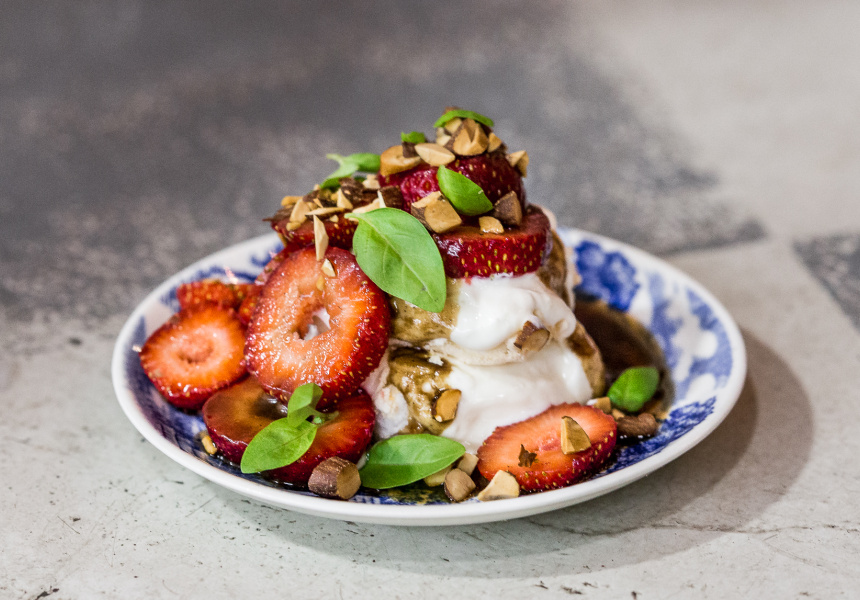 Poh Ling Yeow will take over WOMAD’s Taste the World Restaurant next month with a sit-down, six-dish banquet. Unlike other festival food experiences, the pop-up restaurant, which was previously run by Jock Zonfrillo (Orana, Blackwood), will include table service, with a full wine list available.

The celebrity chef is looking forward to the logistical challenge of serving 150 people under the trees in Botanic Park; a jump from her 40-seat venue, Jamface, in the Central Market. “It’s really tiny here,” she says, “so I’m really excited about WOMAD because it makes me legitimately a chef, I think.”

As chef in residence, Yeow will create a summery menu inspired by her Chinese-Malaysian heritage – served with a modern twist. “I think there’s a lot of clever cooking out there that tends to alienate the eater and I’m not interested in that at all. I’m about inclusive, easy-to-eat food and beautifully balanced flavours.” While the menu undergoes its finishing touches, Yeow gives us a quick taste of what to expect.

Spiced Tumeric Chicken Wings
Yeow plans to kick things off with a staple dish from her childhood to remind people to “chill the hell out”. The chicken wings are coated in a blend of powdered spices before being fried in oil flavoured with curry leaves. Eating with your fingers is a must. “Screw the pretense,” she says, “it’s about conviviality, being loud and happy and enjoying yourself.” 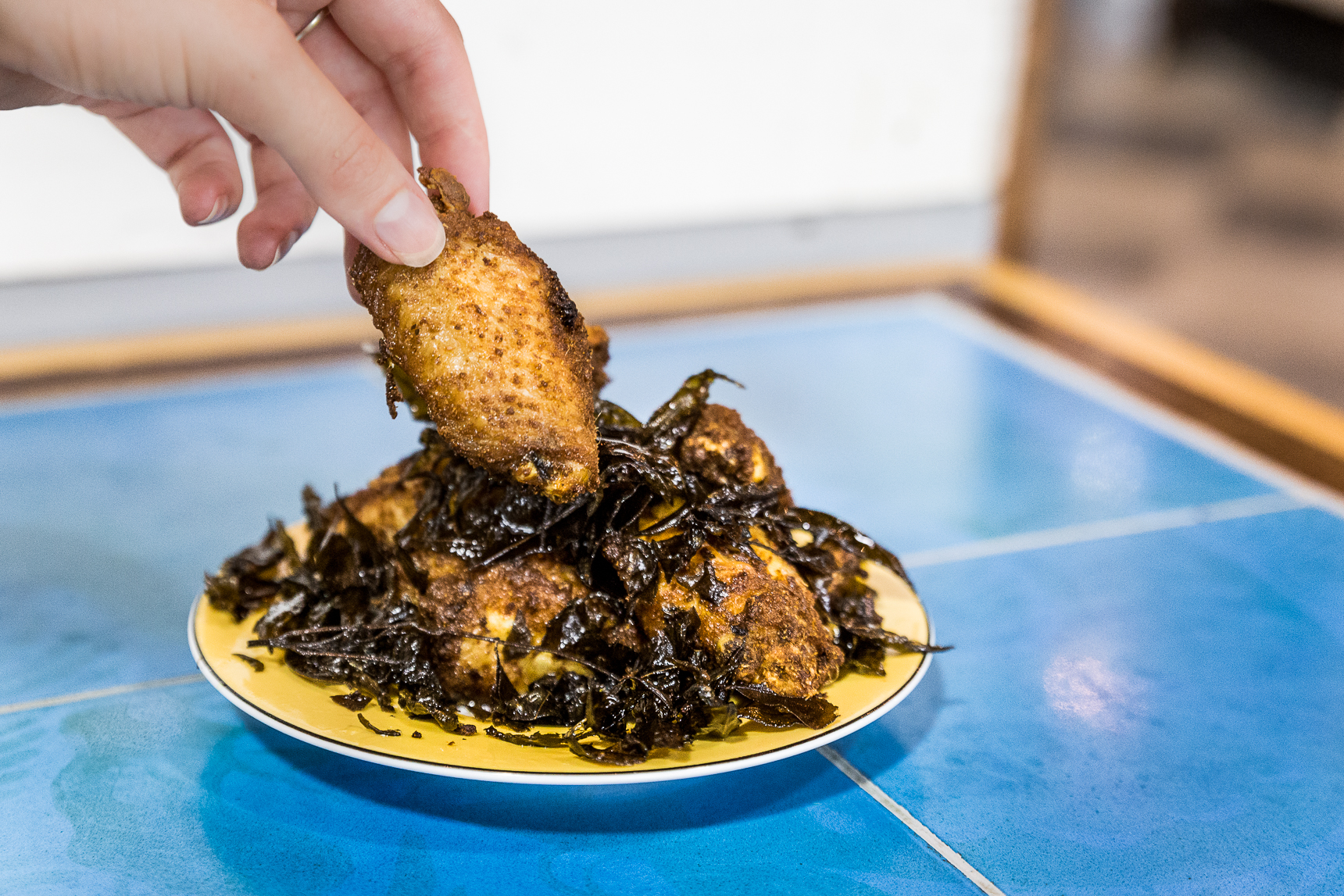 Salmon carpaccio with pink lady apple, szechuan pepper and orange ginger dressing
Cold and zingy, this dish has a lot of acid to cut through the fat from the chicken wings. Blending the unusual with the familiar, Yeow enjoys tricking people into being adventurous; especially those who are squeamish about eating raw fish. “I always get people saying, ‘Oh my God, I never eat seafood let alone raw fish’.” 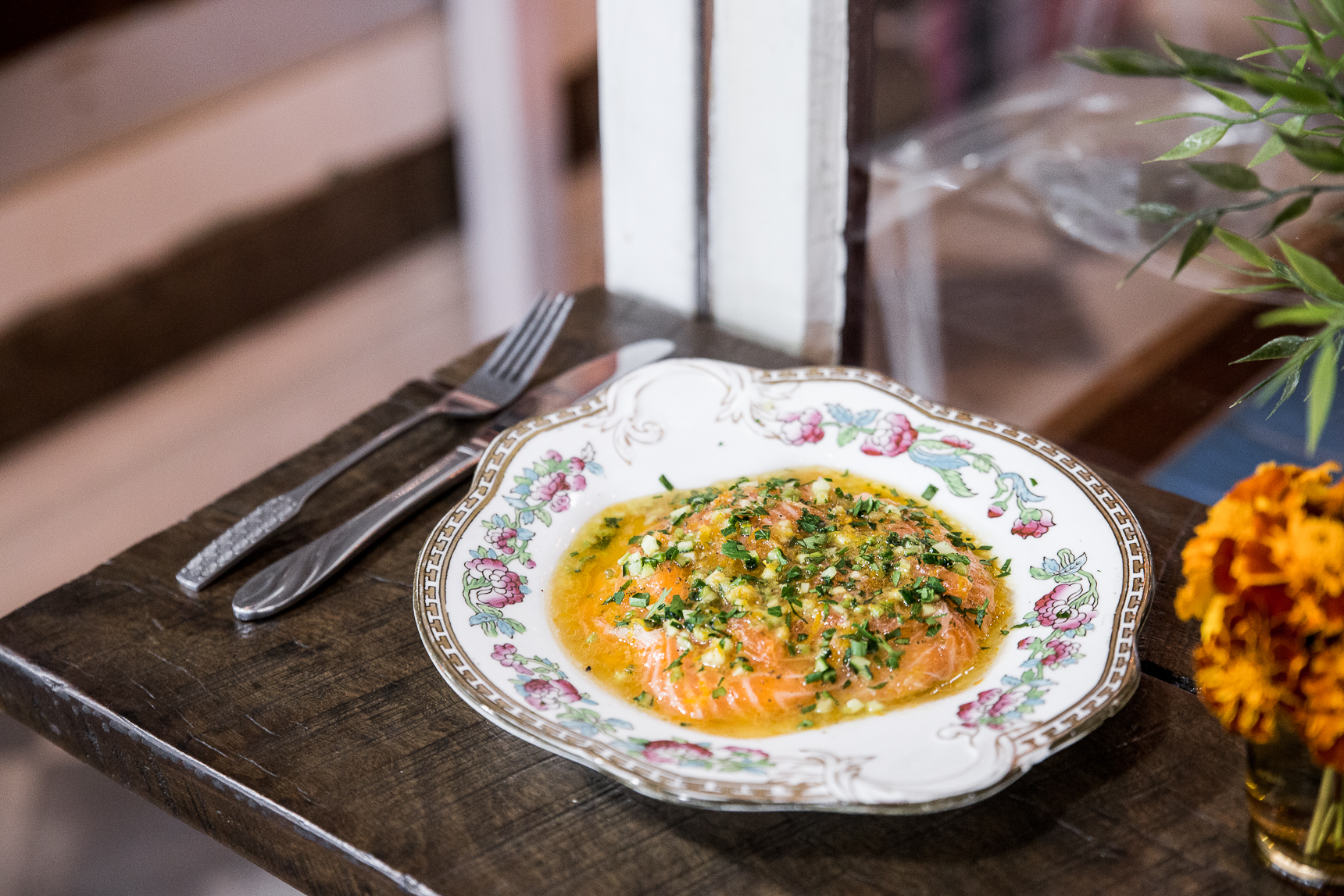 Enoki mushrooms and garlic shoots with oyster and caramelised garlic sauce
“This one’s very Asian-ish,” she says, laughing, “but it’s based on the veggie dishes we always had with dinner every night.” Finely sliced garlic shoots and blanched enoki mushrooms are folded with a simple oyster sauce and garlic oil dressing. “I like using enoki because they look a bit like noodles, but then you get that crunchy texture.” 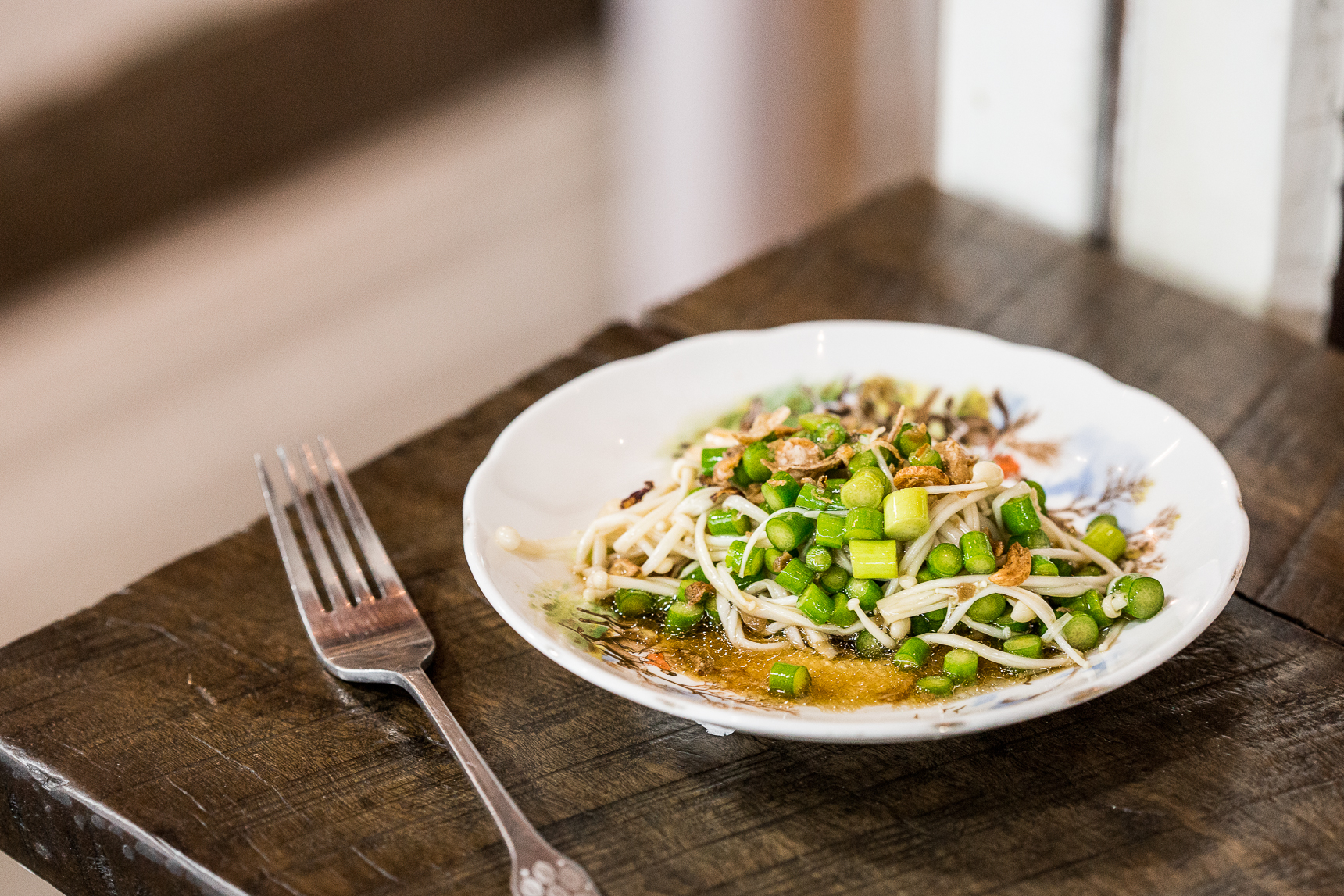 Marshmallow pavlova with mascarpone cream, balsamic caramel, roasted almonds, strawberries and basil
“I’d just come back from a trip through Italy when I designed this recipe,” says Yeow, describing it as “a bit of a weird clanger”. But it’s one she loves to serve as a refreshing end to a meal. “When you’ve had a bit to eat people think they won’t want dessert, but then they wolf the whole thing down.” Her take on traditional Italian marshmallow pavlova packs layers of sharp mascarpone yoghurt, drizzles of balsamic caramel and fresh strawberries. Toasted almonds and baby basil add a savoury hint to balance the sweetness. 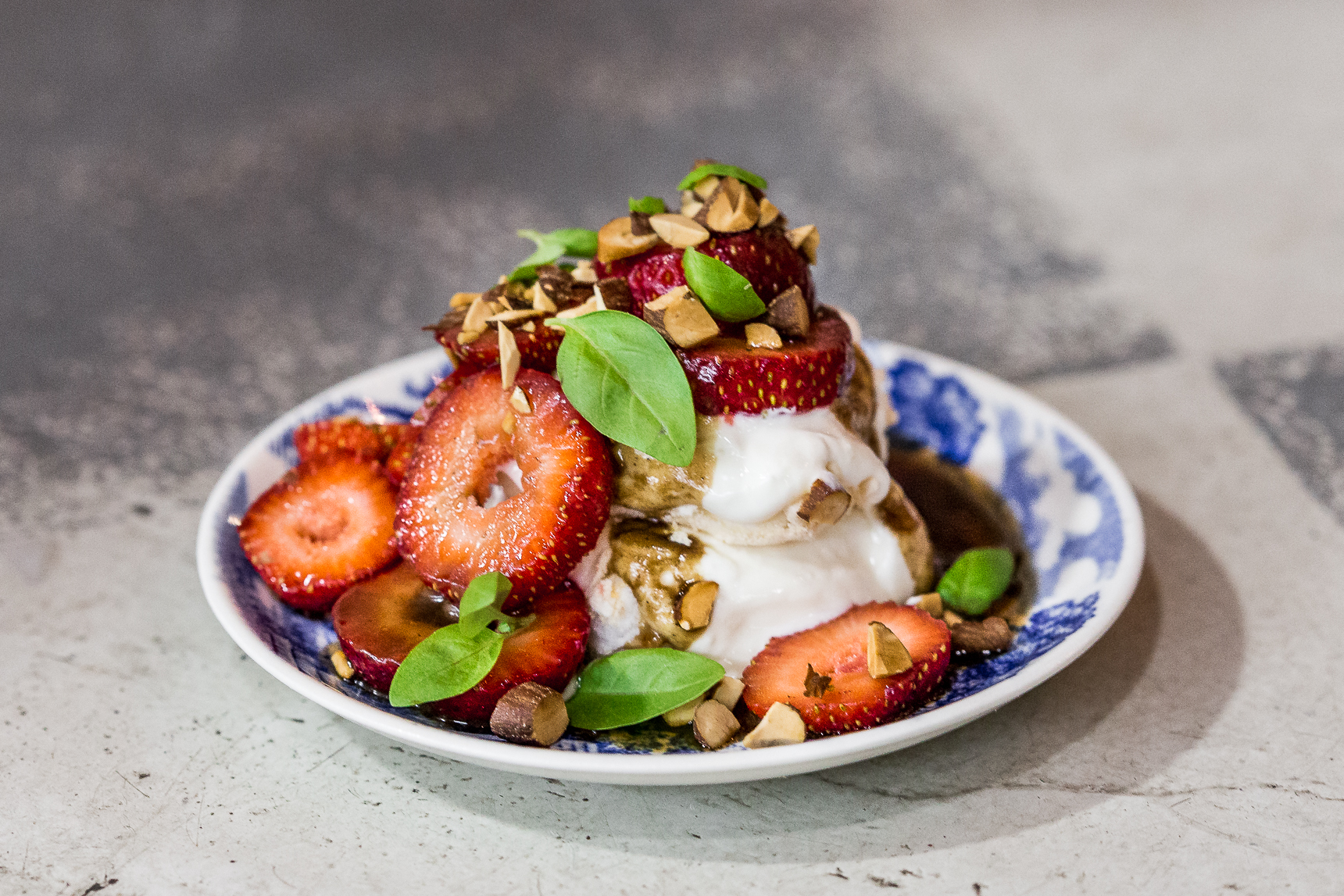 Jamface by Poh – Taste the World Restaurant runs from March 10–13 at Botanic Park. To secure a table visit the Womadelaide website. Diners must have a ticket to Womadelaide 2017.