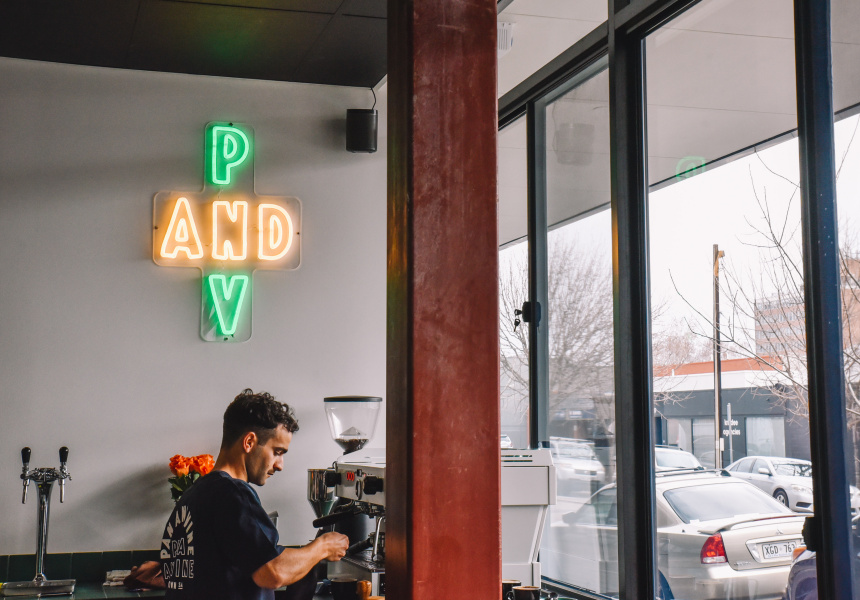 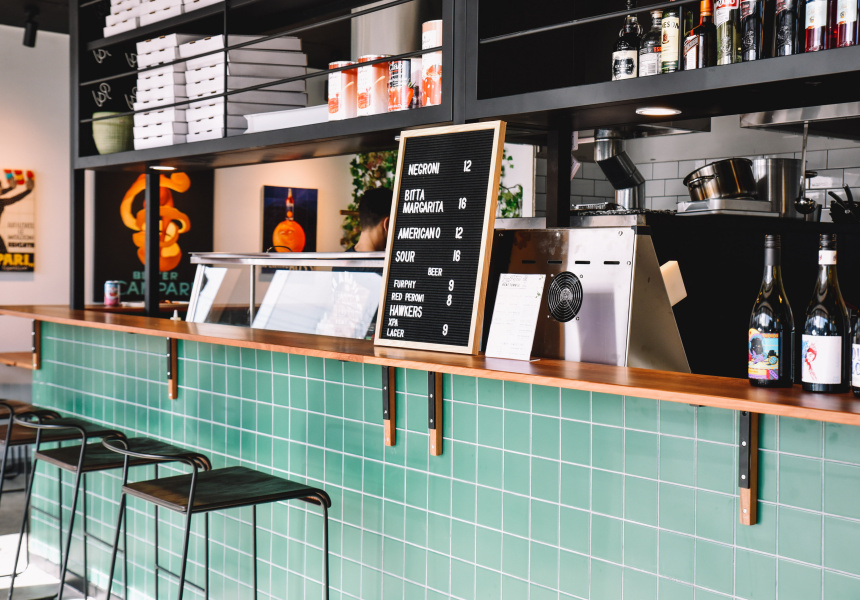 Passers-by have been tracking the construction of Pan & Vine on King William Street in Kent Town for months. Now, brothers Luke and Anthony Savas can finally welcome them in.

Their pizza and wine bar is up and running beside cafe Rustic Gourmet at the base of a five-storey office and apartment building.

Three-day-proved dough takes six or seven minutes to cook (unlike the lightning-fast cooking time of Neapolitan-style pies). “Because it’s a bit more mature it takes a bit longer,” says Luke. The result is thin (“but not biscuit-thin”), relatively crisp and with slightly burnt edges.

The mammoth oven can accommodate 17 13-inch pizzas at once. Peer in on them bubbling away through a side window.

Broccolini, spinach and broccoli rabe top the “Verde” (green in Italian), which shares a name with the building Pan & Vine inhabits. Their answer to Meatlovers is called “Nino’s” after their smallgoods supplier. For dessert there’s rocky-road calzone.

Stuffed peppers are a not-pizza standout. The boys’ grandma ducks into the kitchen to inspect one. “She’s the master,” Luke says. There’ll always be one red-sauce and one white-sauce pasta, too.

$12 Negronis blend Bombay Sapphire gin, Cinzano Rosso vermouth and Campari. A bottle-aged variation is coming in the not-so-distant future. The “Bitta Margarita” is an Italian spin on the Mexican classic that throws Campari in the mix with tequila, Cointreau and lime juice.

Bottle-green tiles and potted plants contrast ironbark bench tops and caged shelving (in which Pan & Vine’s logo is laser-cut). There’s also a flashing neon sign by Melbourne design studio Electric Confetti. Sit among it all or grab a pizza to go.

Luke anticipates staying open past midnight on Fridays and Saturdays. “We’ll probably have to stick out a few lonely nights for the after-town crowd … You’ve got to build that trust so people know you’ll actually be open.”