My Grandma Ben Opens at Plant 4

Chef Jessie Spiby is upping the ante in the low-waste stakes. 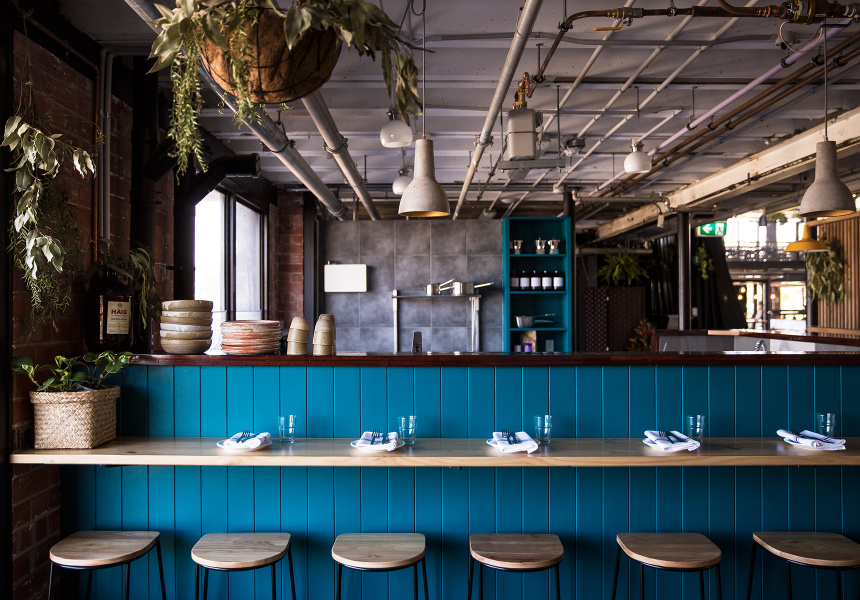 “I’ve always had an idea of the space I wanted, but nothing felt quite right until I chose to be here,” says chef Jessie Spiby (ex-Botanic Gardens Restaurant).

What was previously market space at Plant 4, Bowden is now Spiby’s first bricks-and-mortar venture – My Grandma Ben. The 60-square-metre cafe will also centralise her workshops, masterclasses and catering.

Sustainability is the bottom line here. “We’re looking to work with producers to use their by-products … or even people who just have a tree full of lemons,” says Spiby, who’s raided every tree she knows to get the ball rolling. “It’s not about not paying, it’s about utilising something that would otherwise get wasted.” The Gepps Cross market will eventually be a go-to, as well.

Chef Jodie Zerna (ex-New Local Eatery) heads up the kitchen. Expect a lot of pickling, fermenting, smoking and preserving. “There are elements of those in all the dishes,” Spiby says. Sustainable proteins supplement the vegetarian-leaning, produce-dependent menu.

During the day find house-made crumpets and marmalade with cultured butter, carp rilette (similar to pate though usually made with pork), and a staple roo bolognaise that pulled a crowd at Spiby’s Womad pop-up.

Plant 4 is already mindful about waste, says Spiby. “The brand energy works really well together … But I’m hoping to up the ante.”

All zero-waste products on sale at the cafe are available on My Grandma Ben’s online store, plus more. Starter kits can help you go waste-free at home, one room at a time. “We only sell products we use ourselves,” Spiby adds. “There’s a lot of greenwashing going on – people trying to sell anything to make money.”

In store, antique lampshades dangle around a centrepiece high table that’s perfect for group dining. It’s surrounded by bench seating and lower-set tables with chairs reclaimed from Elementary Coffee. Half the tabletops are Oregon timber recycled from house demolitions.

Spiby also has plans for a regular Thursday night Supper Club. There’s already one in the works with sparkling-mead-maker Sunlight Liquor.

This article first appeared on Broadsheet on July 30, 2018. Menu items may have changed since publication.

My Grandma Ben
Plant 4, 5 Third Street, Bowden
Hours:
Wed to Sun from 8am (dinner until 9pm on market nights)