An old-school pub from a crew of hospo superstars. 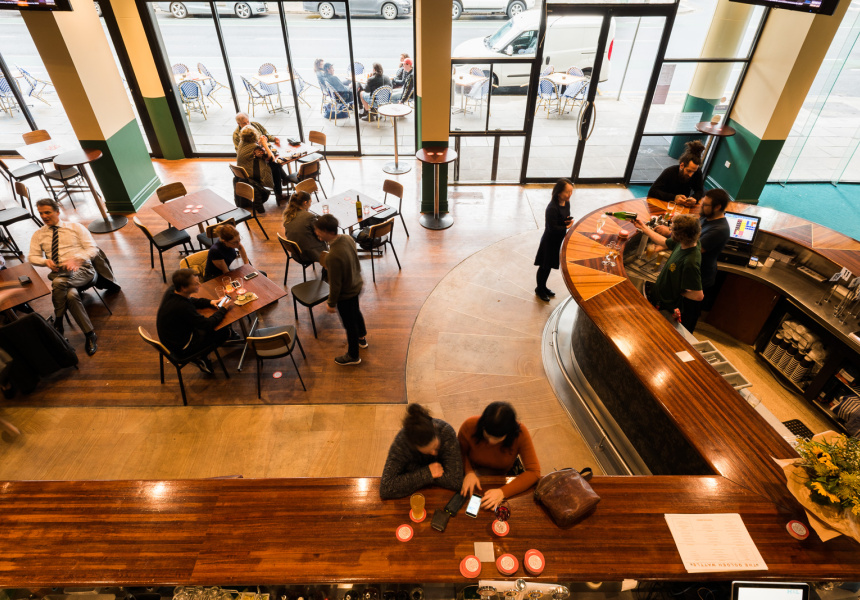 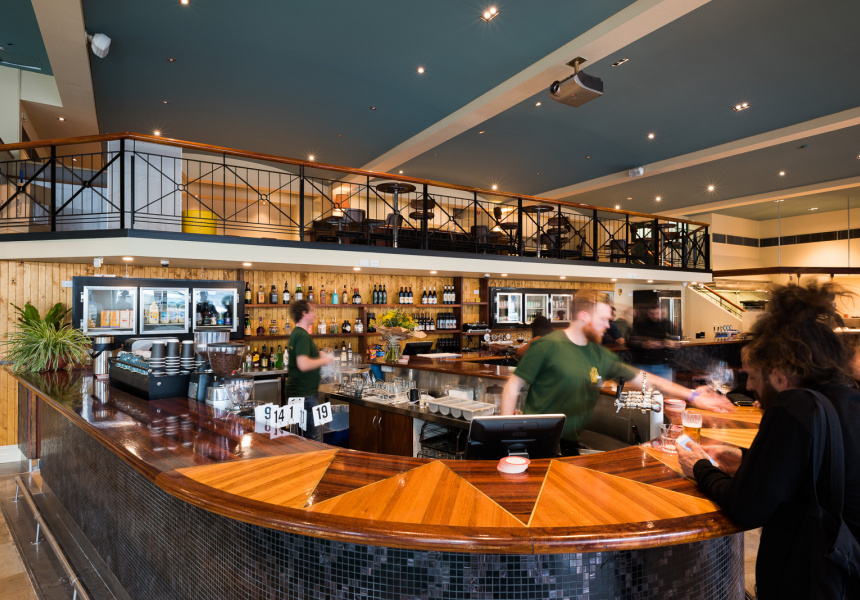 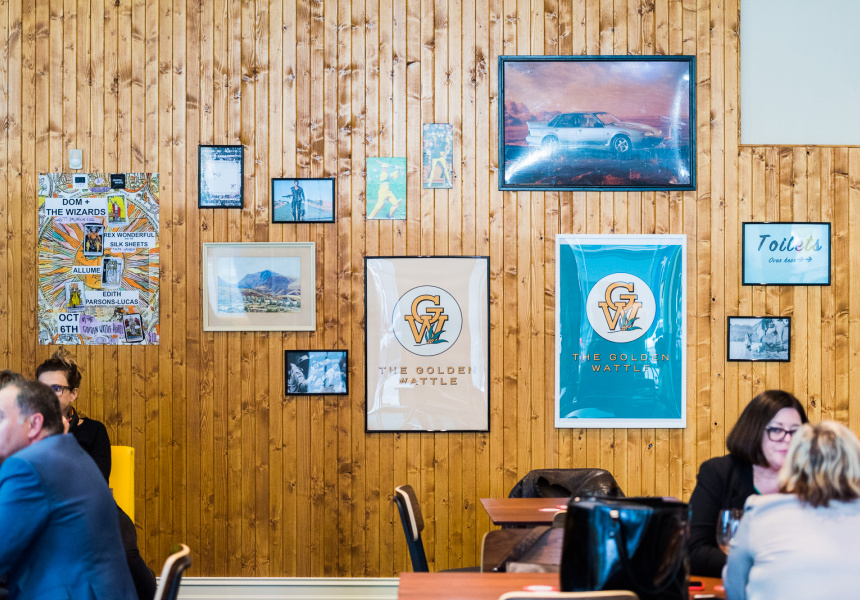 The term “dream team” is thrown around a little loosely in food media, and only sometimes deservingly. But the crew behind new CBD hotspot The Golden Wattle is just that.

Long-time publican Damien Kelly and barman Tom Byrnes from The Metropolitan Hotel have partnered with David Blumberg from The Exeter, Josh Phillips from Magill Estate Kitchen, Pete Curtis from The Port Admiral and Ben Quici from Midnight Spaghetti. Together they run the gamut of Adelaide’s hospo scene.

It’s this meeting of minds that informs the direction of their new venue: a place where “the 21-year-old [can] feel comfortable standing next to the three-breasted-suit lawyer,” says Kelly. “We’re just trying to make an inclusive venue. It’s just a welcoming place that everyone should be able to walk into and have a beer without feeling intimidated.”

“If you go to a country pub … the whole town drinks there,” adds Curtis. “It’s for everyone … that’s kind of our ethos with this place. We all like drinking in older pubs and that’s kind of what we wanted – to bring modern food and booze to a comfortable setting.”

To that end, service is a key focal point. Everyone behind the bar has worked in restaurants, says Kelly. “We all know and understand what good service is. Even though it’s not directly table service [here], it’s [about having] a greater understanding of the customer’s needs.”

Kelly says he was “ready for a new challenge” after nine years at the Metro (he’s still a part-owner). Talk of opening a new pub with mates came naturally. “We all have similar interests, we’ve all worked together, so it didn’t take much for us to go, ‘Why don’t we do something’. And … we’re still friends.”

An opportunity was presented at the site formerly known as The Office on Pirie. Its new identity is a far cry from the Hahn Super Dry banner once plastered across the awning. “I don’t think this was anybody’s dream venue,” says Blumberg. “But it came up and all you’ve got to do is look at it as a challenge.”

“It was very, very '90s,” adds Kelly. “[But] it’s the worst house on the best street. [There are] so many office workers here. It’s a great opportunity.”

“On Pirie Street you have a lot of great options for dining, but this area, with the exception of The Historian, kind of lacks a more casual place where you can go have a drink and eat some food,” says Blumberg.

“These guys [Quici, Curtis and Phillips] are all supremo chefs who have a restaurant background and know how to make great top-notch food, so that’s not going to change. But it’s definitely going to be a more casual atmosphere compared to, say, Oggi or Pizza e Mozzarella.”

Broadsheet first paid a visit to the team a month ago, when the site was still rubble. There were two vans parked inside the venue. Now it’s virtually unrecogniseable. The massive, 400-capacity interior has been gutted, save for the original sprawling bar, which will pour a succinct selection of approachable beers, wine and cocktails.

The venue has retained six of its pokies machines in a discreet, walled-off area. “It’s not our dirty little secret, it’s a part of this hotel license, Kelly says, matter-of-factly. “We think we can incorporate that without it being the focus.”

An upstairs mezzanine features an intimate second bar, DJ booth and more seating. The team has been hands-on with the design. “We’ve all spent most of our lives in pubs,” says Curtis. “We know what spaces make us comfortable. We want to feel like it’s our place.”

Friend Liam Kenny is responsible for the branding. Another friend, Ted Duncan, built the custom furniture. A centerpiece of the now open-kitchen is the wood grill, sourced from Gumtree and made in Yatala Prison. On it, Quici, Phillips and Curtis will cook classic pub fare – gussied up – such as lamb shoulder, Korean-style pork ribs, chicken wings, fish and chips, charred pumpkin and fritz-and-sauce sandwiches.

“It reads simply … but we’ve all got years of experience and technique and we know how to make things taste really, really good,” says Curtis. “Especially over wood. In each dish at least one of the ingredients gets a touch of smoke or a little touch over the redgum. It’s not like an American-style heavy smoke, it’s just a nice little charcoal flavour.”

“We’ll have the fire [going] everyday from 7am in the morning when we open the doors till we stop cooking at night,” says Kelly.

Breakfast will include the usual staples as well as rice noodles with chicken broth, egg and Asian greens; and coconut rice pudding with seasonal fruit, candied grains and seeds.