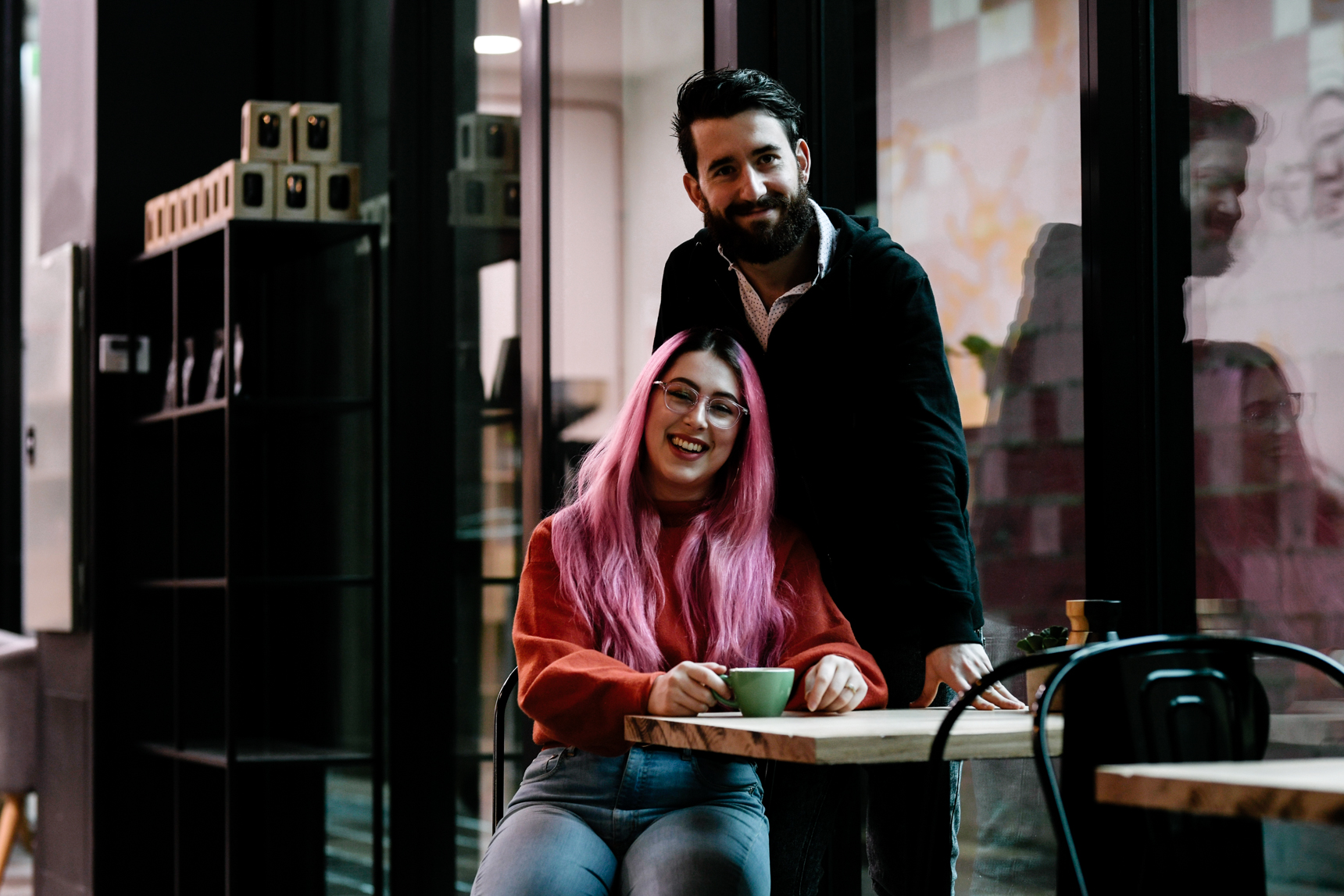 When Broadsheet caught up with barista and roaster Kostas Trakas before the opening of his second Caffiend Coffee Company store, he looked like a man who could use a coffee. Ironically, it was off the menu for the time being.

Come Thursday, both Trakas and his slick, matte-black Slayer espresso machine will be fired-up and ready to greet customers with fresh brews at the new city cafe. But earlier this week it fell victim to a surprise water leak, which put it temporarily out of action. Earlier in the build, Trakas’s out-of-the-box dishwasher flooded the shop, and just a few days prior, he’d accidentally caused the adjacent office block to be evacuated by laying a thick coat of lacquer on the cement floor. Oh, and the all-important coffee roaster blew a gas valve during its inaugural roast.

But Trakas isn’t fazed. If anything, he says he’s ahead of the game. Now onto store number two, he’s learnt it’s better to overcome these little hiccups earlier than later.

Other aspects of the venue have come on well. A sprawling mural by artist Wendy Dixon-Whiley depicts “The Caffiend” – a Cthulhu-style creature (an octopus-like entity created by writer HP Lovecraft) stretching for a cup of coffee being handed down from above. Trakas is stoked with it. “It’s a piss-take of The Creation of Adam from the Sistine Chapel,” he explains. We’re sure customers will relate as they accept that first cup and draw themselves out of the morning slump. “There are three things that we take seriously,” Trakas says. “Coffee, food and, most importantly, service. But we don’t tend to take ourselves too seriously.”

From the cement countertops – hand-poured by Trakas’s father and father-in-law – to the cakes his mum bakes, Caffiend’s CBD venue extends the Hills’ hospitality exuded by its sister store. “We basically try and make our customers feel like they’re part of the family,” Trakas says.

Chef Tyson Avery’s menu assembles brunch classics (with “a touch of whimsy”) and pairs them with simpler, grab-and-go options for time-poor but flavour-hungry city workers and students. Expect decadent dishes such as a fried chicken and bacon waffle bowl with maple syrup. And almond pancakes with granola, honey joys, rhubarb compote and vanilla-bean ice-cream. There will also be the requisite smashed avo on house-made sourdough, and smashed pumpkin and roasted heirloom carrot on house-made rye.

His take on the Reuben sandwich comes packed with slow-cooked beef brisket, house-made sauerkraut, Russian dressing and Swiss cheese. A selection of bagels from the oven of Adelaide’s Bagel Boys is also available.

As if serving customers, pouring lattes and roasting coffee (around 100 kilograms a week) wasn’t a big enough workload, Trakas also plans on running a coffee-education program from the new shop. He’s inviting cafe owners and coffee enthusiasts to drop by after hours to learn to roast for themselves, or just work alongside him to gain a better understanding of the process. “The sharing of information, resources and friendship was what attracted me to the coffee industry to begin with, and that hasn't changed,” he says.

Caffiend opens tomorrow. To celebrate it's offering $2 small and $3 large coffees until Sunday.