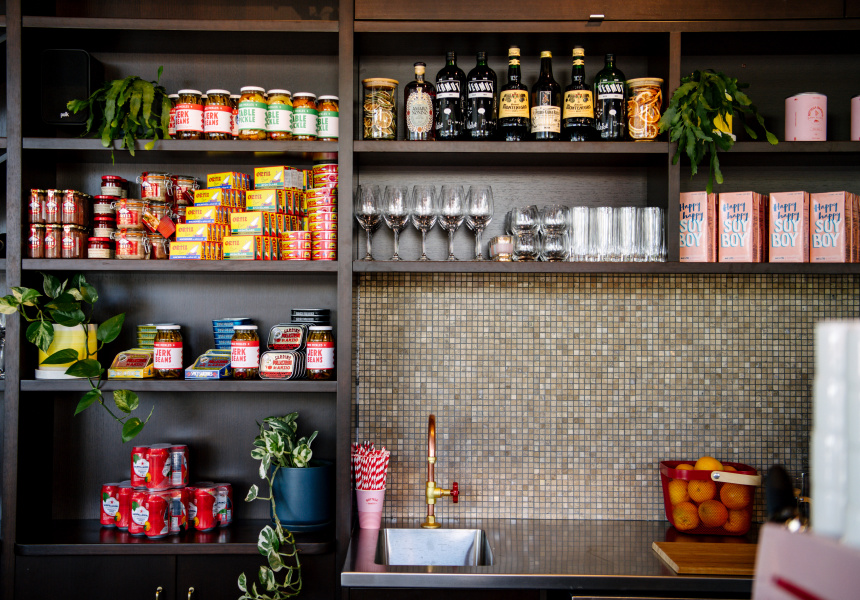 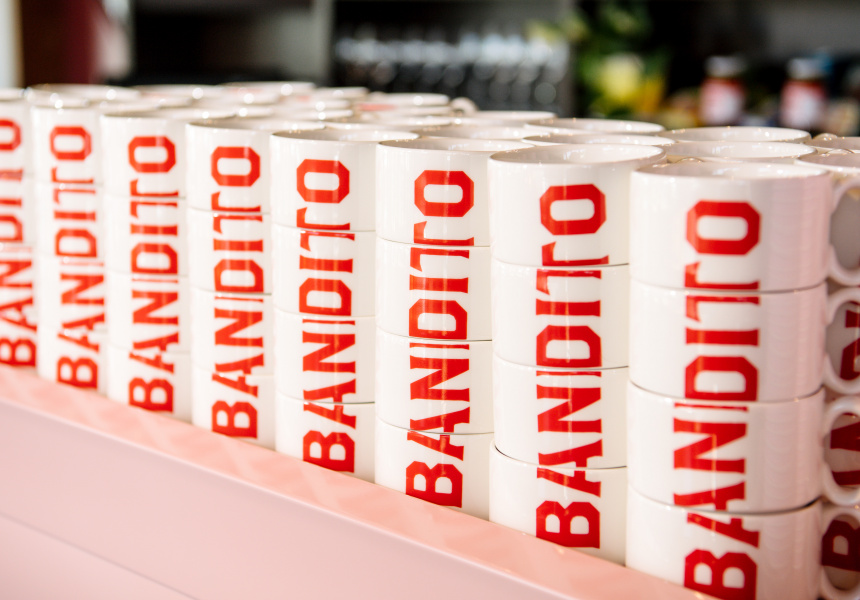 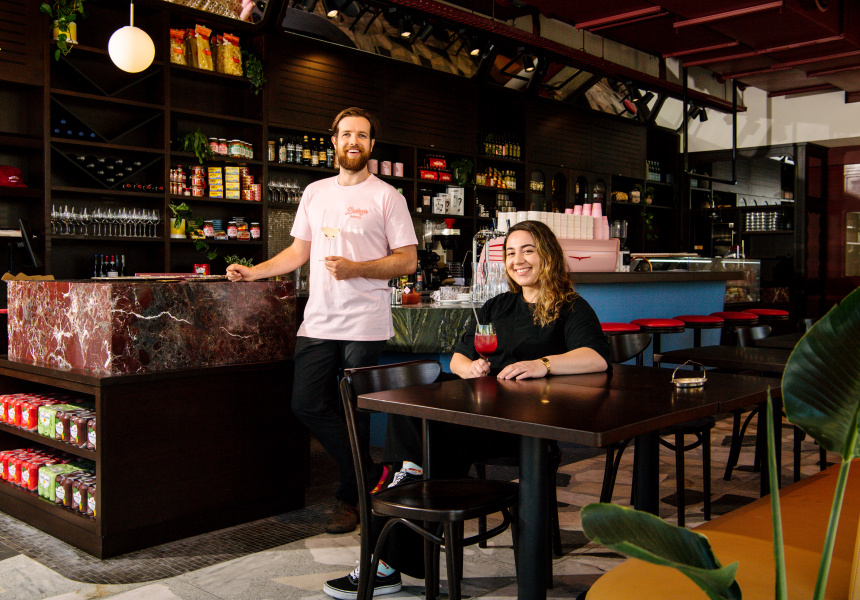 When the Anchovy Bandit crew acquired the spacious site next door (formerly New Nordic) they split it in two, simultaneously building a new dining room for their pizzeria and a brand-new concept, Bottega Bandito. After unveiling the former in December, the latter, a Euro-inspired deli and cafe, has finally opened.

The daytime offering complements Anchovy Bandit’s night trade and bolsters co-owner Alex Bennett’s foothold on the strip. “Prospect is such a vibing place during the day, especially on weekends,” Bennett told Broadsheet during our first visit. “There’s a lot of people around and there are more moving in.”

It’s about to get even busier, with Bandito destined to attract the weekend brunch crowd. The opening menu includes a breakfast milk bun with sausage, egg, pancetta, provolone and HP sauce; steak, dry-aged in house and served with Café de Paris (a butter-based sauce); eggs served with morcilla or eggplant caponata; and plates of salumi. “There’s a lot of Italian influence but we’ve also taken from French bistro-style food and some Spanish stuff as well,” says Bennett. “Shane’s French-trained and loves that style of food.”

Executive chef Shane Wilson (ex-Hentley Farm, Bistro Dom, Orana) came on board last year to oversee both Bandit and Bandito; he’s joined in the kitchen by Michael Henderson, who worked with him at Hentley Farm. When Broadsheet visits, Wilson’s making “a bakery amount” of sourdough focaccia. It’s a recipe he’s been working on since the national hospo shutdown – baked in the woodfired pizza oven next-door – and the foundation for Bandito’s sandwich menu, featuring fillings of sopressa, fior di latte, basil, fresh tomato and pickled chilli; mortadella, tapenade, stracciatella, pickled zucchini and spinach; and more.

Boost your brunch with cocktails such as the Bloody Bandito made with San Marzano tomatoes, gin and kimchi juice; a spiked Taiwanese milk tea made with black iced tea, apricot jam, strega and milk; or a take on the Bellini with house-made plum concentrate and prosecco. “We’re going aperitivo style, where everything is super approachable – juices, amaros, vermouths,” says Bennett. “Light, lunchtime drinking.”

The Studio Gram fit-out (and branding by Divide Design) links Bandito to next door but maintains its own distinct identity. “The intention was to bring a whole new personality into the Bottega space,” says Bennett.

“[Studio Gram] threw some futurism concepts into the design, but we’ve gone pretty hard with ’70s, ’80s, art deco,” says Bennett. “We wanted it to be fun and inviting and keep that Anchovy Bandit spirit.”

Bandit’s wine list is available by the bottle (including takeaway) and there’s a handful of local wines by the glass. Dawn Patrol coffee is supplying its milk blend, and a rotating list of roasters will supply beans for black and filter brews.

A merch range will eventually expand to include caps, tees, totes, pins and more. Bennett has also reached out to Bialetti to make a custom machinetta (moka pot).