This two-pronged beast by the owner of Andre’s Cucina & Polenta Bar has been two years in the making. 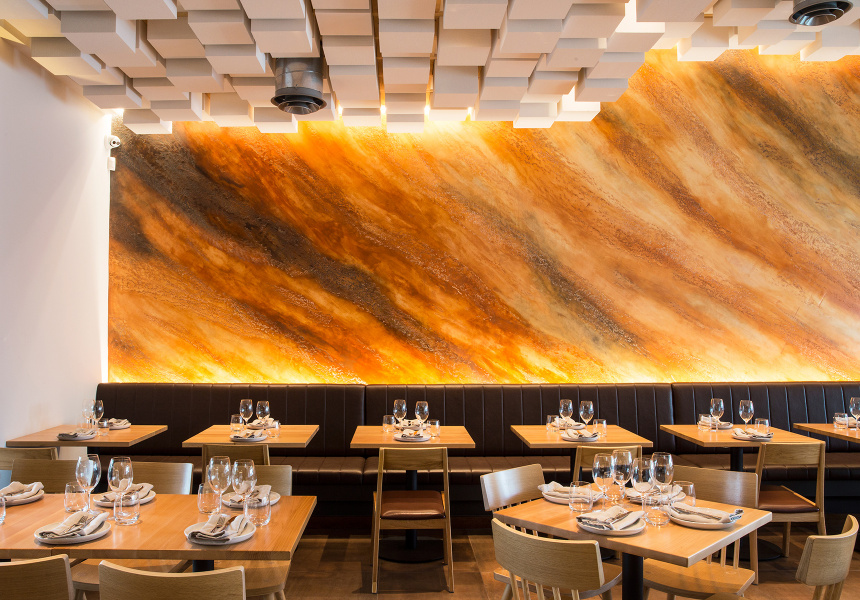 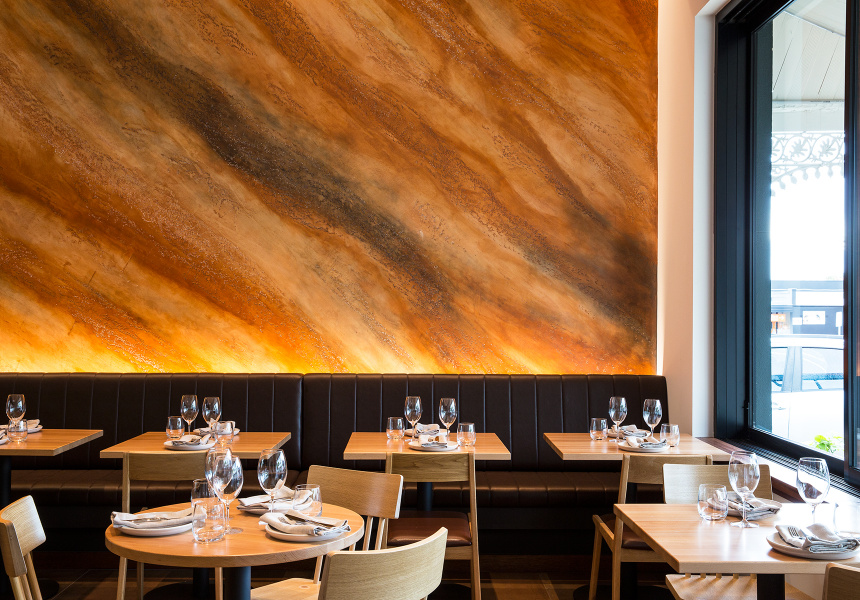 On the corner of Kensington Road and Victoria Terrace in Rose Park, a bluestone building has stood for more than a century.

The original structure now houses a deli-small bar hybrid, Willmott’s Gastronomia. To its right is the dining room of a contemporary European bistro, Orso. The adjoining kitchen stands where a granny flat once was.

Ursini’s venues now total three and, as of a few weeks ago, so do his children. Though he’s adamant about which is more demanding: “The venues – I have an amazing wife!”

This grand design feels worth it. Ursini’s father Giuliano, a semi-retired architect, led the charge. Thick-cut marble bench tops encase the open-plan kitchen kitted out with a shiny Josper charcoal oven and fire pit. A warm-hued, Venetian-plastered feature wall stands out against a brown-leather banquette and reclaimed Italian beech-wood tables. It spills out into a sail-covered courtyard.

Though there are “Italianisms” throughout the menu, dishes won’t be reminiscent of those at Andre’s Cucina. “I’m cannibalising my business if I do that,” he says.

“I didn’t want [Orso’s menu] to be a carbon copy of what’s in the industry at the moment,” Doak says. Avoiding “trendy, chef-y” turns of phrase such as “fermented”, “I’m trying to be honest with it to create a dialogue between front of house and diners,” he says.

A simple rollcall of ingredients describes each menu item. “Smaller” might be stracciatella with mustard-greens salsa verde, fennel, citrus and grilled sourdough, or beef tartare with preserved lemon, hazelnut, brown-butter vinaigrette and rye. “Larger” could be eggplant over the fire, or pork neck with Vermont maple, chicory, fennel and anchovy.

The pasta menu is small, sophisticated and flexible. “There won’t be red sauce,” Ursini says. There are larger-than-usual rabbit-filled gnocchi with raisins, mustard seeds and braising juices.

Broadsheet visited Ursini’s 20-acre, multipurpose property in Mylor last August. Its yield has more than doubled since then – Ursini spends one day a week in the garden beds.

The property is “highly geared towards a culinary narrative”, Ursini told us last year. Find subtle touches of it on the menu: there’s honey, braised greens, pea shoots (which form an oil), and even wood for the fire pit.

“As the development catches up you’ll see more influence across Orso and Willmott’s, but I don’t want to overpromise,” Ursini says.

With a culture of adaptability in the kitchen, there’s scope for sporadically available produce and diner feedback. The latter, Ursini says, is particularly important in a suburban context. “A lot of chefs scoff at that – they cook what they wanna cook,” he says. Not here.

The wine list, curated by prolific wine writer Nick Stock, is 180-strong with a Spanish leaning.

Next door, Willmott’s Gastronomia is a nod to the Willmott family who took ownership of the building in the 1890s. Downstairs functioned as a butcher and they lived above it (in what’s now a private dining room for the restaurant).

“History dictated what we should do with it,” says Ursini. In a street-facing display there are lumps of charcuterie and cheese. Overhead, jars of pickles, preserves and relishes are stuffed with produce from Mylor. Then there’s the Ciao XO. “It’s like an XO sauce, but made with Italian ingredients” such as air-dried tuna, anchovy and pancetta, says Ursini. Find it slathered on a fish dish in the restaurant.

Those who want to linger can pull up a stool. There’s a small menu plated by chefs at the bar, plus beer, wine and cocktails. Opt for a panino or tramezzino (a usually triangle Italian sandwich) if you’re on the clock.

Only once construction started did the team discover original bluestone beneath plastered walls and pressed tin beyond a false ceiling. A marble bar top emulates the one in the kitchen. Below are slabs of red gum that were “stashed in the shed for 20 years”, Ursini says.

Most recently the space was a furniture showroom. “The old owners – who had it for 20 years – came in the other day and started crying,” says Ursini. “It’s unrecognisable.”