Following a Covid-enforced reset, Fino’s CBD sibling is back – this time with superstar owners Sharon Romeo and David Swain at the helm. 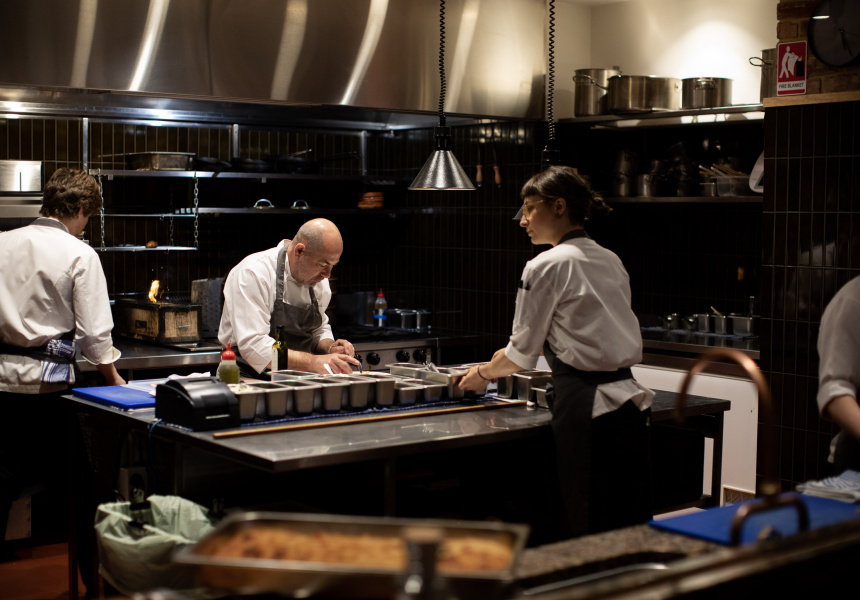 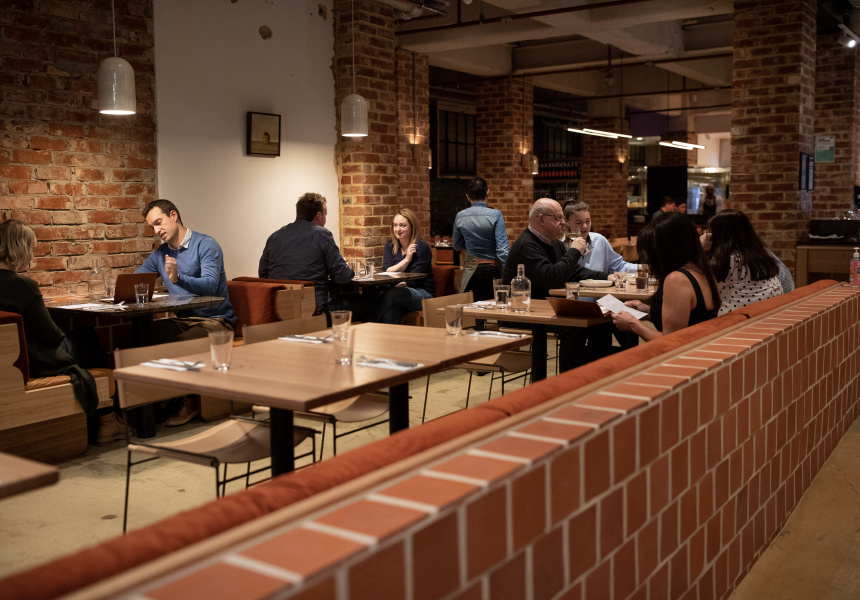 “It’s amazing how much you can get from a cabbage,” says David Swain. “One cabbage can feed so many”, he continues, before describing exactly how to maximise your cabbage return with several different dishes. The celebrated chef’s enthusiasm for the cruciferous vegetable is a neat example of his cooking, which is underpinned by peasant-style food and a low-waste ethos.

We’re sitting in Fino Vino – with co-owner and service superstar Sharon Romeo – where Swain is back in his chef’s whites for the first time in five years. It signals major change for the fledgling venue – the CBD spin-off of Barossa icon Fino Seppeltsfield – which opened in December ahead of a shaky few months, to say the least.

“It was the first day of the South Australian bushfires,” says Romeo. “It was also the last Friday before 99 per cent of businesses closed for their Christmas break. It was bad timing.”

Despite Romeo and Swain’s pedigree, and a head chef – Joe Carey – who’d done time at Dan Hunter’s acclaimed regional Victorian fine diner Brae, the venue had a mixed response from customers in its first months. “We employed a team we didn’t know,” says Romeo. “They were a very professional team but it was an unknown in working together,” adds Swain.

“We also tried to open a restaurant we thought we didn’t need to be at,” says Romeo. “But we’ve created such a personal brand that [customers] want David and Sharon as part of the experience, which is amazing.”

Then Covid struck. When the shutdown happened in March, it provided a chance for a “reset”, says Romeo.

Since reopening in June, she and Swain have been hands-on full-time in the CBD. The wider team – both kitchen and service staff – has changed too. (As a newly opened business, Jobkeeper wasn’t accessible to the existing staff, so Fino Vino took on some of Seppeltsfield’s workers, who remain at the venue.) “We’re now back to our core brand with core people who have worked with us over many years,” says Swain. “So we feel like we have our soul back.”

The pair’s 14-year partnership – which has gained a dedicated following since their early days at Fino Willunga – has roots dating back to 2000.

“That couple in here before remembered us from the Star of Greece 20 years ago,” Swain tells Romeo. The duo met at the Port Willunga restaurant before opening Fino Willunga together in 2006. (They upped stumps to the Barossa in 2014.)

Their history is woven through the Fino Vino menu: Swain’s signature crema catalana has been on the menu since day one at Willunga, and dishes such as the braised rabbit with rice and morcilla and the pan-seared brussels sprouts with eggplant, lentils and almonds all share DNA with dishes served at the OG location.

“It’s still regional, still simply based on ingredients, still working with farmers a lot, and that’s our core,” says Swain. “And from that you don’t need to trick the food up. It’s really simply cooked, just letting the product do what it does. And that’s been our philosophy forever.”

Swain draws inspiration from Mediterranean – largely Spanish and Italian – peasant food. “It’s all based around grains, pulses, vegetables and stocks full of flavour that turn little bits of food into lots of food,” he says.

“But everyone has come back from Covid wanting a bit of comfort,” says Swain. “We’re all a bit fragile, I think. We all want to say we’re good but we’re not really that great. We’re all waiting to see what the next week brings.”

The effects of the restrictions are still keenly felt by Swain and Romeo, who had relied on trade from CBD workers before Covid hit. While some offices are back in business, some are back with reduced staff (divided into A and B teams), and some remain empty.

“But we’re so fortunate to be able to trade,” says Romeo. “We just need South Australians to keep on coming out and supporting venues.”