Swap out Pimm’s for a homegrown alternative. 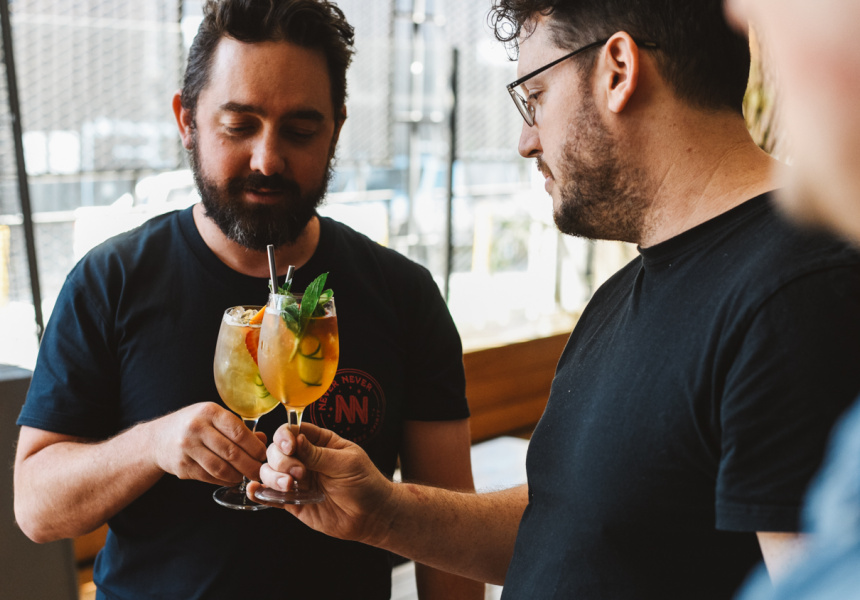 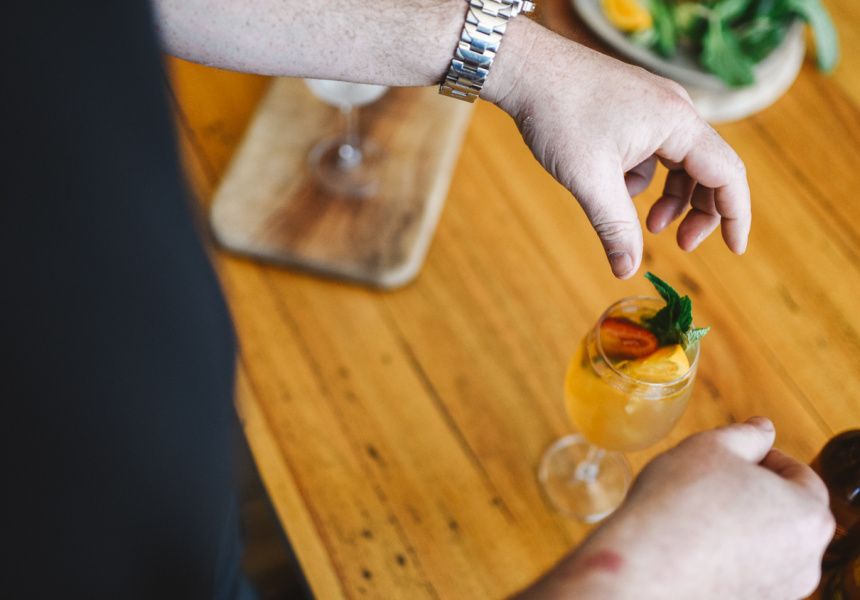 Fruit cup is a quintessentially British, often-gin-based mix of fruits, liqueurs and spices. Pimm’s is the most famous on the market.

But two Australian spirit producers – Adelaide’s Never Never Distilling Co. and Melbourne’s Marionette – have collaborated on a fancy fruit cup Australia can call its own. Just in time for summer.

Both producers made booze expert Nick Stock’s list of Australian spirits to try earlier this year.

“Shooting the breeze” at an industry event, conversation between the teams turned to what was lacking in Australian spirits. “There wasn’t really that summer sipper,” says Never Never co-owner Sean Baxter. They thought: “Let’s make one.”

Fruit cup was the obvious frontrunner, he says, but they needed to make it their own. “It’s hard to even describe fruit cup without mentioning Pimm’s,” Baxter says. The drink is sweet and fruity, with a gin base that’s often undetectable.

Fancy Fruit Cup presents a little differently. “Ours is lighter and drier,” Baxter says. “The gin carries through a lot more so the flavour profile is bigger and more juniper-forward.”

It’s a mix of Never Never’s triple-juniper gin and Marionette’s barrel-aged orange curaçao. The gin is steeped in earl grey tea to create tannin and complexity. The curaçao contains navel, Seville and blood oranges from Mildura that are macerated, distilled and barrel-aged with cask-strength South Australian brandy.

Never Never makes the fruit cup with a very small portion of their gin heads (a by-product of gin distilling), which are used for steeping bold Australian spice. “As you turn on a still you get the heads of a product coming through first,” Baxter explains. “Then you get the heart which effectively becomes the gin itself.”

The name is a nod to old-world bar culture. “Back in the day when you made a gin cocktail, it became a fancy gin cocktail when you added curaçao,” Baxter says. “By adding curaçao to our fruit cup we effectively make it a fancy fruit cup.”

To serve, mix equal parts Fancy Fruit Cup, lemonade and ginger ale. Garnish with cucumber, mint, orange and strawberry. “I don’t want to sound too cheesy,” he says, “but it does taste like all the best parts of summer.”

Alternatively, shake a Sour with lemon and egg white, a Royale with champagne, or a Spritz with prosecco, soda water and citrus. In winter, blend it with mulled apple cider or in a warm gin punch.

Never Never and Marionette’s Fancy Fruit Cup is available for online pre-order now. The launch party is on Sunday December 2 at Adelaide bar 2KW. It will then be on sale in selected venues across the country.