An Espresso Martini Festival is Coming to Adelaide It’s no surprise the Espresso Martini inspires such enduring devotion. The one-two punch of coffee and liquor is a near perfect combination.

In the past few years it’s reached new heights thanks to a rise in coffee culture and bartenders’ increasing willingness to experiment and redefine what the caffeinated cocktail can be.

It comes at the right time, then, that Adelaide has scored its very own Espresso Martini festival. The two-day event – from catering company Steve the Bartender – will be held in Rymill Park on February 2 and 3.

Beyond the caffeinated cocktail there will be other classic mixes plus wine and cider from Sidewood and beer from Vale Brewing. Abbots and Kinney, Jack Ruby, BRKLYN, Electra House and more are on food duty.

Espresso Martini Festival is on Friday February 2 from 5pm to 11pm and Saturday February 3 from 12pm to 11pm at Rymill Park. Tickets are $30 and available online. A VIP ticket ($100) to "White Marquee Martini Island" includes festival entry plus access to an exclusive bar and four free cocktails from Antipodes Gin Company. 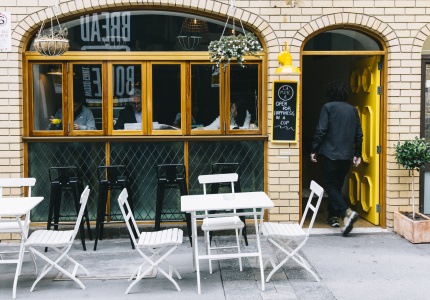