Order a soup by Duncan Welgemoed, Simon Bryant, Maggie Beer and more to help those sleeping rough this winter. 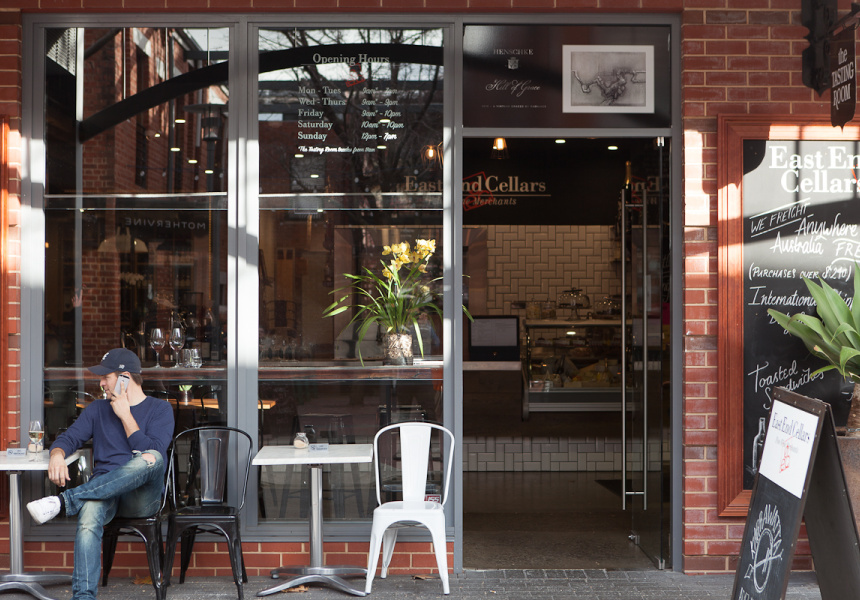 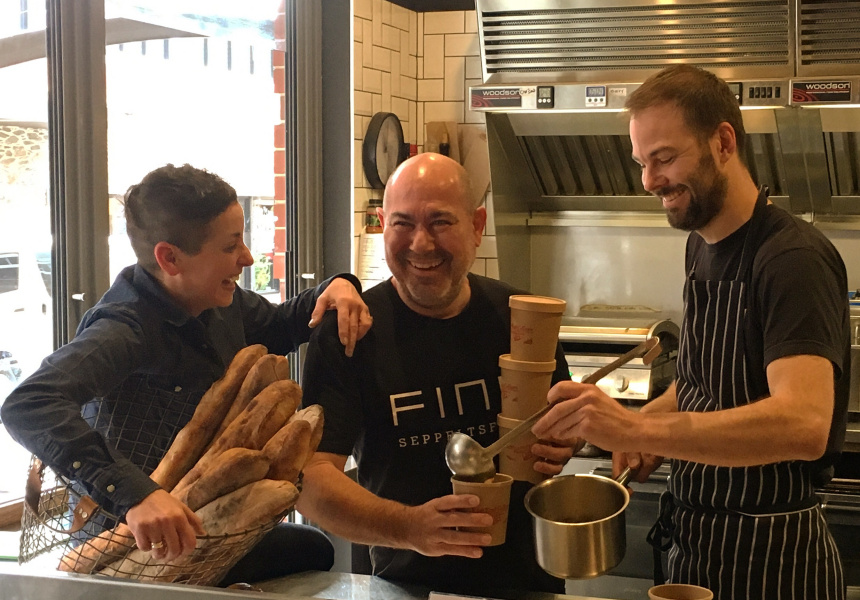 It’s a particularly cold morning in Adelaide when Broadsheet speaks to East End Cellars co-owner Margie Andrewartha. In fact, it’s the coldest capital city in Australia that day – early temperatures barely reach a few degrees. It’s uncomfortable at the best of times, but for people without a roof over their heads it’s much worse.

The soup kitchen formula is simple: every Thursday, order a steaming bowl of soup and crusty bread from a high-profile chef for $15. All profits go to the centre, and additional donations are also welcome – $10 will buy four meals for people sleeping rough.

The initiative kicks off tomorrow and chef Simon Bryant is first up: he’s making a soup with confit goose, pork sausage, baby blue lentils and sourdough crumbs. The soups to come are under wraps for now, but we know they’ll be cooked by Fino’s Sharon Romeo and David Swain, Africola’s Duncan Welgemoed, Chianti’s Maria Favaro, and Maggie Beer.

Winemakers are also donating wines for a weekly silent auction. Tomorrow, it’s d’Arenberg’s Chester Osborn. Stephen Pannell (S.C. Pannell) is also getting involved, and Robert Hill Smith (Yalumba) is on board for Maggie Beer’s week (“the King and Queen of the Barossa,” Andrewartha says).

For the first time, local business leaders will help out in the kitchen. Justin Jamieson, Partner at KPMG Australia, is joining Bryant tomorrow. “Simon’s looking forward to bossing Justin Jamieson around and making him serve soup,” says Andrewartha. “It’ll just be a lot of fun. That’s what it’s supposed to be.”

East End Cellars raised $10,000 last year, and the team hopes that figure will double this time around.

East End Cellars’ Soup Kitchen runs until July 9. Soup can be pre-ordered, and donations made, online at eastendcellars.com.au. There will also be soup available for lunch and dinner walk-ins.