A small dinner with a big name in wine. 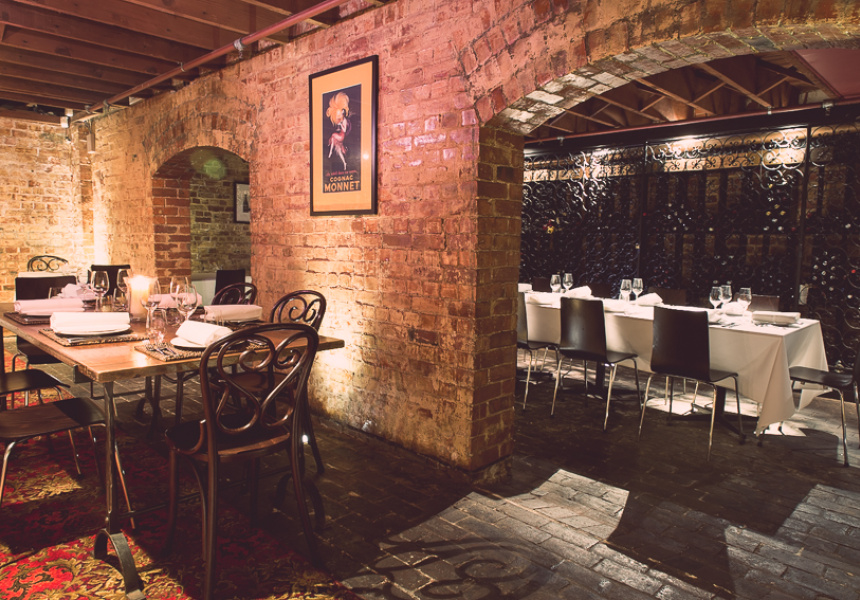 He’s best known for his winemaking skills, but for one night only Taras Ochota will play the role of dinner host at Apothecary 1878.

The seven-course meal (on April 27) is a chance to get to know the man behind Ochota Barrels. And to drink his personal collection.

“He’s not doing any other dinners in Adelaide, purely because the wine is already sold out,” says Apothecary 1878 owner Paola Coro, who will also serve her own stash. “I bought some and kept it for this kind of occasion rather than sell it.”

The event, for 40 diners, will be held in the venue’s downstairs cellar and restaurant. Head chef Frank Hero’s menu matches wines, including Ochota Barrels Weird Berries in the Woods Gewürztraminer 2014; Fugazi Grenache 2015; and I Am The Owl Syrah 2015. They’re top drops.

“We tend to focus on the smaller producers,” Coro says. “Taras is part of the next wave of small producers to watch out for.”

The term “wine rock star” may sound wanky, but in Ochota’s case, it has legs. The former punk rocker won the Young Gun of Wines award in 2013 and made premium small-batch wine A Sense of Compression with TOOL frontman Maynard James Keenan that same year. His Adelaide Hills creations are found on menus at top wine bars and restaurants across the globe.

“In 10 years’ time you’re going to wish you put some of his wines away to store,” says Coro. “There isn’t heaps around.” Mark Reginato from Man of Spirit is co-host, and will prepare a cocktail to accompany dessert.

“There’s that serious wine element side to it, but with those two involved there’ll be fun as well,” says Coro. “I’ve been nagging Taras to do something like this for ages, and with a bit of pressure from Reggie he caved.”