The Depot Collective Cafe Opens at The Joinery 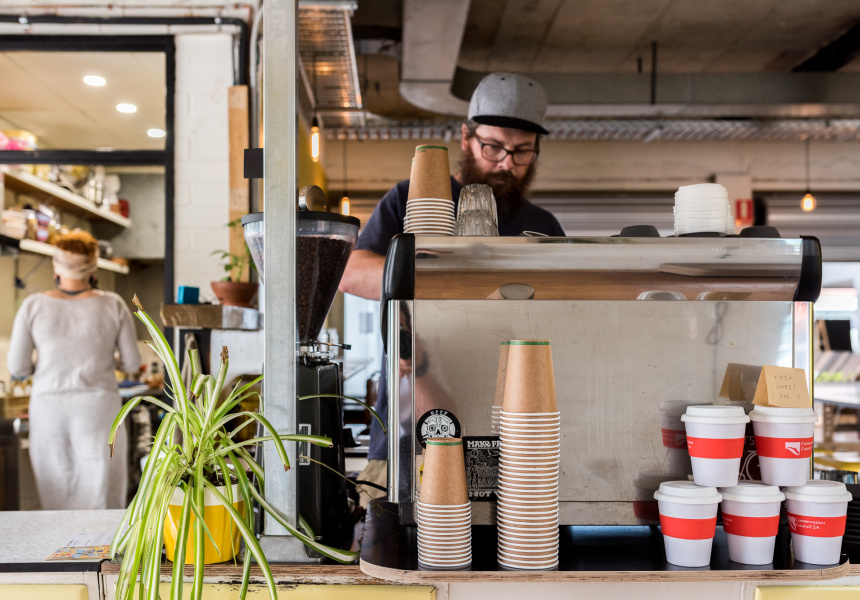 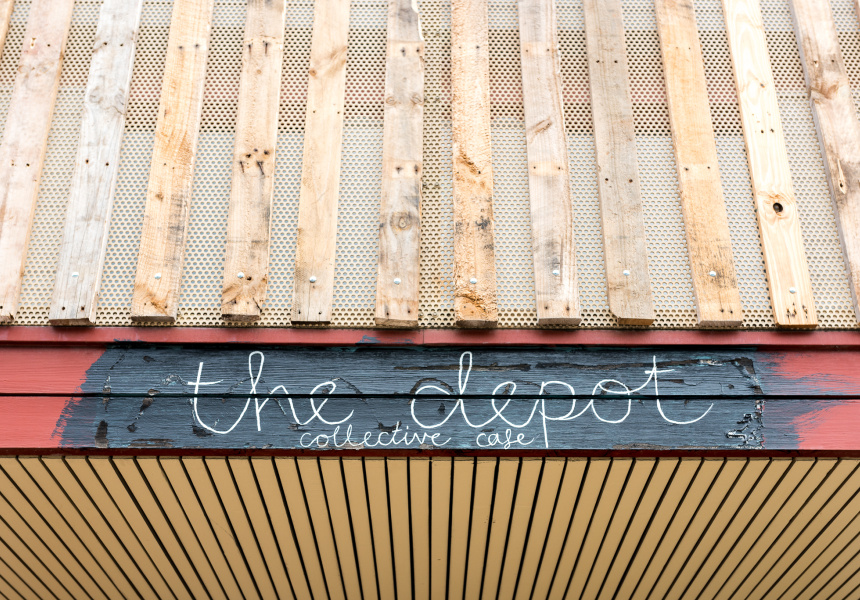 It used to be full of exhaust fumes but the old Franklin Street bus station has had an eco-friendly exorcism.

Now customers can wander in for a coffee at the new Depot Collective Cafe, between heading next door to the Adelaide Community Bicycle Workshop (for a different kind of maintenance) and picking up gardening tips from Common Ground. Collectively it’s known as The Joinery.

Also occupying The Joinery are the Conservation Council of South Australia, and DEWNR (Department of Environment, Water and Natural Resources), so its eco-credentials are sound. Maddie Harris was there to inquire about some unrelated business when talk of a cafe came up. Being part-owner of Cafe Troppo on Whitmore Square, she knew she had the chops to make it work.

“The idea was always to put a cafe in to the building to bring people in,” she says. “They didn’t really have the capacity to run the cafe alone so I expressed my interest in a collaboration and here we are.”

An interior architecture graduate, Harris oversaw the refurbishment. The white brickwork is livened up by feature walls of canary yellow. The fit-out was completed using salvaged goods from op shops and Gumtree. “There was very little budget so I had a lot of help from handy friends.”

The Depot, which had a soft opening on April 13, celebrates its official launch in late April. Once in full swing, Harris hopes it will mimic Cafe Troppo’s community-focused ethos. Food and supplies are local and sustainably sourced, reducing food miles and supporting the immediate economy.

“At the moment we’re sourcing produce from Adelaide Central Market but the plan is to eventually get it from the garden,” Harris says of the veggie patch behind the cafe. A daily soup special, vegetarian and ham-and-cheese toasties, baguettes and large salads will reflect the seasons.

Harris wants to start a trainee program to offer hospitality skills to those who can’t afford to enrol in courses. “A lot of the initiatives at The Joinery rely on volunteers so we would like to be mostly community-run,” she says. The training program will be in collaboration with Common Ground, a housing agency that aims to reduce homelessness. “We’ll have core employed staff and some volunteer shifts for people who want to experience what it’s like to work in hospitality.” 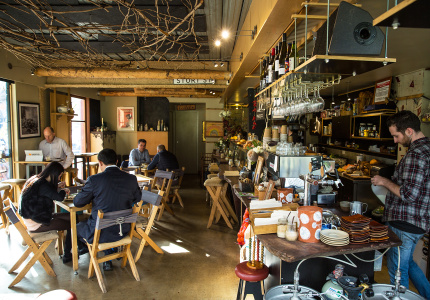