CRFT Wines Opens to the Public 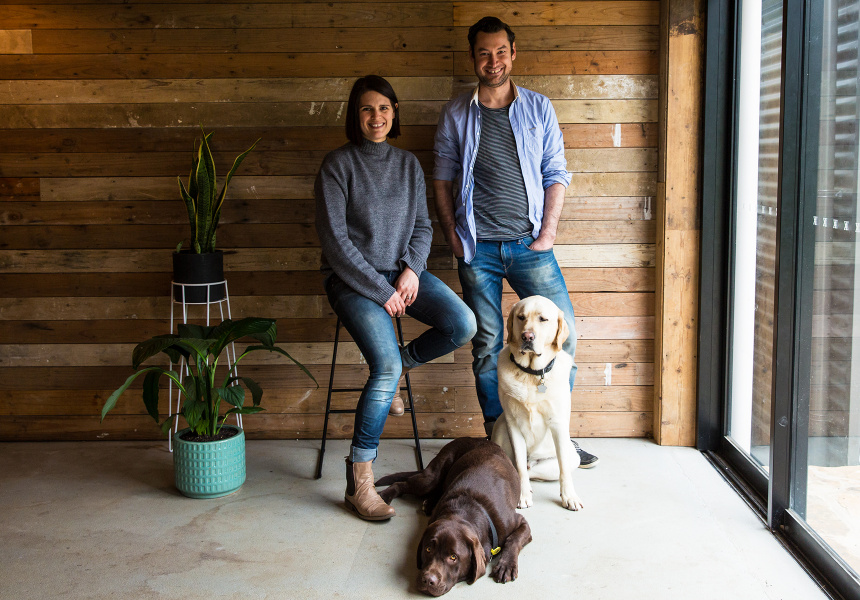 “This land existed well before even life existed,” says winemaker Frewin Ries, referring to the ancient soil of the Adelaide Hills. He and wife Candice Helbig form the team behind small-batch winery CRFT Wines.

Expression of place and “terroir” are commonly talked about in wine circles, but for Ries and Helbig it's much more than a buzzword. CRFT was built upon a shared philosophy and love for single-site wines where the vineyard is king. Each label features a detailed photograph of the soil.

“[The Adelaide Hills] has always been the top cool-climate region in the state, but for years so much fruit has been lost to blends of bigger companies,” says Ries. “So we wanted to start drawing focus to individual vineyards. That’s the kind of stuff we’re really interested in.”

Each of CRFT’s wines – currently pinot noir, shiraz, Austrian varietal gruner veltliner and an aromatic, dry-style gewurztraminer – is made from grapes picked from a single vineyard. The fruit is sourced from nine blocks across the Adelaide Hills, Barossa Valley and Eden Valley.

Since its first vintage in 2013, CRFT has been tracking nicely in the trade scene – it was named one of James Halliday’s Top 10 New Wineries in his 2016 Wine Companion – but the addition of a cellar door is “the next natural progression for the brand,” Ries says.

The new venue is located on the couple’s property in Carey Gully. The two of them, with the help of a local builder, have rejuvenated the 100-year-old shearing shed and horse stable into a tasting room for the public. “We really wanted to keep it as a rustic space,” Helbig says. “You can even see in places where the timber has been chewed on by the animals,” adds Ries.

A crackling fireplace provides gentle warmth, making you feel right at home. Barrels of wine and a beautiful table made from restored jarrah found during the build add to the rustic vibes. A window and glass door overlooks the adjacent vineyard.

Guests can choose between two flights of wines – a cross-section of the CRFT range or a single varietal flight to highlight the differences of each site. “We now have five single-vineyard pinot noirs,” says Ries. “Not often do you get the chance to sit down and look at them all side by side.” Visitors will have close access to the winemakers, who will host the tastings. “But we’ll leave it up to the guests to make it as interactive as they’d like,” says Helbig.

Food, at this stage, is unavailable. But with several dining options close by, Helbig and Hies will gladly point you in the right direction.

For now, the cellar door is only open on weekends. Stay tuned for extended hours in the warmer months. Bookings are required for groups of six or more (groups are capped at 10).