Coopers Session Ale is Now Available in Bottles and Cans

Now you can take your favourite summer brew home with you. 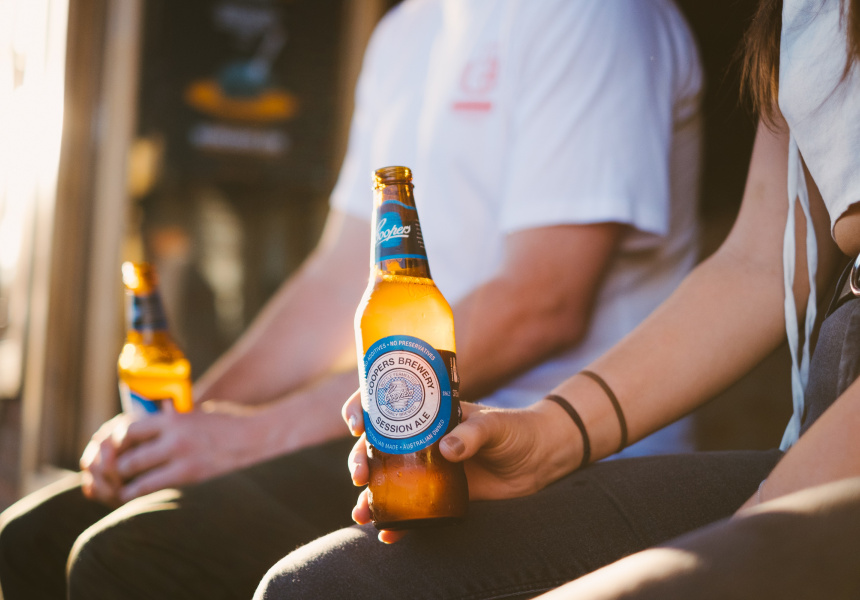 After an initial rollout in kegs in pubs and bars across the country, Coopers’ popular Session Ale is now available to purchase in bottles and cans.

The newest addition to the Coopers stable was released late last year to meet growing demand for fruity, easy-drinking beers. It’s made with Galaxy and Melba hops, which produce tropical fruit notes and an aromatic hop character.

Unsurprisingly, the refreshing, lighter-style brew – with a sessionable ABV of 4.2 per cent – was a hit over the hot Australian summer. In January it became Coopers’ second largest selling keg beer after Coopers Original Pale Ale (ahead of Sparkling Ale and Mild Ale).

“It’s been a tremendous response,” Coopers’ sales and marketing director Cam Pearce said in a press release. “As Session Ale has become better known, we have been inundated with customer requests for it to be released in a packaged format. It’s an excellent example of innovation by Coopers’ brewers and as a beer, it is fully on trend.”

The products will roll out in liquor stores across the country from today. In SA it’s already available at East End Cellars, Melbourne Street Cellars and PALS (Parafield Airport Liquor Store).