When Covid-19 struck, Kate Richards and Joel Tisato had to press pause on their pay-what-you-wish restaurant concept. In the meantime, they’re hosting a one-off breakfast with toasties and batch-brew by Monday’s Coffee to draw attention to food poverty and food waste. 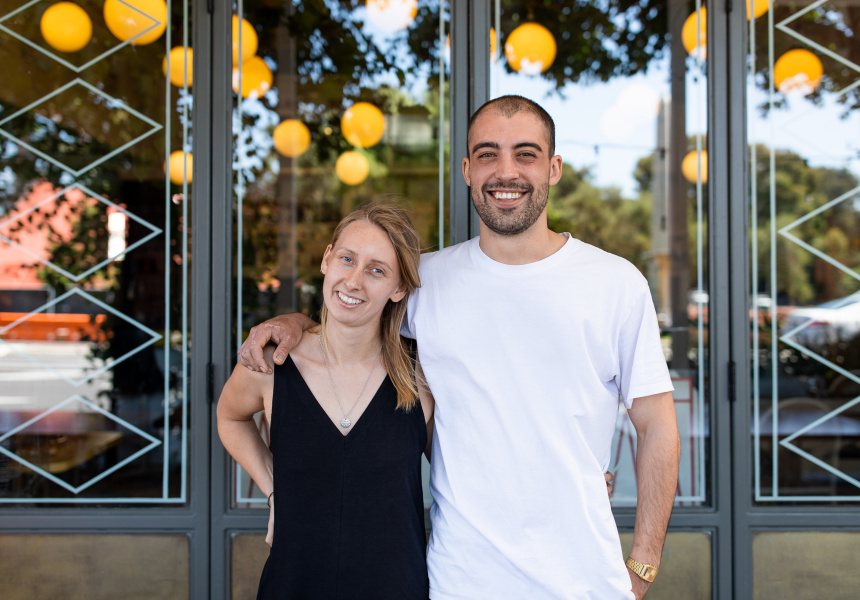 “We’ve been in hospo for a long time now, so we’ve both been itching to do our own project – but something that’s less about us and more about other people,” Africola waiter Kate Richards told Broadsheet back in March. She was spruiking her new restaurant concept, Share, co-founded with Africola sous chef Joel Tisato, to help combat food waste and food poverty.

But when Covid-19 restrictions came into effect, they had to press pause on the project. While the original dinner series concept is on hold, Richards and Tisato are pushing ahead with a one-off breakfast pop-up in its place, which will take place on Monday June 29 at Arthur Art House.

“We don’t want to compromise the format we wanted to do,” says Tisato. “We still want the outcome to be communal dining – everyone being able to sit together – so [the dinners] will be on hold for a while until we can do that.”

“So we thought, ‘How can we still do something and keep momentum going while [positively] impacting vulnerable people?’” says Richards. “If that means that all ‘haves’ come and they all donate $20, that’s great. Then we donate that money.”

“Or if we get to feed some people who take some food away they can’t afford, that’s great too,” says Tisato. “Another plus of breakfast is it’ll be in and out, quick food, there won’t be a lot of people hanging around,” he says, acknowledging social distancing rules.

The menu of savoury vegetarian (and vegan) toasties and sweet brioche toasts will be made with salvaged food donated by food-rescue organisation OzHarvest. Tisato and Richards won’t know what produce is available until this weekend. “It’s mushroom season, so I hope we get some mushrooms … mushroom and cheese toasties … spinach as well – dark, leafy greens are in,” says Tisato. The brioche will be supplied by Soi Boii.

In Australia, more than five million tonnes of food ends up in landfill each year (enough to fill 9000 Olympic-sized swimming pools). Meanwhile, nearly four million people in Australia are experiencing food insecurity. Tisato and Richards want to draw attention to those alarming stats.

“OzHarvest gets an unbelievable amount of bread, it’s insane,” says Richards. “That was another push for us to do this,” adds Tisato. “It’s typically places that are shut for a couple days like the [Central] Market … especially those artisanal breads – if you don’t sell them on the day you can’t sell them the next day. That’s pretty much what it comes down to. So the bread is fine, especially for something like toasties – it’s great.”

“It seems to me ridiculous to throw that food in the bin when there are people who can eat it,” says Richards.

Members of Adelaide’s vulnerable communities – such as those sleeping rough or experiencing food insecurity – will be able to eat for free at the pop-up (the pair are working with Hutt St Centre to spread the word). Other customers can choose to pay as much as they want for their meal.

Profits from the day will be donated to OzHarvest’s Nourish program, which enables at-risk young people to obtain a Certificate II in hospitality or kitchen operations, and Catherine House, which provides emergency accommodation and support for women experiencing homelessness.

There’s the option to dine-in – there’ll be trestle tables and comfy couches, and plant stylist Jessica Taylor of Ivy House will add a touch of greenery to the space. Batch-brew coffee will be supplied by Monday’s (Richards and Tisato suggest bringing your own cup to reduce waste).

Share AM will be held on Monday June 29 from 7am to 9am at Arthur Art House (66 Currie Street, Adelaide). Cash only.