Coming Soon: An Eight-Seat Yakitori Bar Is Moving Into Shōbōsho

“A lot of sticks, a lot of charcoal, a lot of small plates”. 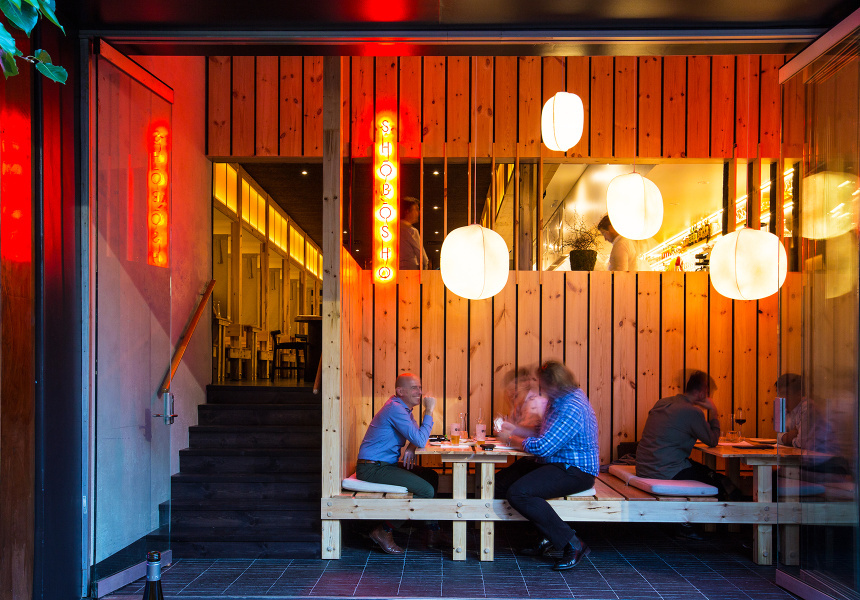 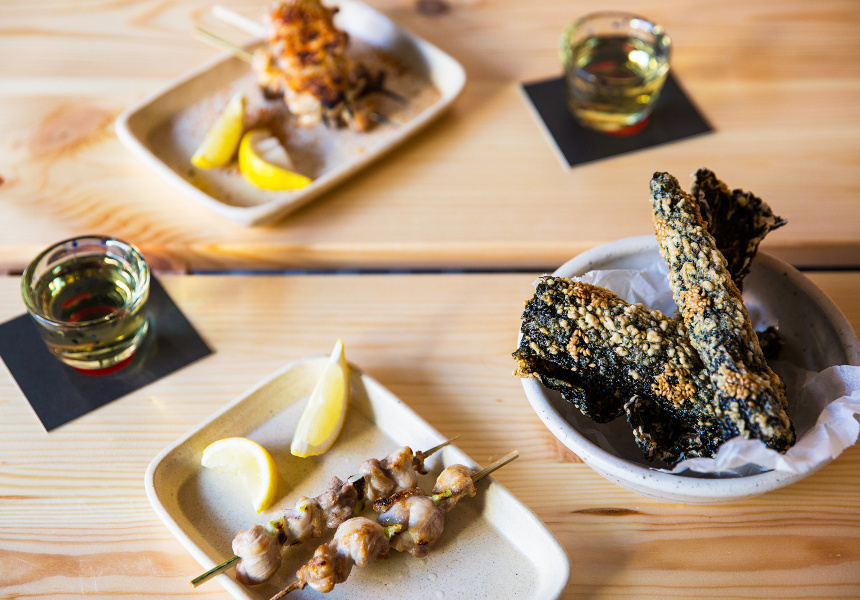 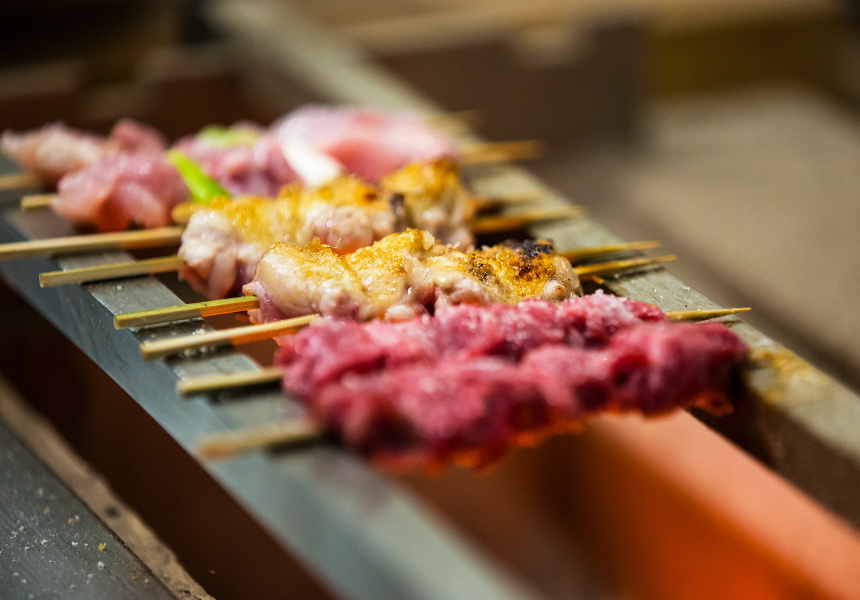 Grilling skewered chicken over coals sounds simple, right? Wrong. “Imagine one chef cooking yakitori for 70-plus people,” he tells Broadsheet. “The quality wasn’t good enough … so I pulled it from the menu.”

Next week a rectangle bar with two in-built charcoal grills will replace Shōbōsho’s street-level booths. The Asian-inspired “fire house” is getting a little sister – Shō – an eight-seat, yakitori bar where the grill will be at arm’s length.

Quality control is a little easier when you’re cooking for eight, not 70. Yakitori is back on the menu – downstairs – alongside kushiyaki (“anything other than chicken on sticks”, Liston says). Expect skewered meats, mainly, but not exclusively.

A stand-alone chef will take your order, cook and serve your food and pour your drinks. “That’s exactly what you see in Tokyo,” says Liston. Shō is modelled on the interactive, pint-sized yakitori bars he’s visited on yearly trips to Japan.

There’ll be Asahi, and Suntory whisky highball on tap, two sakes and wine service from upstairs.

It’ll be “totally flexibile”, Liston says. “Leigh Street is traditionally a drinking street.” Pull up a stool for a quick bite and a beer on the fly, or whet your palate before heading into the restaurant.

Private dining – similar to yakiniku (grilled meat) restaurants in Japan – will also be an option. There’ll be tailor-made set menus, matched wine or sake, and premium ingredients such as barbequed lobster, abalone and local wagyu.