A Daily Aperitivo “Hour” at Hellbound (With Complimentary Snacks)

Order an aperitivo; get a free, bite-sized portion of a dish from the bar menu. 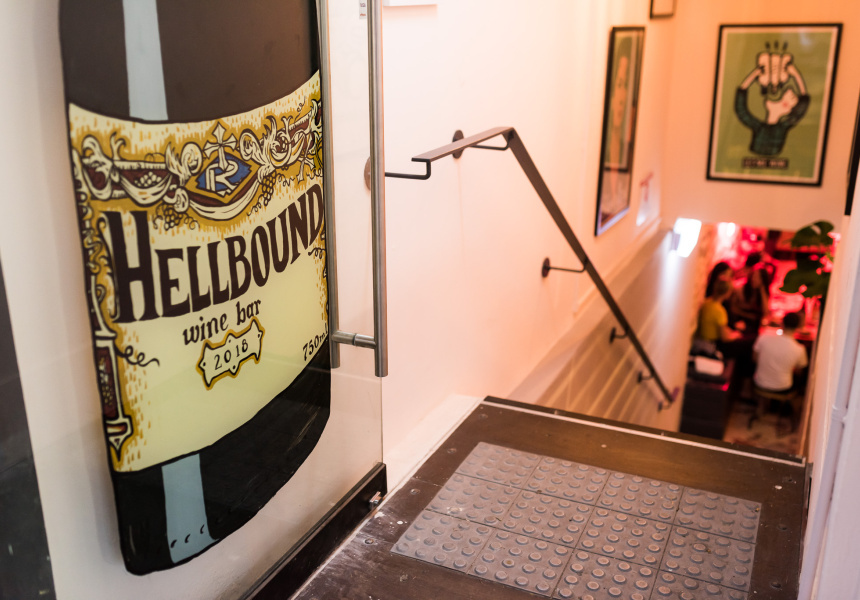 Rundle Street basement bar Hellbound is running a daily aperitivo “hour” from 4pm to 6pm, and opening seven days a week (instead of the usual Wednesday to Sunday) until around Easter.

Do as the Europeans do: order an aperitivo; get a free, bite-sized portion of a dish from one of the city’s best bar menus. You might get a teaser of whipped tahini with date butter and dukkah; sardines with red capsicum, pomegranate and smoked almonds; or anchovies with almond tarator (sauce) and pickled capsicum.

As it is, “We change our by-the-glass wine list twice a week,” Reginato says. The aperitivo list is just as spontaneous: “If it’s 45 degrees, I might put eight sherries on the bar.”

Hellbound is a wine bar, first and foremost. Choose from French champagne, a haul of fortifieds such as vermouth and sherry (there’ll be magnums, says Reginato), or a few different spritzes. There's also Mortiz Spanish lager (from the state’s only tap) and some “large-format” beers and ciders.

Also keep your eyes peeled for the “Destroyer”. It’s an Adelaide Hills chardonnay made by Col McBryde of Adelina Wines and bottled under Hellbound co-owner Louis Schofield’s label, Worlds Apart Wines. The three-year-French-barrel-aged white has an oxidative character (similar to dry sherry) but retains its zesty fruit characteristics.

This article was updated on December 10, 2018. It first appeared on Broadsheet on October 25, 2018. Menu items may have changed since publication.