Spanish croquettes, tortillas, empanadillas and salted mulloway – Comida Inc is serving up a taste of Spain in Hahndorf. Grab a rug, buy a bottle of wine, and lay out in the lush gardens. 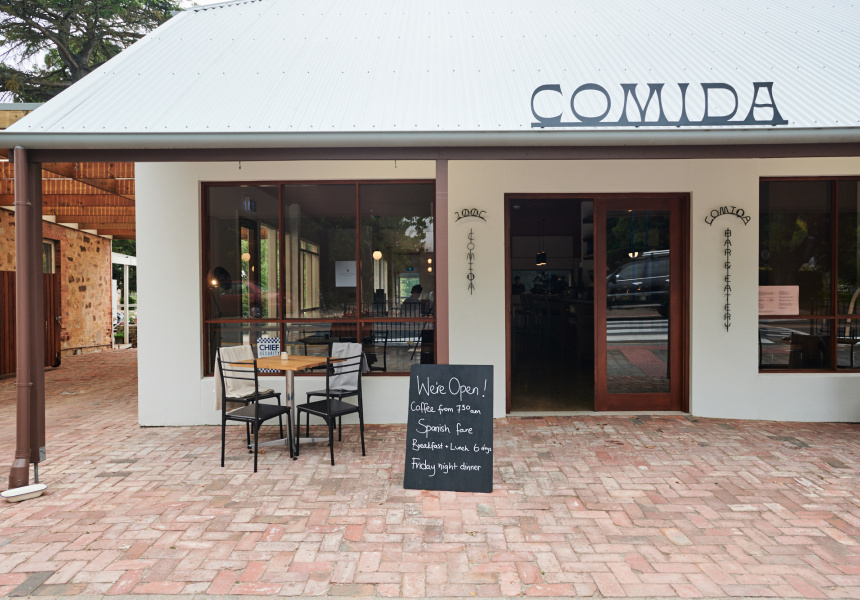 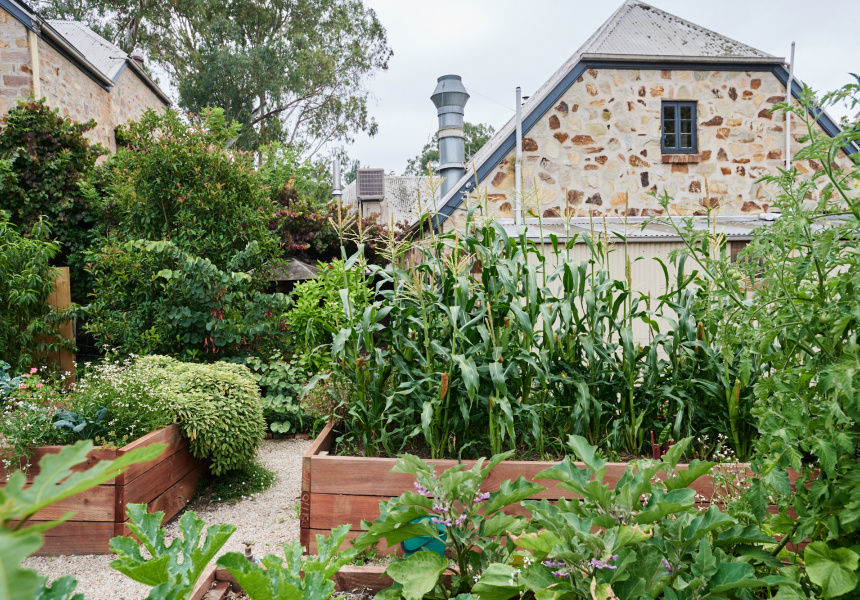 After soft launching earlier this year with a series of garden parties, Comida Catering Co’s Adelaide Hills restaurant has officially opened its doors.

Situated on an expansive block on Mount Barker Road previously occupied by the Seasonal Garden Cafe, Comida Inc is owner Brad Sappenberghs’ first bricks-and-mortar venue and the latest evolution of the Comida brand, which started as a home-based catering company before expanding with a (now shuttered) stall in the Central Market and a growing presence at Roxie’s and Chateau Apollo.

The spacious property has a lush garden out the back where Sappenberghs is growing his own fruits and veggies, and will soon host functions.

“We were really keen on the big garden space so that’s a really big part of the business model,” he tells Broadsheet. “The next step [is] to get that up and going and then we want to be pushing events, weddings – all that sort of stuff – when the weather turns better again after this winter.”

To the left of the outdoor area there are eight garden beds growing tomato, zucchini, cucumber and eggplant plus a variety of different herbs. Next to these is a line of over a dozen fruit trees producing apples, cherries and a wide range of plums.

Once picked, most of the crops are used as garnishes, adding light, fresh flavours to dishes such as the montaditos (open sandwiches), which are topped with ingredients like apple, tomato, fennel or herbs. The produce also stars in plant-based dishes such as zucchini with shiso and fennel, and eggplant with chickpeas and rocket.

For now, the focus is on morning and afternoon service, with dinner only available on Friday nights. “The brekkie menu is the same sort of style we used to have back in the market,” Sappenberghs says. There’s the signature tortilla, torrijas (Spanish-style French toast) and a take on bacalao (salted cod) with salted, slow-poached mulloway from the Coorong served with fried eggs, greens and mojo verde sauce. Lunch plates include chicken from Nomad Farms served with sweetcorn, ajo blanco (cold almond soup) and pickles; lamb ribs with a sherry vinegar glaze served with pressed potato and a caper salad; and patatas bravas (fried potatoes) with aioli and tomato chilli jam. For tapas, there’s smoked cheese and leek croquetas, beef-cheek empanadillas, manchego cheese custard with truffle chips and more.

A majority of the non-alcoholic drinks have been sourced from Squatters Collective, including cold-pressed juices from Juice Quest, kombuchas from Gather Brewing and a nitro cold brew from Mischief Brew. Coffee beans come from De Groot Coffee. The beers are mostly local apart from the Spanish Moritz. The wine list homes in on lo-fi Adelaide Hills producers such as Guthrie, Ochota Barrels and Basket Range Wine.

The warm, earthy fit-out was designed by James Brown and Claire Markwick-Smith and constructed by Sam Weckert at Tiger Build. “We wanted it a bit cleaner than the markets in terms of the fit-out, [but] we still wanted that warm vibe,” Sappenberghs says.

Just behind the restaurant is a deck that overlooks the whole garden with a woodfired oven and an outdoor bar that will be used, weather permitting, on weekends and for events. Patrons can also grab a rug and buy picnic snacks and a bottle of wine to take out into the garden, where Sappenberghs’ signature paella will be making semi-regular appearances.