A relaxed Italian diner from the Ruby Red Flamingo and Tony Tomatoes crew. 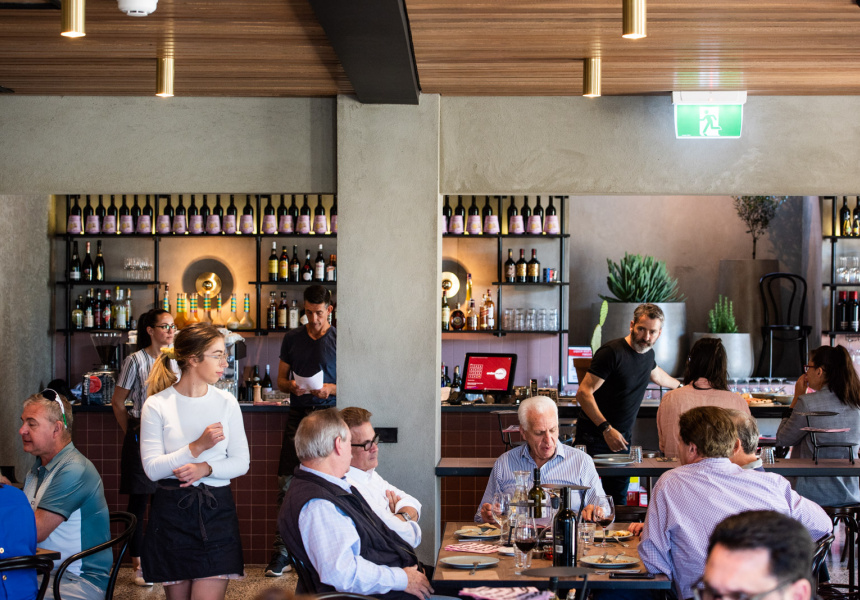 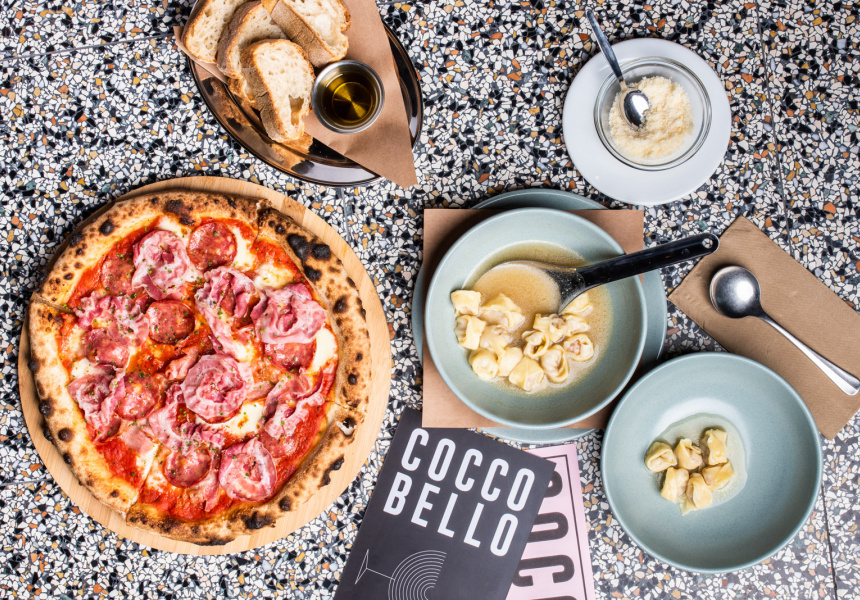 Lauro Siliquini – co-owner of Ruby Red Flamingo, Tony Tomatoes and the ever-changing single-dish diner on O’Connell Street – has spent decades in hospitality. Even so, he still considers himself “a humble Italian waiter”.

The latest addition to his portfolio – Coccobello – draws on his central-Italian roots, plus those of his northern-Italian business partner Enzo Verdino. In short: pizza, pasta and some considered Italian classics. Find it a few doors down from Hispanic Mechanic on Glen Osmond Road.

For Siliquini, it all started with a picture he took in Cinque Terre. “It was just a … bocce pitch,” he says. “There was a wall with two plastic chairs in front of it and a name written on [it].”

He showed that photo to Melbourne-based interior designer Alana Cooke and she set about recreating its relaxed Mediterranean feel at Coccobello. The fit-out was almost a year in the making. The stucco walls have a light lace finish and imported Italian terrazzo is everywhere in the largest of three dining rooms, which looks out over a small outdoor terrace. The venue seats a total of 150 people.

Pizzaiolo Matteo Barison has headed east from Tony Tomatoes to preside over a large electric pizza oven that’s partially powered by the solar panels on the roof. He crafts biga (a pre-fermented baker’s yeast starter) dough from the large bags of imported stone-ground flour in the kitchen. Next to them is a station where fresh egg pasta is made daily.

In the kitchen, Verdino dispenses rapid-fire instructions in his mother tongue. He has family in Bologna, where he learned the art of tortellini making. Coccobello’s signature dish is delicate veal-and-prosciutto parcels served in a chicken broth. Though Verdino has called in some expert help to create them: “They’re just three or four grams [each],” he says. “To make them would be hard for me so my wife does them – she has very little hands.”

You can recognise Ruby Red in the pasta and Tony Tomatoes in the pizza, but Coccobello is its own entity. The kitchen bakes bread and makes gelati on-site. About a third of the menu is vegetarian and just about everything can be made gluten-free.