This Clare Valley Restaurant Is Worth the Drive 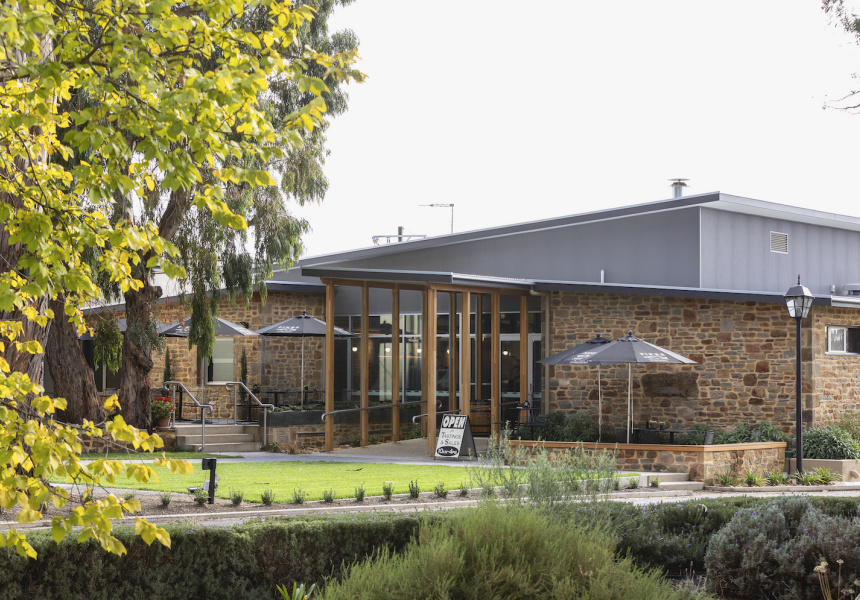 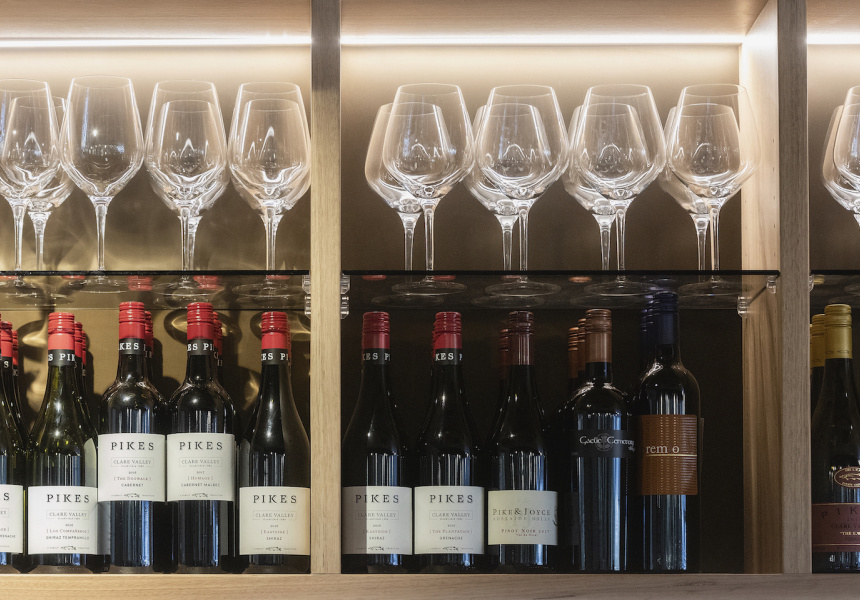 Max Stephenson is no stranger to kitchens with a cracking view. He previously worked at Hobart’s Mona, where he was executive sous chef at The Source for four years.

But the wide-open spaces of the Clare Valley (a two-hour drive north of Adelaide’s CBD) – and the opportunity to head up his own kitchen – proved too tempting. He moved to Clare in October 2018 and hit the ground running as head chef at Slate, the new restaurant at Pikes Wines. “I was given a four-week deadline to open,” he tells Broadsheet. “From buying the equipment to opening the doors with a menu ready to go.”

The restaurant and adjoining tasting room are located on a working farm in the small town of Sevenhill. “There’s this beautiful country road with sheep on the left,” Stephenson says of his drive to work. “You see a sign for Pikes Wines, turn in and it hits you in the face.

“It’s so close to the winery and everything is happening around you. They don’t hide anything, and I like that. There are tractors out the back and vineyards out the front. People get to embrace that for what it is.”

He admits the region wasn’t on his radar before the job came up. “I was attracted to Adelaide because of restaurants like Orana and Shobosho, but I’d never been to Clare before … This was a chance to look at that head chef role and make a mark on the food world.” The proximity to the region’s farmers was the deal-maker. “The dream as a chef is to be able to call in to the farm and grab what you want before you go to work,” he says. “That was a big drawcard for me. In Tassie you got to do that, in a sense, but here you really get to embrace it and there’s a lot of potential in the menu because of that.”

The construction of the new restaurant, tasting room and cellar was a big deal for the Pike family, who have been making wine in the region since the early ’80s. The vineyards sit on an ancient bed of 500-million-year-old stone (hence the name) but the restaurant and adjacent brewery are as modern as it gets.

Local architect Greg Pulford designed the structure, while Claire Kneebone (known for her work on Bread & Bone, Udaberri and 2KW) was engaged as the interior architect. Clare stone, Mintaro slate, sandstone from nearby paddocks and native timber (Tasmanian oak and curly chestnut) are used throughout. The region inspired the colour scheme, and the 75-seat dining space looks out over a large deck and vines.

Stephenson calls it “country hospitality with a fine-dining twist”. “You want it to feel elegant and feel like it’s a special place,” he says, “but you also want that country hospitality that makes you feel comfortable.” Local farmers often join local and interstate visitors for a gander and a bite – including a quail breeder who once pulled up at the brewery to collect wort. He and Stephenson got to chatting, and now his quail eggs feature on the menu, along with spice-fried quail with pickled vegetables, kewpie and miso egg.

Olive oil is estate grown; king oyster mushrooms are sourced from Watervale’s Little Bunyip and Beetaloo Gourmet Mushrooms in the southern Flinders Ranges; flour comes from the Flinders Ranges; and grains come from Four Leaf Milling at Tarlee, about an hour’s drive north of Adelaide.

There’s a distinct Mediterranean twist to the dishes – which might take the form of salumi with Ortiz anchovies; burrata with fresh tomato and olives; housemade pappardelle with nduja; or chickpea churros – drawing on Stephenson’s time at Mona’s Faro, where he worked with executive chef Vince Trim. “He’s probably the biggest inspiration of my career. I’ve never seen a chef work so hard in my life,” says Stephenson. “He was the man who inspired me to keep cooking.”

Wines and beers produced by Pikes often appear in Slate dishes, and Stephenson’s team produces a beer-garden menu for the brewery too. The full range of Pikes Wines and a guest list of local and international wines are available at the restaurant.

This article was published on July 18, 2019. Menu items may have changed.