It ruled the CBD for 48 years. Now Chesser is making a return – as Australian yum cha restaurant The Henry Austin, with couches, hotdogs and tinnies in the basement. 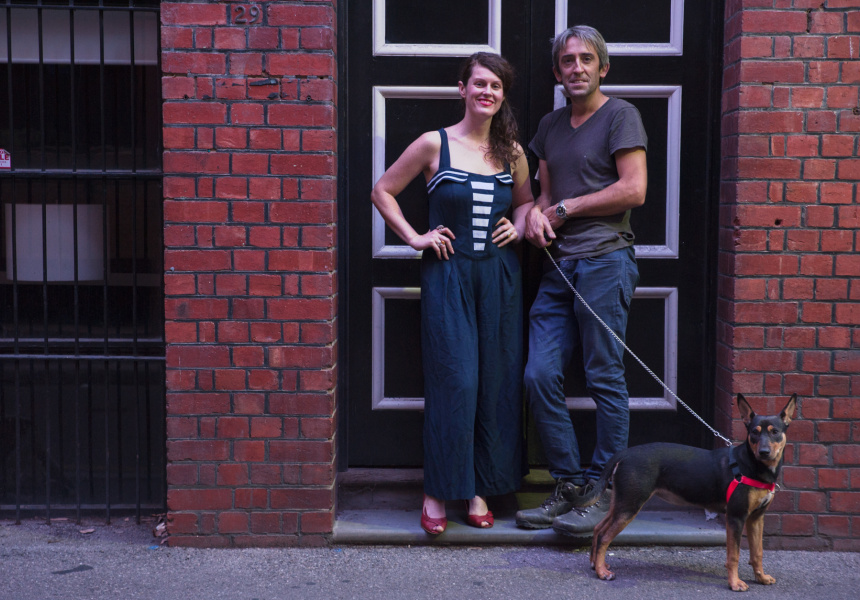 Spent bottles of Bollinger are still stacked above the bar at Chesser Cellar. The luxe Champagne is a reminder of the restaurant’s 48-year golden run. It came to an abrupt end in 2012, when then-owner Primo Caon announced his retirement.

“It was the place,” says incoming operator Max Mason. “You talk to people and say, ‘I’m looking at this space in the centre of town – Chesser Cellar?’ Their eyes glaze over because they got engaged here or their first date was here.”

Renew Adelaide has been battling to win the site for some time. The team finally pulled it off this year, but couldn’t raise interest from any Adelaide’s serial restaurateurs, who were spooked by the strict heritage overlay.

“The great thing about those guys is they go into a space and they completely transform it,” Mason says of the competition. “You can’t transform this. You need somebody who’s going to come in and say, ‘I want the whole place, warts and all.’”

He and Tess Footner are taking the plunge together. He ran Penny’s Hill Cellar in McClaren Vale for most of last year. Before that, food pop-ups Lola’s Pergola (Adelaide Festival) and Fear & Delight (Fringe Festival). Footner helped create and manage venues such as Africola, Bistro Dom and Chihuahua.

Together, their left-of-field CVs could be the right mix to resurrect Chesser, which they’re re-christening The Henry Austin. “The building is actually called The Henry Austin Building, and has been, long before Chesser Cellar, so it harks back to that,” Mason says.

The basement bottleshop will form the core of the new venue. It’ll be stocked with thousands of wines from the state’s best independent makers. Mason wants the producers to drop by once a fortnight and sell their products personally.

For most of us, this will be a mandatory stop. It’s here you’ll choose your bottle before paying corkage and taking it elsewhere in the venue. That could be downstairs, to sink into a comfy couch with a hotdog and a tinny, or upstairs for some “Australian yum cha”.

The concept is exactly what it sounds like: staff will rove the floor with trays of small dishes priced at $15 to $20. If you see something you like, you grab it.

“It’s up to the member of the serving staff to sell that dish to you,” says Mason, who came across the idea at State Bird Provisions in San Francisco.

Mason and Footner are excited to have Shane Wilson (ex-Bistro Dom) on-board as head chef. He’s known for his smart presentation, which has obvious advantages in a yum cha environment.

He’ll also be in charge of a daily takeaway menu, which has an interesting twist. Local workers will be able to rent a stainless steel tiffin tin for $10, returning it for a refill each lunchtime.

It all sounds a bit radical, but maybe that’s what’s needed to bring Chesser back. “It’s a huge challenge,” Mason says. “Everyone will come in either wanting to crucify you or wish you well.”

The Henry Austin will open in early June, 2016.