Chefs Fire Up for Tasting Australia 2017

Local and guest chefs will be playing with fire in Victoria Square. 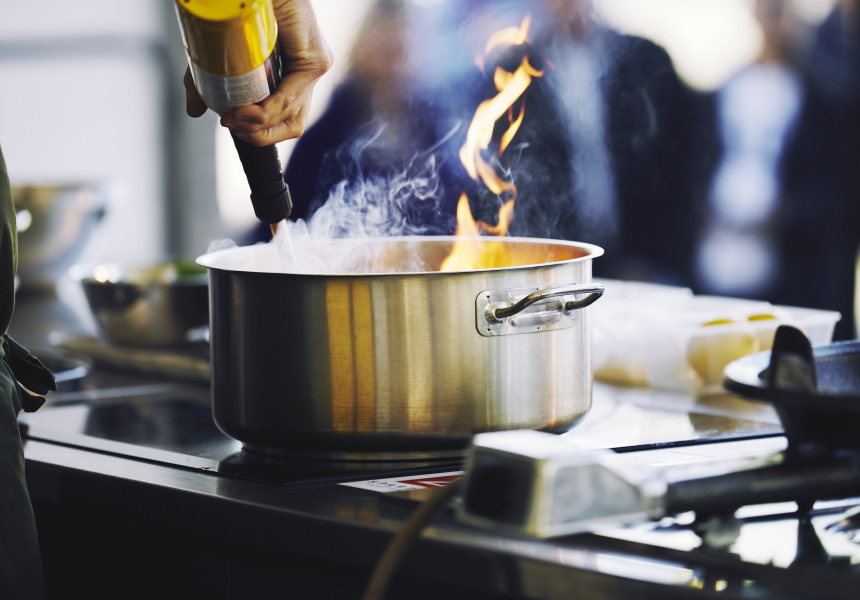 Kangaroo Island chef and cattle farmer Tony Nolan will use K.I. produce such as octopus, oysters and haloumi; and Clare Valley's Terroir Auburn chef Dan Moss will employ his fiercely local approach to cooking with a focus on vegetarian dishes. Local chef and native food expert Andrew Fielke will also be cooking with flames.

“Fire has been a favoured cooking method for hundreds of years, but it’s always exciting when it has a resurgence in popular culture,” says Bryant.

“As chefs we’re now looking back having been in a period of ‘the future of food’. I think it really swings and turns against sous vide cooking [food that’s cooked in a sealed bag under a controlled temperature], where often people experience a lack of feeling connected to cooking.

“Cooking with fire is more involved, more tactile, there’s more flavour and smell – it’s sensory. And it incorporates everything from making smallgoods and smoking them to baking sourdough and cooking from scratch.”

Fire is also the focus of a dinner at the Glasshouse Kitchen in Victoria Square on April 30. Chefs Lennox Hastie (Firedoor, Sydney), Thi Le (Anchovy, Melbourne) and Duncan Welgemoed (Africola) will cook a four-course dinner over coals. 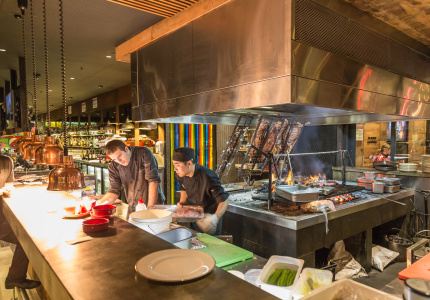