As our experiences with a city accumulate, they become deeply personalised – no two people will see it quite the same. In partnership with MINI, and ahead of the launch of MyBroadsheet, we’re asking some of our favourite locals to share a version of their city they’ve curated for themselves. 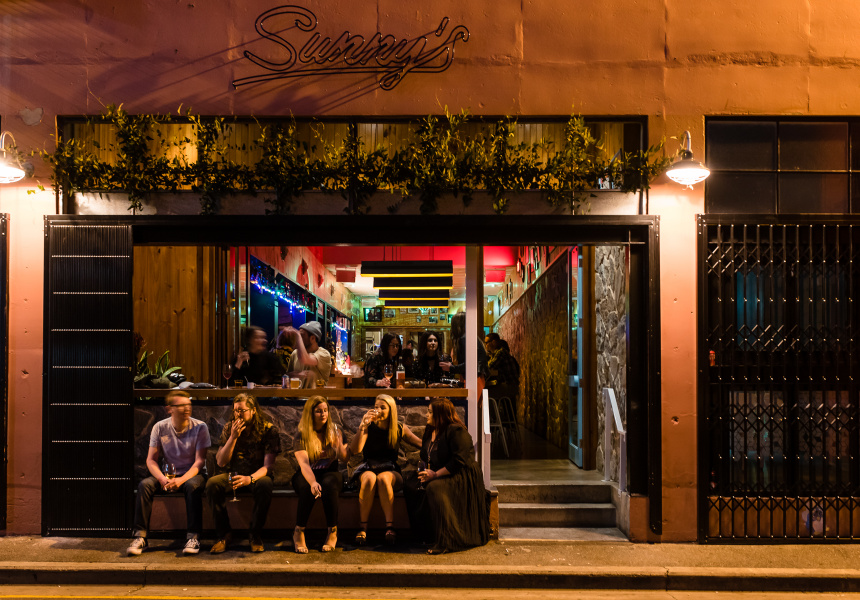 When it comes to local late-night eats, yakitori chef Adam Liston is an expert. His own restaurant, Shobosho serves dinner until 10pm or a bit later, after which Liston and his crew settle into their favourite spots on Leigh Street and surrounds for a post-work meal.

“It’s become Adelaide’s hotspot in a number of ways,” says Liston of the street where Shobosho opened just two years ago. More hip and upmarket than the nearby chaos of Hinely Street, he says, Leigh Street is where everyone wants to be. When you’re in search of after-hours sustenance, having a clutch of top recommendations in one area is key.

“Some of these places are more chef-y or hospo,” says Liston. “You go there after work and you might be sitting next to other chefs or waiters.”

We asked Liston to share his expert tips as part of the launch of MyBroadsheet, our new feature that’ll add a layer of personalisation on top of your regular experience of the site. MyBroadsheet will let you discover, document and save your favourite elements of the city through customisable lists and bookmarks. You’ll never be stuck for somewhere to eat, drink, shop or visit ever again.

Anyone can drop into these five spots – hospitality background not required. Here are Adam Liston’s picks.

Ying Chow
Gouger Street’s no-frills Chinese is an appealing after-work destination for Liston, whether for takeaway or a sit-down meal with his restaurant crew. He singles out the smallish restaurant’s coriander chicken, beef tendon hot pot and shallot pancakes as particular gems. Ying Chow is more of a late-night destination in Chinatown, open until 1am or just before (it only serves lunch on Fridays). Liston calls it a “super reliable cult classic” that’s all the better for its simplicity: “It’s nothing fancy. It’s just straight-up Chinese like you would find in any part of Asia.”

East Taste
“East Taste is the rival to Ying Chow directly across the street,” says Liston. “The menu in both places is similar but the execution is different and the room is a bit more comfortable and intimate. For some reason I think of East Taste as a healthier option than Ying Chow based on the room. Weird. I love the chicken and corn soup, I often get that takeaway after work if I feel run down or tired. It’s very comforting. The black pepper beef is rad. And always order fried rice in any Chinese restaurant.”

May Q
The new kid on Shobosho’s block of Leigh Street, this Korean restaurant is similar to the woody, minimalist fit-out of Liston’s own popular restaurant. But Liston soon found himself popping next door for the friendly staff and relaxed vibe. “We’d just been going in there for a bit of fun, but it’s actually a cool place,” he says, citing the beer selection, fried chicken wings and 2am closing time.

Fung Shing
Another hole-in-the-wall Chinatown treasure near Adelaide Central Market, Fung Shing is as quirky as it is low-key, which makes it a nice late-night stop when you’re not wanting to get caught up in conversation with friends who happen to be there. “Eat, drink, leave,” advises Liston, adding that it’s “like Ying Chow but more hardcore, cheaper and spicier.” It’s also not quite as busy, which is another plus in his book. His favourite dish is the admirably straightforward black pepper beef.

Sunny’s Pizza
“Probably the best pizza in Adelaide,” says Liston of Sunny’s, describing it as “real tasty, [with] light woodfired dough.” His top picks are the pepperoni, eggplant and four cheese pies, and he praises both the vibe (“sick”) and the staff (“awesome”). Of course, it helps that it’s just around the corner from Shobosho, and open late on weekends. Though the pizza stops around midnight, the bar stays open later – plus, more drinks can be had next door at Cry Baby. “It’s on a hidden street near one of the busiest streets, kind of tucked away,” says Liston. “It’s quite Melbourne-esque, down an alleyway in a corner that you would never find [otherwise].”