Becoming one of the city’s best bar-club hybrids hasn’t been without its licencing struggles (with more to come). But after half a decade, this West End bar is powering on with a polished-up street-level presence, a new bar menu and another five years on the lease. 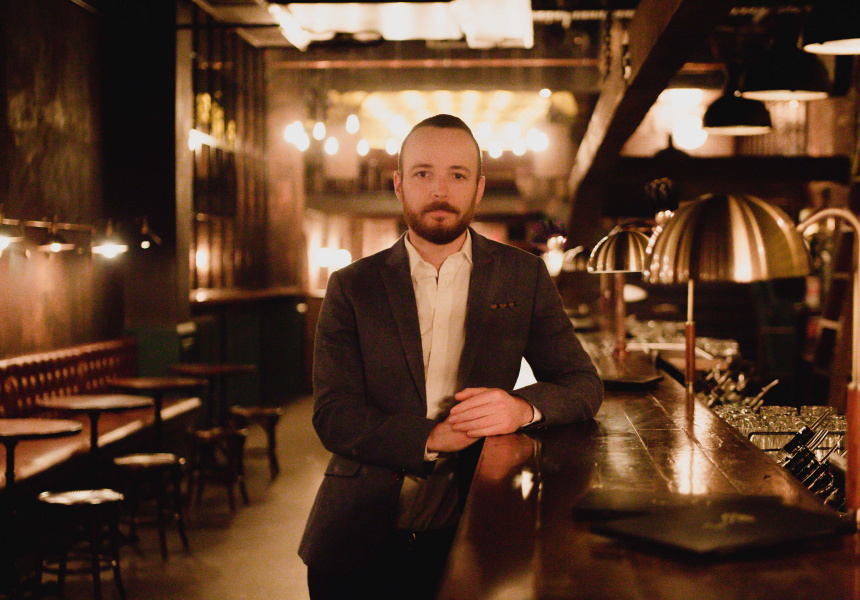 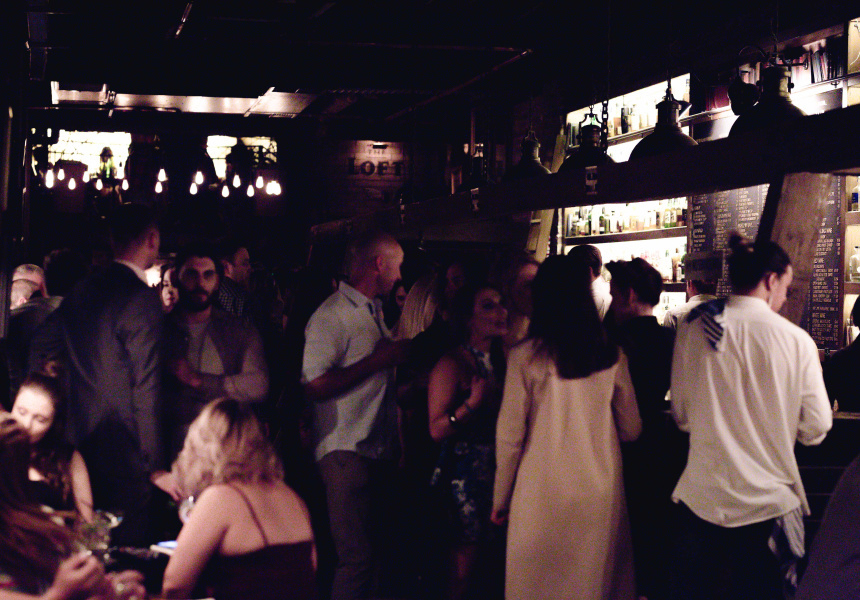 When Bank Street Social (BSS) opened in a West End basement five years ago, the brief was simple: “Meld a bar and a club”, says co-owner Shaun Campbell.

But that balancing act, in practice, is a delicate one. The Bank Street bunker is one of the city’s most seamless bar-to-club transitions, where a crowd of casually chatting drinkers could turn into a heaving d-floor without you even realising.

But that wasn’t always the case. BSS started on a small-venue licence that allowed 120 people and trade until 2am. “We could still do [what we do now] with 120 people, but the atmosphere is much better at 200,” says Campbell. “People would come down when we first opened after having to wait in a line and go, ‘It’s not that full’.”

The team applied for a special circumstances licence (which no longer exists under the latest round of liquor licence changes) but was forced to withdraw the application after pushback from several operators in the area (the process of applying for a new licence requires notifying local businesses). “It was a pretty painful process,” says Campbell. “We always had the space [for 200 people] but we were getting blocked by this coalition of pubs and big nightclubs.

“We adjusted our business plan, which included building a kitchen, and re-applied for an entertainment venue licence that we were ultimately successful with.” The new licence upped capacity to 200 and allowed trade until 4am.

BSS has just clocked five years, and renewed the lease for another five. To further cement its presence, the team has “reinvested” in the bar with a polished-up street-level presence, subtle design changes and a new bar menu.

Previously, the entry – sandwiched between Cibo and Zambrero – was a blink-and-you’ll-miss-it set of salvaged timber doors adorned with a tiny silver “BSS”. Now the new doors are a conspicuous forest green (with painstaking gold-leaf lettering), there’s a light box with the bar’s name that juts out from the wall, and underfoot tiling reads “Always Good Times”. Artist Tristan Kerr (Uppercase Studio) helped create the new identity. “We wanted to change our branding – five years ago I did the logo, the menu, the website,” says Campbell.

“It’s also about making the bar more visible, catching people as they walk to the train station or finish work,” he adds. There might be 190 people down there but “you don’t get an indication of how busy we are just by walking past – unless we’re at capacity and there’s a line”.

Through the doors is a refurbed foyer (designed by Studio-Gram and executed by Built by Ben) with a huge martini-glass neon sign by Kerr. Forest-green wainscot runs down the stairs and throughout the bar. The original fit-out by designer Claire Kneebone, inspired by turn-of-the-century New York, now features Kerr-designed light boxes (mainly dancing and cocktail related), and a bronze-mirrored wall leads up to the loft.

The bar menu, which was previously pizza-only, has also been souped up. And it’s available until midnight, daily. From the same tiny corner kitchen (“like Harry Potter’s cupboard under the stairs”, says Campbell) now comes freshly baked bread (plain for the cheese board or garlic-slathered as a standalone option), cauliflower tempura with spicy chipotle aioli, sautéed Barossa chorizo with a red-wine glaze, and hand-cut chips. “We wanted to have enough so people can come down for a proper meal,” says Campbell.

It’s onwards and upwards for BSS, but the recently announced liquor licence changes are yet another hurdle for the city’s bars. A substantial fee hike for venues open after 2am is causing particular concern among traders.

BSS co-owner Simon Orders told Broadsheet last month his fees would increase from $2000 to $6000 if he continues to trade until 4am on weekends.

“At 4am when we’re closing we still often have 150 people in here,” adds Campbell. “While I don’t think we’d cut back our hours – it’s just another cost you have to absorb – it’s frustrating. The state government uses venues like ours, like the guys on Peel and Leigh Streets, as a reason to come to Adelaide. But on the other hand, they choose to make [trading] more difficult.”

Most bars along Peel and Leigh Streets close at 2am, avoiding the new trading hours risk fee. But BSS’s bar-club-hybrid model is built on late-night trade; it attracts people leaving those small bars at closing time or those wanting to stay put all night long, filling the gap for crowds who don’t necessarily want to hit the club.

Ring in five years of BSS later this month at its two-night birthday bash on July 19 and 20. On the Friday there’ll be back-to-back sets (mostly disco, funk and soul on vinyl) from DJs who have manned the decks over the years. On Saturday there’ll be a cocktail collaboration with coffee-liqueur brand Mr Black.