With a chef from Osteria Oggi, a pizzaiolo from EST and an "urban jungle" fit-out from Sans-Arc Studio. 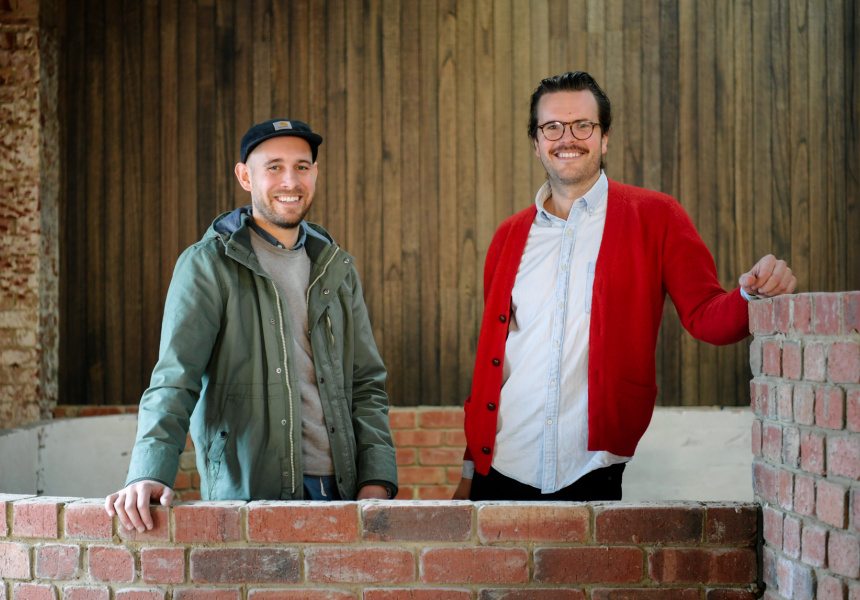 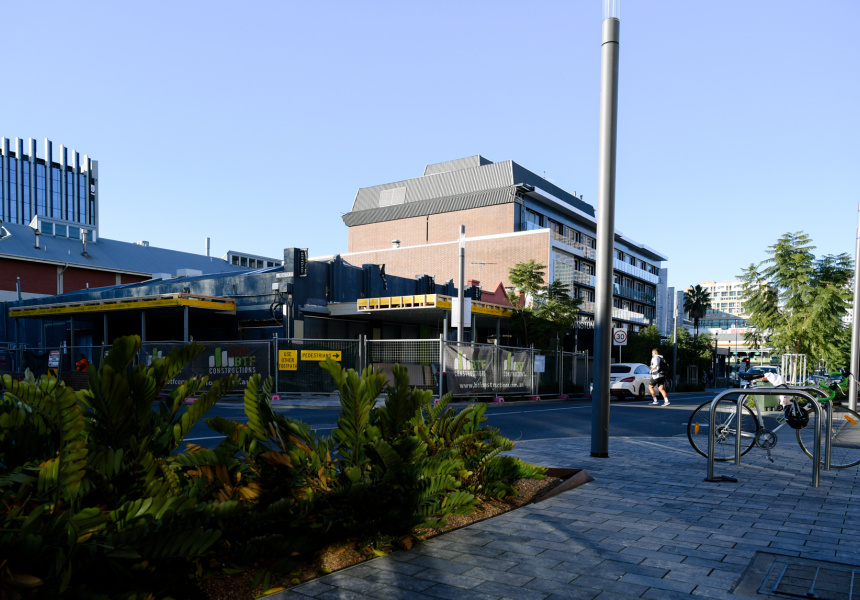 After sitting dormant and boarded up for years, Caos Café’s former digs on Hindley Street’s west end is buzzing with activity.

Both Tom and Lachlan trained as doctors at the Royal Adelaide Hospital nearby, and have watched the dramatic transformation of Hindley’s western strip. “Lachie and I had been talking for a while about doing something together, then this place came up for lease,” says Tom. “The proximity of the beautiful new development with the uni and the street facade and the hospital down the road – that was the initial impetus.

“It’s such a huge space. It was so wrecked when we first saw it that we felt it had limitless potential.” When Broadsheet visits, builders are going hammer and tong to bring the long-vacant site back to life. We squeeze through temporary fencing and tarp to find a huge main room, spacious wine cellar, open kitchen and private dining area.

It’s more bar than restaurant but, as with an increasing number of venues, it’s a blurred line. “Bar comes before restaurant in the descriptor,” says Tom with a smile. “You can definitely just come for a drink,” adds head chef Mike Proud. “And then hopefully have a snack.”

The results will be like little else in the area. “We’re far enough away from Peel Street and Leigh Street,” says Mike, who’s come over from the Osteria Oggi kitchen. “As you head west along this end of Hindley Street it’s lovely. “And nice during the day as well,” adds Tom.

Stem will capitalise on the crowd of uni students and hospital workers nearby and trade from lunch until late from Tuesday to Saturday. The menu will lean Mediterranean, but the team won’t be bound by any one cuisine. “We don’t want to restrict ourselves … we just really want it to be fun and delicious above all else and to complement the wine,” says Mike.

“I thought I had the menu ironed out and even in the last two days I’ve changed half of it. It’ll be really seasonal. The goal is to change it regularly and keep it interesting. There’ll be everything from small grazing things through to larger shared options and we’ll do our own handmade pasta and a few pizza options as well.”

Tom and Mike walk us into the kitchen, unveiling a newly installed wood oven imported from Italy's Adriatic Coast. It's soon to be the domain of newly recruited pizzaiolo Jake Haughton from EST Pizzeria. “He’s got very strong opinions about pizza,” Mike says of his cooking partner. “He says he’s developed his own style. It’s not Napoli or Roman. He’s a gun and I’m looking forward to working with him.”

Beside the kitchen is a climate-controlled wine cellar that can hold up to 1200 bottles. “We’re aiming for broad appeal,” Tom says of the list. “We don’t want to corner ourselves into just local or just natural. We want to be able to stand behind every wine that’s on the list.” The timber-clad cellar also has a central bar table for tastings and events.

Designers Sans-Arc Studio have worked with the bones of the venue to create a “ruin aesthetic”, says Tom, evident in the stripped-back, exposed-brick walls, textural concrete and soon-to-be-installed greenery. “It’s sort of like an urban jungle … a bit brutalist in how much brick and concrete there’ll be,” he adds. The centrepiece is a sprawling three-tonne, ridged concrete bar, formed on-site and set between two sheets of corrugated iron.

The gigantic space could feel cavernous, but the designers have added a sense of intimacy through banquette seating that'll double as partitions. Above, skylights have been added to bring in natural light, and sliding doors and new front windows open up to the street.

“From very early on we wanted to blur the line between the outside and inside,” says Tom. “It was so dark and dingy in here, we wanted to really make it light and bright and green. We’ll have the capacity to seat nearly 70 people outside, so we want to embrace a European outdoor dining concept.”

A private dining area out the back will have a long concrete table (that seats up to 12), and a mural by artist Nicole Black.

Stem will open in August. Keep an eye on Broadsheet for updates. 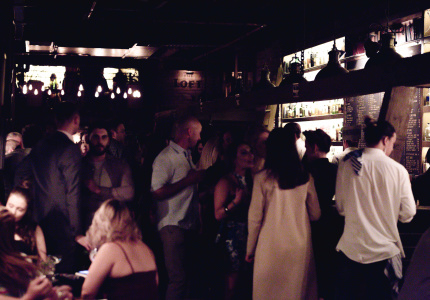