Two brothers dipped their toes in the family industry and birthed an award-winning winery. In partnership with Koerner Wine, we find out how they won over mum, dad and The New York Times. 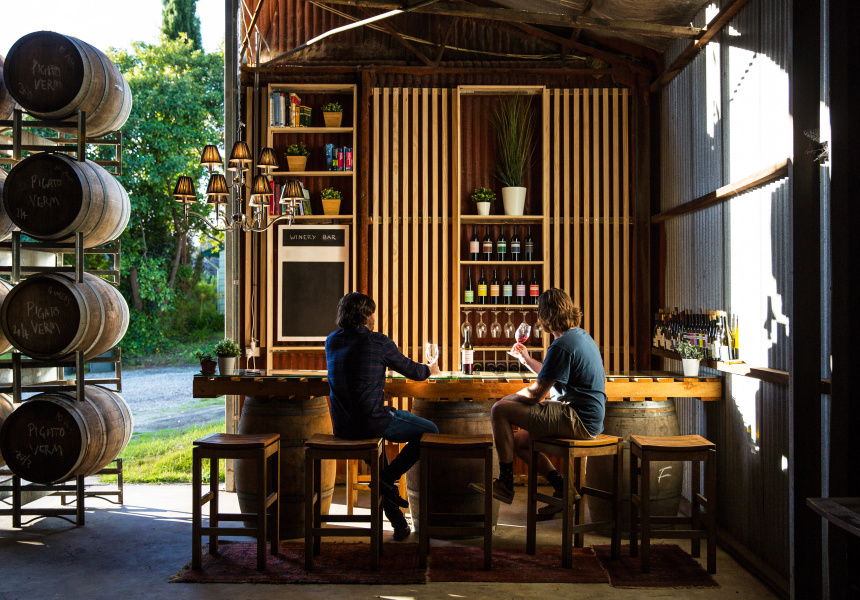 The Clare Valley in SA is one of Australia’s prime wine producing regions. It’s here Jono and Damon Koerner were born into the family business of growing grapes.

Parents Christine and Anthony weren’t making wines at their Gullyview vineyard; they’d simply receive an order from a large winemaker, then produce grapes to brief. “Back then it used to be all big companies coming in buying the fruit and making big blends,” says Damon. “You’d never really see where the fruit is going.”

As they came to appreciate the finer points of the industry and their parents’ work, the brothers decided this was not the future they wanted for themselves – or their grapes. After Damon did a stint working in landscaping and Jono tried his hand at being a DJ, the pair took off for work experience in France to see how boutique wineries there approached production.

“Seeing the [element of] craft in little vineyards in France, it showed how focused on the grapes [they were],” says Jono. “I think we brought a bit of that back with us.” They also developed an appreciation for the lifestyle. “Travelling and seeing the amazing wine regions and where it’s made – yeah, it didn’t take much to convince me to study winemaking,” Damon says.

When the brothers returned home, Damon took to studying viticulture while Jono worked in the sales side of the industry. Emboldened, they pitched an idea to their parents. Forget the sprayed chemicals and commercial-scale practice, they said; the less intervention the better. “We wanted to go as minimalist as possible,” says Jono. “Just let the soil and the place shine.”

In 2014 they took a batch of their parents’ grapes and created five barrels of vermentino, their first effort. They labelled it Koerner Wine. Soon drinkers were taking notice.

“It was a roll of the dice on many fronts,” Damon says, referring to both starting their own label and working with their parents. “It certainly hasn’t been easy at times. But mum and dad have always told us to give it crack and see how it goes. We’re now in our seventh vintage, and they can see it’s working.

They understand the old Clare way is not the only way. They’re getting more and more into drinking the wines, too. Mum used to say our rieslings tasted like flat beer, but she loves them now.”

So do the critics. In 2019 the brothers took out the top gong in the Young Gun of Wine awards, and their nielluccio sangiovese was voted second best wine and fifth best drink in Australia at the inaugural Drink Easy Awards. And last month they were mentioned in a New York Times article as a riesling to try.

Though they’re considered proponents of the low-intervention “natty” wine phenomenon, the brothers don’t call themselves natural winemakers. Not organic or biodynamic either. “You don’t have to be natural to make good wine,” says Damon. “The good sommeliers these days aren’t worried about whether it’s natural or not. Good natural wines are amazing, but there are many faulty ones. Most people just want well-made wines regardless.”

The Clare Valley region has a reputation for creating big, bold reds and crisp rieslings. Koerner makes more subtle variations – acid-driven, lighter reds, and rich and textural whites. For this reason, it’s unlikely sommeliers will pick out a Koerner Wine as a Clare Valley region rep. But Damon and Jono don’t care. In fact it makes them stand out.

“We’ve always said it’d be awesome to be in New York with a line-up of wines from around the world and someone managed to blind pick our Watervale Riesling or sciaccarello as a Koerner wine,” says Damon. “That’s our long-term goal.”

See the Koerner range and book a private tasting.

This article is produced by Broadsheet in partnership with Koerner Wines.

Produced by Broadsheet in partnership with Koerner Wine. Learn more about partner content on Broadsheet. 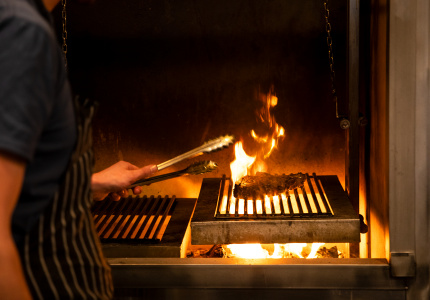 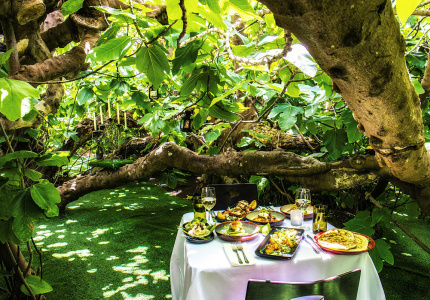