Known for serving up great coffee and an American-style brunch menu, this Jetty Road joint has expanded both in size and service. 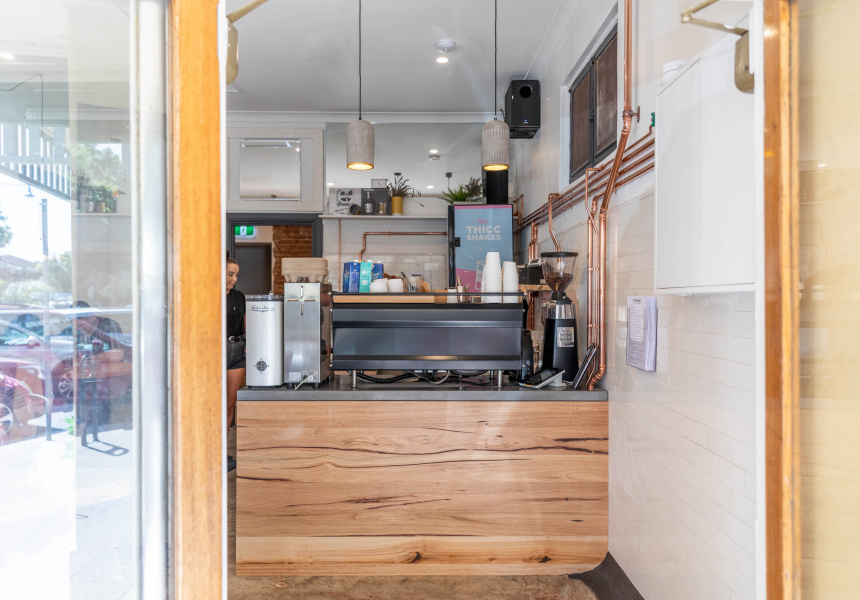 For a long time, Brighton’s Jetty Road was a black spot for coffee. But in 2015, Josh Rivers rolled the dice on a discrete, boxy tenancy with no street frontage and opened Cream (an acronym for Coffee Rules Everything Around Me). Four years on and the business is not just surviving, it’s thriving.

Last week, Rivers launched Cream 2.0 with 100 square metres of new dining space (acquired from the adjoining tenancy) and a completely redesigned kitchen. “The old Cream was a real rabbit warren, with all the side rooms and back rooms,” Rivers says. “Now it’s even more [like that]!”

The new extension brings in plenty of natural light, which really brightens the place up. Clean white tiles, bench seating and exposed copper piping give the venue a relaxed, contemporary feel. There's a new, second coffee station, too, to service takeaways while the original caters to the dine-in crowd.

One feature that remains untouched is the venue’s signature wall – covered in autographs from happy diners such as The Hilltop Hoods, Julia Gillard, Teresa Palmer and Timberwolf.

From next month the venue will now stay open late for dinner, too. The beachside diner has always served a breezy breakfast-brunch menu tinged with Americana: hotcakes with maple bacon and fried chicken, and so on (their doughnut breakfast sandwich stacked with egg, bacon, American cheddar, tomato, lettuce, rosti and mayo is a sight to behold).

Rivers says customers can expect a similar theme, with dishes inspired by his recent trip to the US. “I ate at every burger joint I could – In-N-Out, Shake Shack – all of the big ones,” he says. Expect hefty meals such as cheeseburgers with “baconaise” and house pickles, and buckets of fried chicken.

The venue is unlicensed, but Rivers reckons Americana is one of the cuisines you can do well without booze. “You can't do pizza or Italian or Chinese without alcohol,” he says. Cream offers post-mix sodas, and thickshakes made using a hydraulic press that churns dairy ice-cream into a soft-serve-like consistency. The drinks are made at -14 degrees, for maximum viscosity.

As the acronym suggests, Rivers is big into coffee, which has played an integral role in Cream’s success to date. On top of running his own cafe, he’s a state latte art champion and brand ambassador for roaster Five Senses. Cream will continue to offer a full espresso menu, plus a rotating filter offering, brewed through his gadget of choice – a Marco SP9.