There’s a shed in Royal Park designed with the express purpose of encouraging fun. And beer. 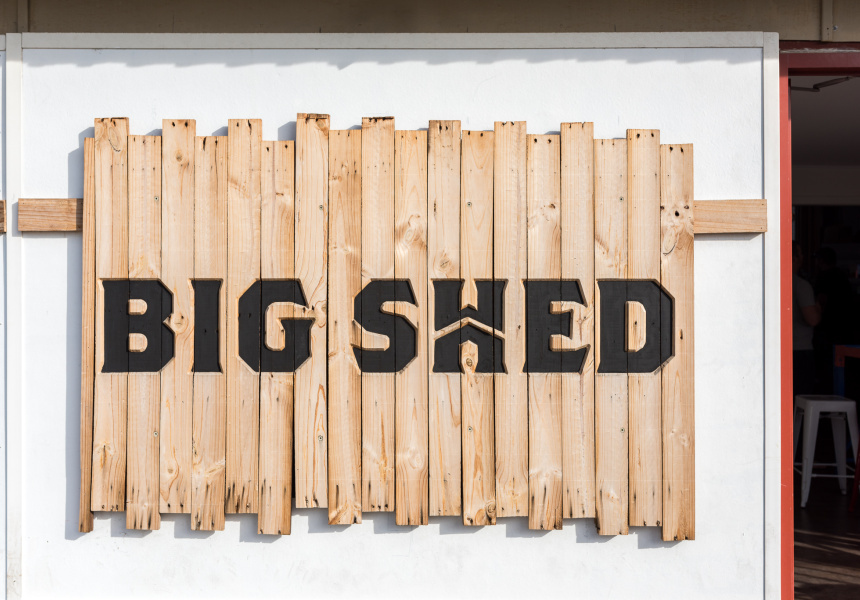 You’ve just watched the last piece of your new brewery being installed. You’ve been working towards this moment for almost a decade. You’re excited. But it’s 38 degrees outside, the day after Boxing Day, and your brewery is inside a “steamy as sh*t” tin shed. Others would wait.

But if you’re Craig Basford and Jason Harris, you get to work and brew a big brown ale.

“During our first four brew days, none were under 37 degrees,” says Basford. “I dropped about eight kilos.”

That first beer was dubbed FrankenBROWN – a combination of Basford and Harris’ favourite malt and hops. Basford describes that first batch as “ungainly”. With a few tweaks over the years, it’s become a cult favourite for their brewery the pair dubbed, Big Shed Brewing Concern.

Basford says Big Shed doesn’t take things too seriously. “We’re not dull,” says Basford. “We want to have a good time, put a smile on people’s faces and give them something they love. Style guides and medals don’t interest us a whole lot. All we care about is people enjoying what we put out there.”

The duo launched Big Shed Brewing Concern in 2013 after “eight years of talking and a year of planning.” Eventually they conceded they either needed to do it or stop talking about it. “Neither of us wanted to be 70 and wondering what would have happened if we didn’t give it a crack,” says Basford.

The first step was simple – build a brewery.

“We were two guys with no commercial brewing experience, no sales experience and no hospitality experience,” says Basford. “No one in their right mind would give us any money. That’s bloody reasonable.”

In order to cut costs, the pair designed the brewery themselves, working with a Chinese supplier rather than a local third-party contractor. When the driver finally arrived with their brewery in two containers, shipped all the way from China, the friends were ecstatic.

“We just about made love with him,” says Basford. “It was ridiculous.”

Their take on a Golden Gaytime ice-cream, the Golden Stout Time is made from cacao nuts, specialty malts and lactose (milk sugar). Yes, it tastes very much like the ice-cream.

Growth hasn’t stopped there. In late 2016 the pair opened their own bar, Westside Massive, in Semaphore. Although they made the decision to close - with plans to return soon in a new location that, as Basford says, "will be a rocking good time" - the venue helped expand the brand out of the brewery’s industrial location in Royal Park. The ongoing expansion is a chance for them to deliver both their beer as well as their ethos to a wider audience.

“I don’t want people to be scared of beer,” says Basford. “It’s just a beverage designed to taste really nice and make your day a little bit better.”