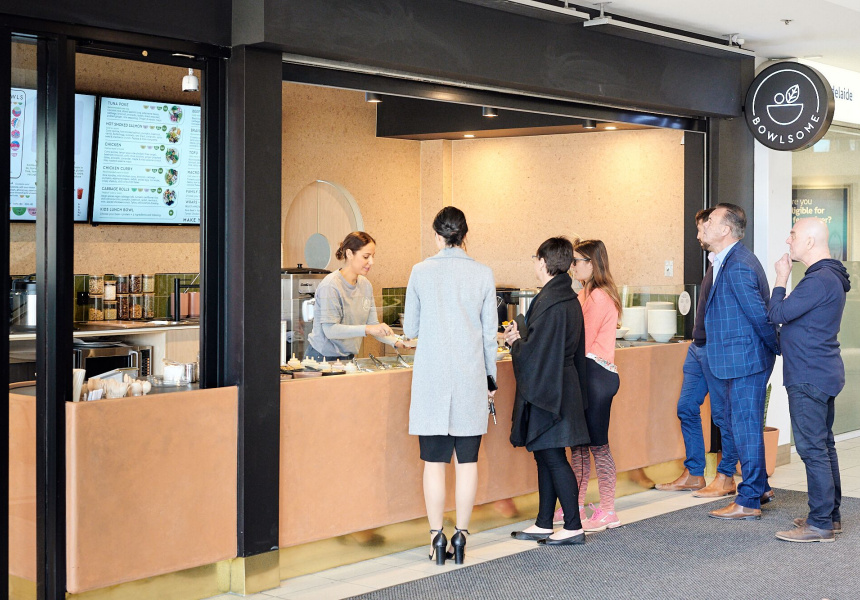 Danielle Elia’s super-charged bowl food concept Bowlsome has opened in North Adelaide. It’s the fourth site for the brand following locations in Burnside Village and the CBD, and a flagship at Henley Beach.

One week in, it’s already been welcomed with open arms by local residents. “People were coming from all different parts to try Bowlsome and we couldn’t be more excited to bring the brand to North Adelaide,” says Elia. “We’re thrilled with the response so far.”

“Smoothie bowls were something we always wanted to do, however, we wanted to perfect our recipes and the timing of the release,” says Elia, who wanted to ensure the nutritional benefits match the taste. “With the opening of the fourth store and coming into the warmer weather, it was the perfect time and natural evolution for our brand.”

Elia designs each store herself and adapts the fit-out to suit the location. The North Adelaide site has more of an urban feel but keeps the earthy Bowlsome vibe. “This store has a terracotta concrete render counter by Concrete House, who did our first ‘Well’ at our Henley store. I’ve used cork flooring on the walls, pops of olive green tiles by Earp Bros and fixed stools by local designers Agostino & Brown,” she says. Neutral accents allow “fresh seasonal produce to be the hero, with colour bursting from the fridge” she adds.

Next door, Elia and husband James Anthony’s all-day eatery Pippo is nearing completion. It’ll open in October after the couple launches their new espresso bar, Way Back When, on the ground floor of the new GPO Building. Keep an eye on Broadsheet for more details on those two venues.

This article was published on September 24. Way Back When and Pippo have since opened. 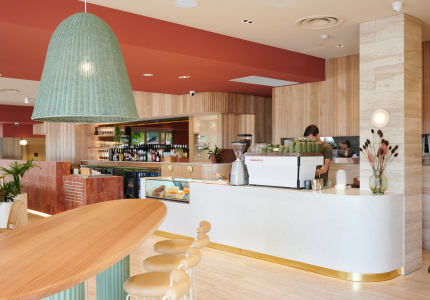