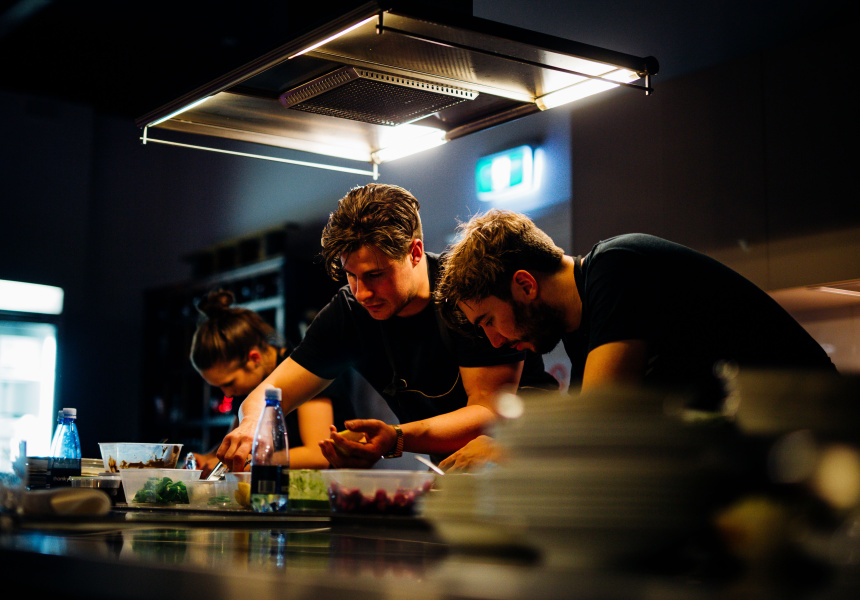 Put August 18 in your diary. After a successful dinner debut at the Central Market Kitchen in June, Max Sharrad (Orana) and Laura Cassai (Orana, MasterChef 2014) are bringing Kitchen Selva back to the site.

The pop-up restaurant is named after the Italian word selvatico, meaning “wild”, “savaged” or “foraged”. “We have a strong focus on wild and foraged ingredients, specifically from South Australia,” Sharrad says. “We’re about supporting local and small producers, using the best of what is in season.”

Taking inspiration from childhood memories, the pair believes food is a great vehicle for nostalgia. “The very first course we sent out at our June pop-up was a pasty with ketchup,” Sharrad says. “Something my brother and I would have baked for us by our papa every Sunday.”

The pasty meat was replaced with wild porcini from the Adelaide Hills. “I took that memory and made it relevant to what Selva stands for,” Sharrad explains.

Expect to see plenty of wild herbs on the menu, as well as Barossa Dairyman’s butter from Jersey cows, and Abbots and Kinney sourdough.