Bon Appétit at So Frenchy So Chic

The French festival is back for 2019, with an artisan menu to match. 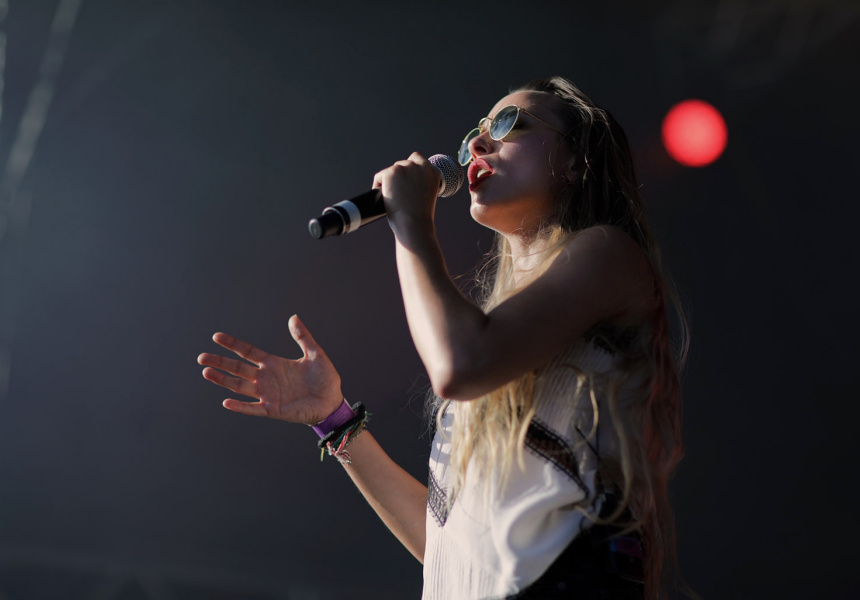 So Frenchy So Chic

Photography: Courtesy of So Frenchy So Chic
1/10
by Casey Vassallo
Share

So Frenchy So Chic isn’t just a music festival – although, with an impressive all-female line-up featuring French treasures such as Camille, Yelle, Clara Luciani and Cléa Vincent, it is an impressive one. Its distinctive food offering draws in crowds every year too.

Fromage, croque-monsieur and champagne are just a sample of the French cuisine that will make an appearance at this year’s event, alongside “Frenchy” cocktails, calamari, ice-cream, and raclette. Or, festivalgoers can do the full picnic thing and pre-order a cheese or charcuterie hamper, with choices for singles, couples and families, including vegetarian and gluten-free options.

What you’ll find in each city will differ, each with vendors known for bringing French flair to Australia.

In Adelaide, Cliché will showcase how it pushes the French envelope. “We’ve always been very big in French fusion, [and] modern French cooking,” co-director Nathan Nababan says. “We would like to introduce that to locals.”

Being a hit at every festival to date, it’s bringing its French-Vietnamese crispy pork belly baguette with house-made apple slaw and nam jim sauce. There’ll also be the adjoining boulangerie’s house-baked ham and cheese croissant and, potentially, the restaurant’s prawn and lobster crêpes aux homard with a spiced cream sauce.

La Buvette and French-Algerian cafe-deli Le Souk will also be there on the day to feed the masses, provided it brings its savoir faire.