Since opening on Saturday, the slick neighbourhood coffee shop has been beckoning crowds of southern suburbs residents (plus their babies and their dogs). Come for D’Angelo coffee, Market Street pastries and bagels by a former Sibling chef. Stay for sightings of the shop’s lively namesake, Bobby the French bulldog. 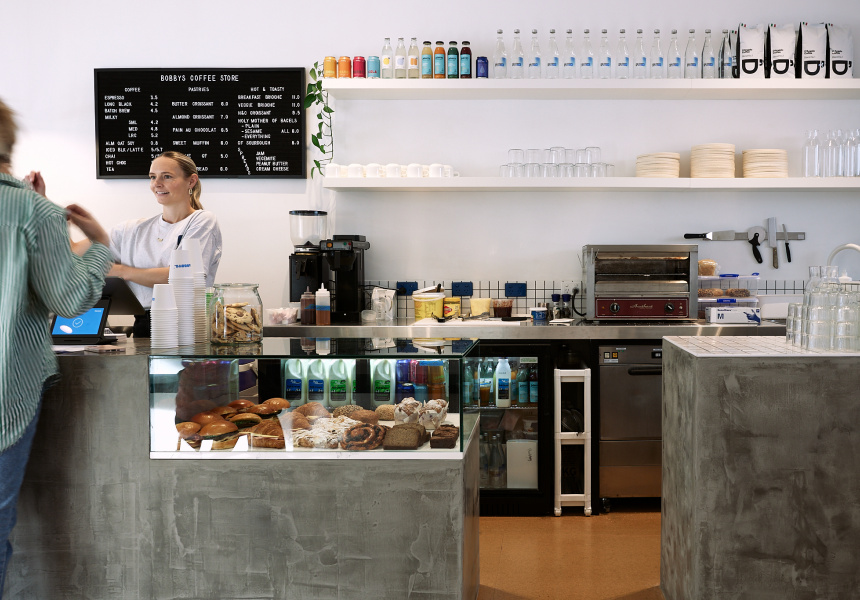 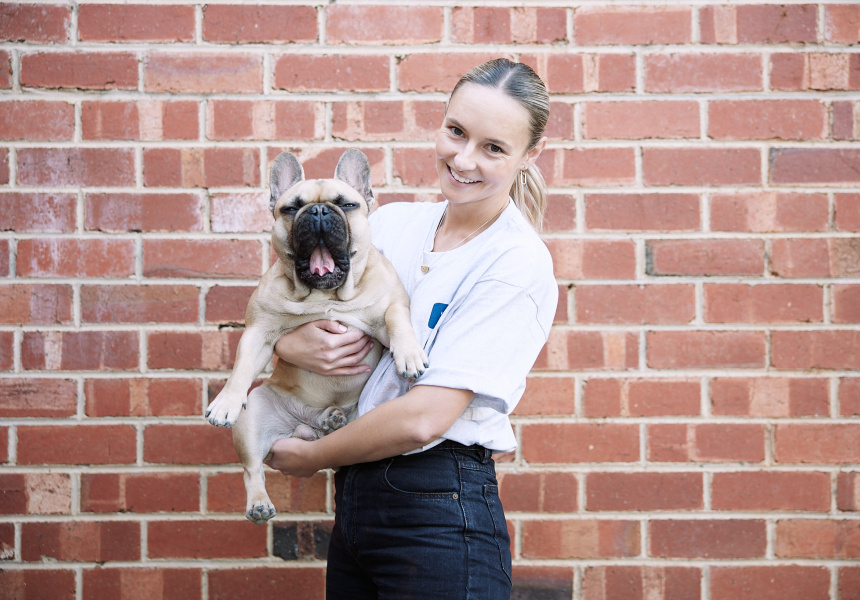 As a former pro cyclist, Jack Sutton has spent no small amount of time in coffee shops.

“Probably more time at the shop than I actually did training,” he confesses, laughing. “It was just something I came to love. Especially the small-community neighbourhood coffee shops. Somewhere people can gather – friends, family and kids.”

Now he’s established his own with the arrival of Bobby’s Coffee Store, which opened on Saturday among a row of non-descript tenancies on a quiet suburban backstreet in Warradale in Adelaide’s south.

“I’d always been in Brighton with Mum and Dad before we bought [a house] three years ago in Seacombe Gardens, so I’ve always been around this neighbourhood,” says Jack. “And I was trying to think of where there are corner delis or old corner shops, and I remembered this row of shops. So we came past and I knocked on next door and said, ‘Do you know who owns any of these shops?’ because they’ve never had any signage. They’ve never been active shopfronts.”

He got an answer, called the owner then and there while standing right outside, and said he was interested in one of the tenancies. He signed the lease four weeks later.

Jack, who also worked as an electrician for 10 years, and his wife Caitlin Sutton, a midwife, fitted the place out themselves, Jack even pouring the concrete for the coffee counter (so you can add concreter to his resume, too). The petite space is light and minimalist, with just a few white tables and chairs countered by colourful, bright wall prints by Melbourne graphic designer Max Blackmore.

“Adelaide can have that [mindset] like if you’re going to open a coffee shop you have to have big breakfasts … whereas we’ve always gone to coffee shops in Melbourne where we’d have a pastry and a coffee and it’s clean and little, not a massive space.”

They namecheck Melbourne darling All Are Welcome as inspiration (“It’s super minimalist, just bread and pastries, and they’ve got a really community-driven atmosphere … just all walks of life, it’s not pretentious,” says Jack) as well as Adelaide favourite Exchange Specialty Coffee.

It’s like nothing else in the Warradale area, providing a rare local meeting place for residents and passers-by. “We had some people comment on social media saying, ‘It’s so lovely to see a new small business open up in Warradale,” says Jack. “There’s just never been anything around here – you had to go to Jetty Road and Brighton.”

“And you can’t just pull up there and grab a coffee … it takes 20 minutes to get a park,” adds Caitlin.

“[Warradale’s] a big developing area,” she continues. “Especially for younger families like us. There’s lots of big old blocks, and they’re subdividing and building new houses.”

“All our friends who live around here – young parents with young kids – need somewhere they can come,” adds Jack. “Babycinos just walked themselves out the door [on Saturday].

“But the oldies love it just as much – that we’re young and having a go in their neighbourhood. Some of them have been here for 50, 60 years and there’s been nothing here. And now it’s thriving, it’s got people out and about and getting together. It’s super nice.”

So who’s Bobby, you may ask? That’d be the couple’s nine-month-old French bulldog, who’s quite averse to photos, as Broadsheet’s photographer discovered. “He’s like a real toddler,” says Caitlin. “I had to bribe him with toast.”

Eventually, the pair want to expand into evenings, doubling as a wine bar on Friday and Saturday nights, injecting another element of vibrancy into the neighbourhood.