The husband-and-wife duo behind the popular Peel Street restaurant has opened a sibling site with a cuisine-crossing menu, featuring Vietnamese beef tartare, a pho pot pie and a Sichuan-Cajun seafood boil, backed by a selection of tropical cocktails. 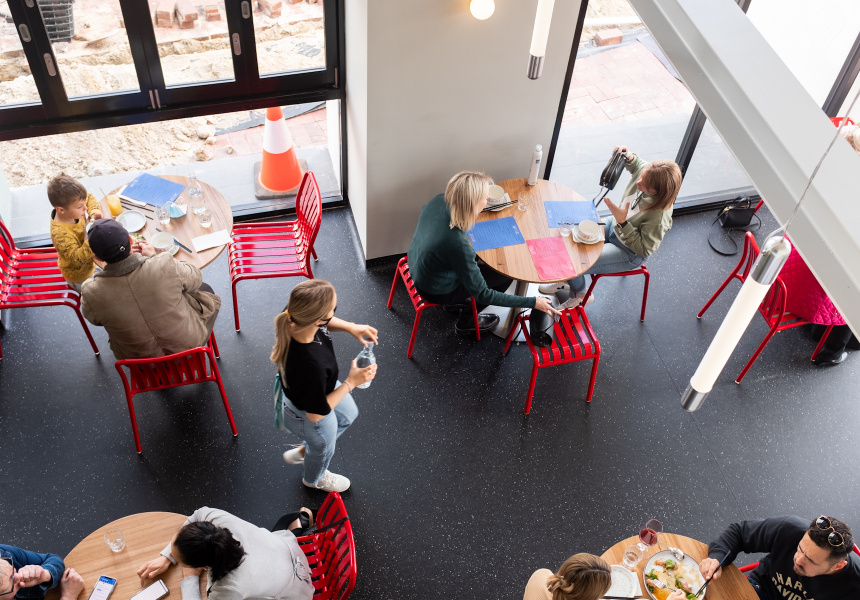 In 2015, Annie and Tuoi Tran opened Gondola Gondola – on the corner of Peel Street and Hindley Street – with a menu that drew primarily from Tuoi’s Vietnamese heritage as well as wider Southeast Asian influences. For its new sibling restaurant, Blue Rose, the pair are leaning more on Annie’s Chinese background (and neighbouring cuisines).

“It’s been six and a half years running Gondola and we’re ready to showcase new ideas with a new venue,” Annie tells Broadsheet. The beachside restaurant opened last week in the former 50SixOne site on Seaview Road.

“We know Henley is a beautiful and popular spot [but] there’s not many Asian options here. Thai Orchid has been here for more than 20 years which has given me confidence that if people can stay here for that long, if we keep doing what we do, we could be here for a long time too.”

The menu – by head chef Tuoi – mostly comprises a generous line-up of smaller dishes designed to share, backed by produce from Tuoi’s family’s farm in Virginia. The family connection is writ large in dishes such as “A mothers love” – a cucumber salad made using Annie’s mother’s chilli oil recipe, Tuoi’s own vinaigrette sauce, and his mother’s Lebanese cucumbers.

Among the larger dishes are the soy-base Taiwanese braised pork with peanut and dried-shrimp crumb, pickled white cabbage and sambal belacan; and a Chinese spiced slow-braised lamb shank with master stock jus, Asian hummus and chilli oil, served with roti.

“Cajun spice is a standard spice used in seafood boils, but we’re adding our ingredients to it like the mala butter,” Annie says. The flavour is spicy and pungent, it’s like a seafood stir-fry with a lot of sauce and spice.”

Pair it with a suitably beachy, tropical cocktail – such as the signature Blue Rose, a sweet, florally mix of white rum, butterfly pea flower tea, Licor 43, elderflower, yuzu and aquafaba.

The drinks list also includes white, orange, pink and red wines from from locals such as Delinquente, La Prova, Brash Higgins and Vinteloper alongside a couple premium Italian imports. Among the handful of Asian beers is Blue Rose’s house lager on tap, made by Barossa Valley Brewing.

Overlooking Henley Square, the open, lofty fit-out – designed by Sans-Arc Studio and built by M Samaras Build – is all cool colour tones with accents of red and features an exposed kitchen, front bar and a dining turntable at ground level, plus more seating on the mezzanine. 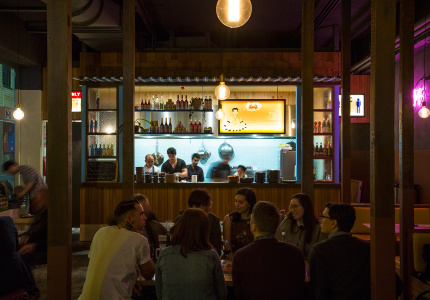